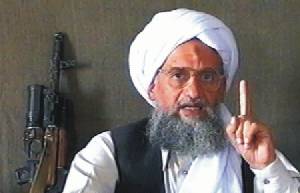 Adrián Mac Liman writes that Spanish intelligence services have abundant reason to be concerned about another Jihadist attack because of the Ayaman al Zawahiri’s latest message to the West. The advance of radical Islam in Magreb, just kilometres away from Europe, stands as a growing source of possible confrontation. Mac Liman writes that Jihadism does not always follow Al-Qaeda, however, and the real question to be asked is: Does the Muslim world actually want to re-conquer Andalusia?

THE UNITED STATES ARMY will send a contingent of Apache, Navajo and Sioux to Afghanistan to accelerate the search and capture of Taliban guerrilla. Emulating the World War II example, the Native Americans will join a team charged with confusing the enemy with completely unintelligible radio messages.

The news, disseminated by transatlantic media, provoked not only general stupor, but also a smile directed at the irony of those who refuse to confide in George W. Bush’s extraordinary propaganda campaign.

THREATS AGAINST THE WEST
Three years ago, other elite pentagon troops were able to find where Bin Laden was hiding in the mountains between Pakistan and Afghanistan. The family of public enemy number one was told that whatever happens, not to worry about the health of Al Qaeda’s leader. Curiously, this series of events has gone unreported in the media.

[1] The reason for inaction three years ago is that alive, Bin Laden could only become a nuisance to his ex friends in Washington. Dead, he could evolve into a martyr of Islam capable of creating an immense wave of radicalism in the Muslim Arab world. After weighing the pros and cons, someone decided to erase and forget Bin Laden’s tracks. After that episode, the White House raised the curtain for the third act of their Global War on Terrorism.

Leaving aside the theatrical, if not Hollywood-esque, nature of the Pentagon’s Operation red skins, it is necessary to evaluate the gravity of the risk surrounding Al Qaeda’s second in command, Ayaman al Zawahiri’s, threats against the West he made this past March 11th, three years after the train bombings in Madrid, Spain.

The message, apparently directed toward two European countries that sent troops to Afghanistan, Germany and Austria, is both simple and unsettling. The message can be summarized in few words: leave Afghanistan, Lebanon and all Muslim lands. The message applies directly to the actions of José Luis Zapatero’s government, accused of leaving soldiers in Afghanistan as the Taliban plan to raise an offensive against the feeble, pro-Western regime supported by NATO.

[2] RISK OF FUNDAMENTALISM
Some experts in the fight against terrorism estimate that the Zawahiri’s threats could be predicative of another attack on Spanish soil, and the rapid spread of Africans supporting the integration of Andalusia into the Muslim world in the Magreb region, just kilometres away from European border, doesn’t dissuade their fears. Spanish politicians and intelligence agencies have plenty of reason not to discount the chance of another Jihadist attack. In general, integrationist discussion tends to stay away from broad geopolitical considerations and concentrate on Andalusia.

Despite these threats, it cannot be forgotten that the radical Jihadist agenda doesn’t rely solely on the position of Al-Qaeda. For decades, the history books used in Saudi classrooms allude to Andalusia as part of the integrated Muslim world, but the Saudi princes, loyal to their Western allies, have let blatant errors go by unnoticed.

At the hour of truth the guilt falls, as always, on Bin Laden and his followers. Despite this, one must ask: Does the Muslim world really dream of re-conquering Andalusia?