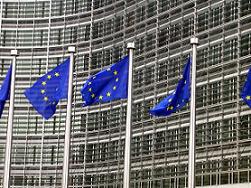 Luis Méndez Asensio considers that despite its relative youth, the European Union is beginning to show signs of exhaustion: attachment to sovereignty, slowing of the economy, the regression of the welfare state, and conflict between its members. In Méndez Asensio‘s opinion, the only solution for a weakening union is the revitalization of its foundations, involving the citizenry of Europe in the progress and woes of the entire community.

THE EUROPEAN UNION HAS BEGUN TO SHOW SIGNS OF WEAKNESS, which, after such a large institutional journey, are understandable. However, the exhaustion has arrived much earlier than expected, considering the fact that the successful switch to the Euro has still not taken place in all member States. Other EU projects, like the free traffic of people and goods, the strengthening of security, and the implementation of uniform regulations on immigration have yet to be carried through unanimously by the members. Partial and often minority application has become a norm in the Union.

The EU depends on the convergence of wills of its various members. Yet, the collective action problems of uniting so many different countries behind policies whose benefits are not always apparent have increased over time. Attachment to sovereignty, the pressure of public opinion, the slowing of the economy, the recession of the welfare state, and the clash of conflicting foreign policies have all weakened the power of this young organization.

[1] REINFORCED COOPERATION
The most recent polls show a worrisome tendency towards skepticism throughout Europe, another symptom of an early stage. Far from optimism, many European citizens have openly expressed their suspicion, if not their discontent, with institutions that appear distant and inefficient. During times of uncertainty, strong institutions are urgently needed. And to many Europeans, the EU is ignorant of the daily needs of its citizens to such a point that it fails to intervene even in the most widespread crises. Corruption, excessive bureaucracy, lobbies, and a lack of consensus on the political and social development of a union that grew mainly out of financial and economic interests, characterize the majority opinion of the EU.

For the EU to work, its two separate tracks –economic and socio-political– must be carefully balanced, allowing the countries to move forward with a common spirit. The formula to balance these competing interests must be exact to avoid making demands that the EU cannot itself accept, such as constant progress based upon the implementation of absolute equality for all citizens and members of the EU. This, which in Brussels is known as reinforced cooperation, makes it seem as if the Union is fragmenting based on each individual country’s worries to produce asymmetries and favor the material interests that are dominant on the rest of the planet.

THE COMMUNITY TRAIN
The dissatisfaction of each of the members of the EU reached its height following the resounding No‘s of France and Holland to the constitution. Before this weakening, the only solution is revitalization, involving the citizenry with punctual and truthful information, and encouraging them to participate in the progress and pains of the community.

Of course, to rescue the EU all the political, social and economic actors capable of influencing the debate on Europe must arrive at conclusions that can be understood by the people. It is more important that the community train move slowly, stopping when necessary, with all of the wagons connected, instead of testing its engines and running the risk of arriving at the station with nothing but a worn-out locomotor and a few privileged cars.