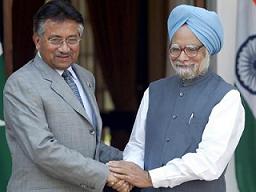 Sohail Mahmood writes on the history of relations between Pakistan and India and underlines the essential need for dialogue at all costs. Despite the existence of many contentious issues –from Kashmir, to Siachen, to the destabilizing United States–India partnership–. Mahmood believes that much progress has been made in creating peace in South Asia. But in order for negotiation to work, both sides must set aside their long history of enmity, and build trust. Only then can the incredible potential of Pakistan and India, wasted for so many years by senseless conflict, be realized.

THE CURRENT PEACE PROCESS BETWEEN PAKISTAN AND INDIA was initiated by the BJP government when Indian Prime Minister Vajpayee visited Lahore in 1998. At the time, Pakistan’s Prime Minister, Nawaz Sharif received Vajpayee graciously, and the meeting resulted in the issuance of the Lahore Declaration. Yet, immediately following 9/11, relations began to sour. The Vajpayee-Musharraf Summit of 2001 was inconclusive at best, and the Islamist attack on the Kashmiri legislative assembly and Indian Parliament only raised tensions more.

India and Pakistan began to deploy troops along the border again, mobilizing a mutual total of one million soldiers. On the brink of war, the United States stepped in and defused the crisis. Yet, Kashmir continued on as a manner of great contention. In 2004, a summit of the South Asian Association for Regional Cooperation (SAARC) was held in Islamabad, and dialogue attempts were renewed.

PROGRESS IN NEGOTIATIONS
Ever since, negotiations have been steadily improving. Composite talks on visa liberalization, consular access, the facilitation of pilgrimage, and the creation of a cultural exchange program, have gained momentum, as well as dialogue on the mutual interests of agriculture, health, education, environment, science and technology. In 2005, Foreign Minister Khurshid Kasuri of Pakistan, and Natwar Singh of India, made a pact to continue the peace process at all costs.

Now in the spring of 2007, despite the setback caused by the July 11th, 2006 bombings in Mumbai, the dialogue process has expanded to include some eight areas of cultural, political, and social exchange. Most recently, the Indian and Pakistani governments signed the following agreements: The Missile Test Warning Accord, the Coast Guard Hotline Accord and the Iran-Pakistan-India (IPI) Project

KASHMIR
At the time of Partition in 1947 the princely state of Kashmir had a Hindu ruler although Muslims constituted a majority of the state’s population. India and Pakistan went to war over the territory in 1947-1948, concluding in a UN brokered ceasefire in 1949 that divided the country in two. In the Simla Agreement of 1972, India and Pakistan decided to resolve the issue through bilateral negotiations rather than international forums. Since then, Kashmir continues to pose a serious problem for both countries: 1/3 of Kashmir is under Pakistani control, the rest under Indian jurisdiction.

On April 2, 2007, Pakistan Foreign Minister Kasuri met with External Affairs Minister Pranab Mukherjee to discuss the issue of Pakistan. Both agreed on taking a sincere, purposeful, and forward-looking approach to the issue for a peaceful settlement. Musharraf maintained that Pakistan’s infiltration of Kashmir had ended, and stressed India’s need to improve its human rights record as a confidence building measure (CBM).

[1]POSSIBLE SOLUTIONS
Many different solutions have been discussed over time. One suggested the handover of Kashmiri Muslim districts, currently under Indian jurisdiction, to Pakistani control. Another, the Chenab solution, proposed the inclusion of all of the land west of the river Chenab (the Srinagar valley) into Pakistan, while the Hindu-dominated Jammu and the Buddhist-dominated Ladakh would remain in India. While widely supported in Pakistan, it is unlikely that India will support such an agreement. The Chenab solution offers no new land to India, and instead requires the country to give up territory that it already controls.

Also important in this debate are the perceptions of the Kashmiris themselves. Mirwaiz Umar Farooq, chairman of the All Parties Hurriyat Conference, claimed that what the Kashmiris wanted most was the demilitarization of the region by Indian troops. And many, even those within the Indian government itself, share this desire. Mufti Mohammad Saeed, leader of the People’s Democratic Party (PDP), has warned that his party would quit the government if India does not reduce the number of troops it has deployed in Kashmir.

Without a settlement in Kashmir, there can be no peace between India and Pakistan. Kashmir, however, is not the only contentious issue complicating peace.

THE SIACHEN DISPUTE
At 6,300 meters (20,700 feet) Indian troops continue to try and defend the 78-kilometer Siachen glacier at an estimated cost of up to $1 million a day. Siachen glacier, in the northernmost region of Kashmir, is an icy wasteland, and was left out of the peace agreement following the 1971 War because it was considered uninhabitable. Since 1984, when Indian troops inhabited the zone to preempt a Pakistani takeover, the two countries have held 11 rounds of talks in an attempt to resolve the conflict. There has been no fighting on Siachen since the November 2003 ceasefire. But while both countries have agreed to withdraw troops from the Siachen glacier, neither has been willing to move first.

At the 11th round of talks, held on April 8 2007, Pakistan’s Defense Secretary Kamran Rasool reportedly walked out of the meeting on the demilitarization of Siachen. Pakistan maintains the opinion that India should withdraw its troops to their 1984 positions. Yet, the Indian delegation has refused to make the first move, instead demanding that Pakistan sign a road map for peace, and authenticate the location of its troops. As an editorial in The Dawn successfully summarized, The stumbling block is the historical mistrust between the two countries.

[2]US-INDIAN PARTNERSHIP
In 2004, the United States and India agreed to expand cooperation in three specific areas: high-technology trade, civil space programs and civilian nuclear activities. This newly formed partnership has created yet another impediment to the peace process in South Asia. Before nuclear technology could be shared with India, the Congress had to approve the deal, which constituted a violation of US law banning civilian nuclear cooperation with countries that have not agreed to the Non Proliferation Treaty. India remains outside the NPT, but it has agreed to submit 14 of its 22 planned reactors to the inspections of the IAEA. The 8 power reactors exempt from inspections can provide 130-kg of plutonium-239 annually, equipping India with the capability to produce 25 to 40 nuclear weapons annually.

India’s present stockpile was estimated at about 100 nuclear bombs. There was no provision for a weapons cap in the agreement. India agreed that eventually 80 percent-90 percent of the country’s nuclear system would be under international safeguards once the deal was implemented.

ARMS RACE IN SOUTH ASIA
What are the implications of such an agreement on Pakistan? Although the United States-India agreement concerns the use of nuclear energy for peaceful purposes, US assistance will undoubtedly contribute to an Indian military build-up. And if India steps up the production of its nuclear material, Pakistan will undoubtedly follow suit, as will China. The agreement, therefore, subverts the NPT and may well lead to a nuclear arms build-up throughout South Asia.

The US has already assisted India’s military development in a big way. It has sold maritime aircrafts (P3Cs) as well as UAVs to further augment India’s surveillance and offensive capabilities. The US has also offered to sell F-16 and F-18 aircrafts to India along with long-term manufacturing rights. And as India continues its rapid military buildup with US support, the danger of the destabilization of the entire region is increasing drastically.

THE IPI PROJECT
US involvement has further complicated the proposed IPI Project between Iran, Pakistan and India. In an attempt to garner favor among the Americans, India has moved to sanction Iran’s nuclear enrichment program in the United Nations, while at the same time reaffirming its commitment to the IPI project. The US, meanwhile, has taken a stance of strict opposition to the proposed pipeline, despite its importance as a CBM in the building of peace between Pakistan and India.

With the catastrophe of Iraq and Afghanistan, and the hypocrisy of sanctioning Iran while ignoring Israel, the US has turned the public opinion of the world’s Muslim population against it. In order to improve its legitimacy as a world power, and reduce pressure on Pakisan and India, the US should normalize relations with Iran and support the IPI project.

[3]DIALOGUE AT ALL COSTS
Both Pakistan and India desperately need peace in the region. Each has ambitious economic plans, which have earned them great admiration from abroad. India’s economic development has been spectacular, with a growth rate of over 8 percent for the past three years, and a massive reduction of poverty. Pakistan too has reached growth rates of 7 percent, and seen tremendous economic progress. But the conflict continues to limit the progress of both countries.

Although terrorism has caused many setbacks to the negotiation process, it is essential that dialogue be continued. Pakistan has realized the urgent necessity for negotiation, and has given much leeway to India. The Pakistani government no longer demands the fulfillment of UNSC resolutions as a prerequisite to negotiation. India, meanwhile, must fulfill its side of the bargain, and provide CBMs to move the peace process forward even more.

A long history of enmity is not easy to reverse. But once a resolution is reached, valuable energy and resources can then be diverted to solve the economic and social problems of the teeming millions living in abject poverty and helplessness in both India and Pakistan. India must step away from its path of self-aggrandizement and earnestly negotiate with Pakistan to resolve the Kashmir dispute. South Asia has enormous potential. But only through peace, can this potential be realized.