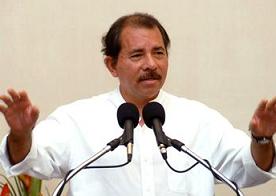 The neo-liberal government’s succession in the last decade of the 20th century and the beginning of the 21st has left the government of Daniel Ortega a devastated Nicaragua and sinking into poverty, with important challenges to confront. The new army seems to show their willingness to assume the challenges.

FROM THE ELECTORAL DEFEAT OF THE SANINISTA REVOLUTION, three neo-liberal governments reached power, in 1990, 1996, and 2001. During these years, the country was dismantled to the foundations. In 1990, Sandinistism entered more than 300 state-owned companies into the new government; in 1995 none remained. Also, their last aerial line of their national flag, their fishing industry fleet and the merchant navy disappeared; or was the centenary and beautiful locomotive of the last railway in the country saved from the banquet of national goods.The largest industrial effort never saw Nicaragua’s history or was settled. The complete agricultural industry of Valle de Sébaco, the Timal sugar ingenuity, the Chiltepe lacteal project and the African palm tree project, which estimates to hundreds of millions of dollars, were demolished. They privatized natural resources, the telephone company, electric energy, the national cement industry and the bus industry. The state reduced a minimal bureaucracy, dedicated to completing the structural plans of the International Monetary Funds (IMF [1]), that had positive macroeconomic results, but with a devastating social cost.

Some manipulated and dark privatizations, in benefit of linked groups to the power, gave place to a galloping corruption that the ex-president, Arnoldo Alemán, took to jail. Who is a visible leader, but it is not the last or the worst, of an enormous pyramid of corruption. The summary of the IMF’s structural plans, the dismantlement of the State and the corruption induced the collapse of the country. With the collapse, the largest immigration of the national history followed; close to two million Nicaraguans have abandoned their native country.

Today, the remittances of this emigration built the first and most essential source of currencies; the oxygen tube that hinders the national suffocation.

[2] THE WAY AHEAD
Last January, Daniel Ortega received a State in bankruptcy: 80 per cent of the population lives in poverty or extreme poverty, with a 50 per cent illiteracy rate and health services in a disastrous situation, schools without notebooks and a country without industries or infrastructures. The lack of investment in the energy area remains semi-paralyzed and since 2006, Nicaragua has had daily blackouts that exceed six hours. The brutal deforestation has damaged many hydric reserves that departmental capitals like Juigalpa have remained, literally, without water.

In order to confront so many disasters the Sandinista government has seen bound to ask with extreme urgency for external support. The first in coming were Venezuela, in the energy field, and Cuba, in health and education. They have assigned large parties to the area of health in order to solve the most urgent problems, and have put in march a plan against hunger that destroys the most abandoned areas in Nicaragua, especially the peasants. Furthermore, the government should also have the reconstruction and construction of roadways and streets prioritized and to get the production of isolated zones and to take the services of the State.

Given the extreme kneeling of the country, the government has alienated foreign investment, the most outstanding case being of the largest Mexican business, Carlos Slim, who has announced investments of 250 million dollars. They have also signed agreements with Venezuela, Cuba and Iran and have sought to establish a framework of respect with the United States, which finally has been obtained.

[3] Applying a policy that adds up and does not abate, Nicaragua signed an agreement of free trade with the United States and joined the Bolivarian Alternative of the Americas (ALBA [4]). They want to stretch their relations with the MERCOSUR and firmly support the signature of accord of association between Central America and the European Union. The government has also put in march an austere political salary. In a country where the ex-president Bolaos charged more than twenty thousand dollars monthly, the president Ortega has imposed a maximum limit of 3,200 dollars to public salaries.

Since they can be collected, not an easy task, the framework to manoeuvre is very tight and the middle more than scarce. But the will to assume the challenge exists and the resources look where they are. Time will show the effects. Perhaps it is possible to do, in this second government period, what the war hindered in the 80’s.