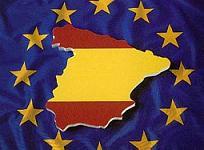 No one has any doubt that the structural funds received from the European Union have contributed in an irrefutable manner to the economic growth witnessed in during the past twenty years. There are aspects in which these funds have placed amongst the highest of European societies, most importantly in the fields of productivity, advanced technology, research, ecology, and innovation.

THE BALANCE OF THE USE of European structural funds has without a doubt been positive for Spanish socio-economic developments within the past 20 years. This has coincided with the implementation of autonomous states within . Whilst in 1985 only the Balearic Islands surpassed the average wealth of the 15 countries of the European Union, twenty years later seven of the autonomous communities have achieved this goal (Baleares, Cataluña, The Basque Country, , Navarra, Rioja, and Aragón). Moreover, the state of the autonomous communities, far from increasing the disparity in the average income between the separate territories, as some critics had postulated, current figures show mitigated differences relative to the average income per Spanish citizen. This is to say, the economic inequalities between the various autonomous communities have diminished greatly in the period between 1986 and 2007.

In general terms, the investments of the central government and that of the autonomous communities have been primarily placed in sectors of infrastructure and human capital. Consider the highway system, for example, the percentage of drivers in has increased six fold since 1985. However, only after the positive usage of funds in the 2 past decades has been appropriately understood and analyzed, can elements that will pose important question in the near future be recognized. Especially with regards to the European horizon envisioned under Lisboan agenda; where an extremely precarious situation has recently been acknowledged regarding the face of the future, particularly in the fields of productivity, advanced technology, research, development, innovation, and ecology.

A BALANCE SUSCEPTIBLE TO IMPROVEMENT

The average productivity has not only increased, without proof of a descendent tendency in the past years (83 percent of the average of the European Union). This is often caused by two factors: the increase in the incidence of temporary contracts (31 percent of all the contracts in 2005, which represents a figure over double that of the European average) and the subsequent lack of job security and increased turn over rate in one’s place of employment, and a failure to take advantage of new technologies that have become available within the past years.

Also, the number of university graduates has increased in relative terms with respect to . places 18% lower than the European average in the number of students who graduate from college. In another area, Spanish exports of advanced technology only account for 6% of the European total; with no improvements in sight.

In the fields of research and development, the statistics are deceptive. The rate of investment in , in rounded numbers, is roughly 1 percent of the PIB, in comparison; the EU-15 invests 2 percent (2.6 percent in the ; and more than 3 percent in ). Expenditure in information technologies and communications is only half that of the European average. The number of patents in is scandalously low: around 20 percent of the rate of the EU-15. Finally, the results of the contamination index are sufficiently embarrassing, more than 50% higher than the emission of green house gases in the EU-15.

In short, a positive balance, but not one without important structural aspects which can be improved upon.