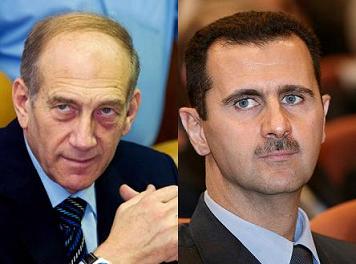 The Arab-Israel peace conference this November in faces a mountain of problems. It will attempt to reach a general agreement and take into account the relations between and and also those between and , including the problem with Hezbolá.

THE LAST VISIT OF United States Secretary of State, Condoleezza Rice, to and was with the aim of laying the groundwork for the conference of Arab-Israeli peace in November which will take place in , sponsored by the President himself, George W. Bush.

However, the positive diplomatic declarations broadcast by the different parties are not sufficient to hide the mountain of difficulties that will need to be faced before the conference even begins. Even though the frequent meetings between the Israeli Prime minister, Ehud Olmert, and the Palestinian President, Mahmoud Abbas, are directed towards the elaboration of a document regarding the agreed upon points between Palestinians and Israelis about the nature of agreements between these parties, one should not forget the fractures existing between the followers of Abbas who control Cisjordania and the followers of Ismael Hanyeh (Hamás) who control Gaza. This struggle represents within it a problem of legitimacy for any agreement reached between the loyal followers of Abbas-Abu, by eye of the followers of Hamás.

THE PROBLEMS OF THE ISRAELI GOVERNMENT

On the other side, even though the publication of the final outcome of the Winograd Report [1] has been postponed until an unknown future date, this represents a serious threat to the continuation of the mandate of Ehud Olmert as the prime minister of Israel, to which questions of legal character are mounting which continue to dirty his mandate and his government, the judicial prosecution of which could distract the Israeli Government from the peace negotiations.

HOW TO DISTANCE SYRIA FROM

Ehud Olmert has declared at various opportunities that Syrian-Israeli negotiations are both necessary and welcome. On the other hand, the Israeli aerial operations in during the first week of September appear to have shown the price must pay in the process of negotiating with : Abandonment, on Damascus´ part, of the strategic Syrian-Irani alliance and of Syrian policies of developing a non-conventional military, which are perceived in as increasingly dangerous.

It is difficult to establish if the ruling Syrian elite are really considering these options or not.

The answer is probably a mixed one: within the said elite, the radical militants are in favor of a continuation of the confrontation with and the West in general, on the basis of their alliance with . The moderates prefer to pursue negotiations with and the passage of towards a positive modus vivendi with the West.

TO NEGOTIATE WITHOUT PRE-CONDITIONS

But, there is one point with which Syrian elites seem to be in agreement, which is that this change of position should be a positive result of the possible negotiations with Israel and not a pre-condition for them.

It is in this area where the United States, The European Union, and other heavy-weights of the international community (Russia, China, India, Japan, The Arab League, to mention a few of the most important) will have a central political role to play. They are able to guarantee to each party the satisfaction of their legitimate necessities in the various areas to be discussed. Simple mediations will not be discussed, nor will insubstantial guarantees, but rather concrete steps, like the planning of the necessary economic assistance needed to facilitate the transition towards negotiation, and peace for the economically weakest parties, certainly the Palestinians, and as well.

Agreements will attempt to be reached regarding territorial de-militarization which will reassure to all that territories conceded to pacification will not be converted into platforms for future attacks. And to establish the necessary coordination between the parties in order to institutionalize the agreements in such a way that all of the political bodies resulting of them, especially the future Palestinian state, follow through with the valid international compromises to fight and eradicate terrorism in the all of the Middle East.

A DIFFICULT TASK, BUT NOT AN IMPOSSIBLE ONE

It is about supporting and reaching a definitive non-military solution to the problem posed by the nuclear development of . As well as to control the flow of warlike technologies and armaments, as well as the flow of funds that feed the conflicts of the region. To achieve all of this, it seems the remaining period until the conference in November will not be sufficient. Partial agreements, hounded by the violence and instability promoted by the sectors not included within them –like Hamás, Hezbolá, Irán, or whatever they call themselves- will not be able to resist the counter attack generated or supported by the excluded extremists. Even more, the has demonstrated time again that in order to achieve public agreements on pacification that resist the type of aforementioned pressures, it is necessary to arrive at previously made agreements, negotiated in secret, since open negotiations cannot withstand the internal political confrontations which they generate within each of the negotiating parties.