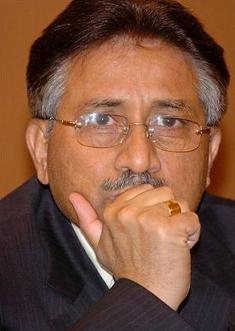 Positive developments in include Gen. Musharraf’s decision to step down as chief of the army and promise to lift the state of emergency, as well as the appointment of pro-Western General Kiyani as Musharraf’s successor. Obstacles include attempting to hold fair elections within a country that is plagued by strong corruption at the governmental level. These elections will be a vital part of the transformation to civil rule, which will be a key stepping stone in helping come out of its severe political crisis, argues the author.

GEN. PERVEZ MUSHARRAF HAS FINALLY retired from the army and today serves as a civilian president. He has promised to lift the state of emergency by December 16 and lead Pakistan in a transition to democracy, as well as to take all necessary steps to ensure that all of the political players, including Nawaz Sharif and Benazir Bhutto, will have a fair chance in the general elections on January 8, 2008. Needless to say, the Pakistanis hope that Musharraf keeps his word, as both the act of stepping down as chief of the army, and the appointment of General Kiyani, are positive developments that have been welcomed as such by Pakistan’s friends, including China, Britain and the USA.

Musharraf’s successor to the chief of the army, Gen. Ashfaq Kiyani [1], is a thorough professional who is known to be a loyal ally, and reputed to be pro-Western. The appointment of the second-in-command and former head of the Army Intelligence Agency has been well received by nearly all of Pakistan’s friends. Gen. Kiyani is viewed as nonpolitical and is expected to lead the war against Islamist extremists and Al-Qaeda terrorists without being distracted by domestic politics, as Gen. Musharraf has certainly become in the past few months.

However, chief of the army is the most powerful office in the country, and that spells trouble in the long run since Gen. Kayani may well desire to become the next Pakistani strongman. The Pakistani people earnestly hope that both Musharraf and Gen. Kiyani will forgo this power so that the democratic transition can be possible. Much depends on these two individuals.

A VOLATILE AND CORRUPT GOVERNMENT

Friends in the West are very much concerned about Pakistan’s stability, and rightly so. The stakes are very high, especially for the USA because it has given Pakistan about $10 billion in military aid since 9/11. Hence, the Bush administration is worried. For many Americans, as well as an increasingly large number of Pakistanis, the long-term outlook for Pakistan is still hazy.

Musharraf is increasingly being seen as a president with some very deep flaws, sometimes not capable of distinguishing between Pakistan’s best interests and his own personal survival interests. This has happened many times before; many of Pakistan’s leaders have made this tragic mistake in the past, causing the country to suffer immensely as a result. This is why Pakistani politics have been so volatile; our leaders, including Musharraf, have shown a large measure of disregard for the legitimate interests of institutions that lie outside of their own inner circles. After all, Musharraf dissolved Pakistan’s Supreme Court for his own personal survival, which could happen again.

The successful transition to democracy will depend on how good Musharraf proves to be at transforming himself from chief of the army into a civilian political leader ready to compromise with his foes in the best interests of his country.

Previously, Gen. Musharraf was both Pakistan’s president and army commander, and thus had no difficulty asserting his firm grip on power in the country. Constitutional checks and balances mattered little to him, as Musharraf had overcome a Supreme Court challenge to his legitimacy by simply deposing the chief justice and all of the judges who were about to declare that he had violated the republic’s constitution by running for the presidency while still holding the position of chief of the army. In turn, he has responded to such criticism by calling it a conspiracy against him.

A CHANGE OF HEART DOES NOT NECESSARILY LEAD TO SMOOTH SAILING

Today, Musharraf must reach out to politicians across the board to regain their confidence and convince them that the general elections in January will not be rigged like before. Musharraf has appealed to them to not boycott the elections; meanwhile, the All Parties Democratic Movement headed by Nawaz Sharif is leaning towards such a measure. Pakistan’s opposition is angered at the continued U.S. support for Musharraf, and just might boycott the January elections. However, the opposition is seriously divided: the strongest opposition political party, the Pakistan Peoples Party (PPP), has announced that it will participate in the coming elections, as well as Maulana Fazlur Rahman’s JUI opposition party.

The transition to civilian rule will be very problematic and the general elections in January are going to be a vital component of the process. The participation of the PPP and JUI is at least a good start.

THE FACES OF THE FUTURE?

“An alliance between Musharraf and Benazir is out of the question because the gulf separating the two of them is simply too deep”Nawaz Sharif’s return to Pakistan is another positive development. Since he commands a majority of the votes in his home base, the Punjab province, he could play a significant role in Pakistan’s politics. Despite his strong electoral mandate in the 1997 general elections, Sharif failed to bring good governance to Pakistan; his time in office was known for mismanagement and missed opportunities, and he has a history of corruption which he is dogged by even to this day. Benazir and Nawaz are both corrupt politicians, but Nawaz’s strength lies in his pleasant personality, his lack of sophistication, simplicity of character, and his simple mannerisms and outlook which make him endearing to the Pakistani people. He is truly a man of the masses. Although he too is also close to the Islamists, Nawaz is nothing like the wily and calculating President Musharraf because he is a moderate and sensible politician. If elected, he will continue with the rhetoric of fighting Al-Qaeda.

An alliance between Musharraf and Benazir is out of the question because the gulf separating the two of them is simply too deep. Just as before, they currently distrust and despise each other as they both aspire to be the next prime minister. Benazir is a centrist who uses populist rhetoric to follow in the footsteps of her populist father, Zulfiqar Ali Bhutto. If free and fair elections are held, Benazir may come to power. The next in line would be Nawaz Sharif, which means that his Muslim League is the second strongest political party in Pakistan.

Unfortunately we might be hoping for too much here, because given what has occurred in the past, these general elections might be rigged too. If this proves to be the case, Pakistan is going to sink deeper into another political crisis of immense magnitude. Hopefully this can be prevented.