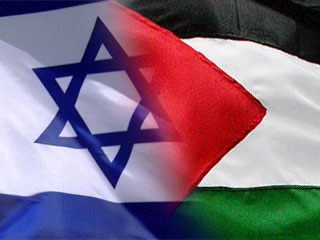 While international support for a Two-State solution seems to be promising following the recent summit in Annapolis, a partition of the land west of the river Jordan is not very practical when one takes into account the Israeli settlement policy of the past 30 years, argues the author; he suggests that the solution might lie down a different path: Jews and Arabs alike should learn to renounce their militant ways and, with an internationally backed effort, create an integrated country in which minorities are granted full rights, complete with an educational system that embraces all of the ethnic groups in the area.

MANY WHO FOLLOWED THE SUMMIT IN ANNAPOLIS at the end of this past November were impressed by the commitment and goodwill expressed by the main participants, and, with the President of the United States and his entourage in the lead, their desire to do all that is possible to help establish two countries for the two peoples living west of the river Jordan as soon as possible. There was, and still is, an urgency to resolve the age-old conflict. Yet, when considering the unavoidable impediments and major compromises that will inevitably be required to do so, one might question whether or not the proposed track is preferable, and the only one worth pursuing.

In the weeks following the summit it has become evident that the majority of Israelis has shown little interest in said gathering. Furthermore, in its aftermath they have become, if anything, more pessimistic about the possibilities that were discussed in Annapolis. So then, are there other options to pursue?

In the following, an alternative approach is proposed. It is rather influenced by the fact that except for the eighteen years when partition prevailed from 1949 to 1967, since the Balfour Declaration [1] in 1917 the whole territory from the Jordan to the Mediterranean has been ruled by one governing body, first by the foreign British and then by Israel, who regarded part of the land as occupied.

UNSURMOUNTABLE OBSTACLES TO A PARTITION

Since the United Nations called for the establishment of what was to be Israel and Palestine on November 29, 1947, there have been repeated demands for such a partition. In more recent years a partition that calls for two countries for the two peoples has been insisted upon. However, those insisting seem to ignore the fact that the Israeli settlement policy has created a situation in which a partition solution to the conflict, which may have been worked in the aftermath of the Six Day War, is no longer viable.

Indeed by executing the settlement program Israel succeeded in ensuring that the region would not be carved into separate Palestinian and Jewish/Israeli entities. In other words, the successful government-supported settlement policy that has been continuously carried out for the past thirty years has created a geo-political situation which many believe to be irreversible. While uprooting these settlers and moving them back to the pre-1967 borders may technically be feasible, such a course of action would have a devastating long-term effect on the spirit of Israel.

It is therefore a curious thing to listen to Minister Avigdor Lieberman [2] and others’ repeated demand to recognize as a Jewish State, as it is a demand that totally disregards the topographical reality achieved in the past generation by the radical right political groups.

The majority of the Jewish population would obviously prefer to live in a Jewish State, just like the Palestinians would like to live in a Palestinian one. However, when the changes brought about in the past generation are finally addressed in earnest, it should be understood that, just as it is impossible to unscramble scrambled eggs, it is no longer practically feasible to separate the Jewish population that has deeply rooted themselves in the area surrounding the Palestinian communities west of the Jordan.

Over the years, no serious thought was given to the challenging question of what can be done so that these neighbors can learn to live side by side in peace, security and mutual respect. Yet if both Jews and Palestinians are to survive, they must prepare to do just that. It is the purpose of this essay to assert that although there is no precedent to such an endeavor, if it is executed with integrity and total commitment, it has a chance to succeed.

The hurdles en route are daunting and to some even frightening, but without concentrating the necessary talent and energy on this task, the existence of all will remain threatened in this continuing climate of hostility. Carrying out such a program will be a multi-year undertaking and will call for lots of resources and much patience from all concerned parties. Within this project, the introduction of a completely novel educational program for the whole population living west of Jordan has been proposed. This program would emphasize that only when all are ensured full and equal rights in cooperation and mutual respect will the long-term survival of both peoples be ensured.

“To date, neither the Jews nor the Palestinians have realized that the only way to survive and prosper is to change their militant ways and opt for the peaceful route whereby they view their neighbours as their full equals”

So that the wheels of this project might be set in motion, it is essential to convince the Israeli and Palestinian leaderships that this is a singular challenge that they can no longer disregard. To implement it, a core of wise and respected Jews and Arabs must study the situation carefully so that they can propose and prepare a constitution that guarantees minority rights to all, whether they are Palestinians, Jews or people of other ethnicities. Their tasks shall include the drafting of such a framework, accompanied by a draft constitution. It is also imperative that they prepare a complementary education curriculum that is directed towards and embraces all of the different tribes living in the region.

“A major obstacle to be overcome is a lack of committed leadership”With such an ambitious goal, seeking international political support and guarantees would be a sensible thing to do. When such organizations are convinced that both parties are sincere in their intentions, their active encouragement will be forthcoming. To date, neither the Jews nor the Palestinians have realized that the only way to survive and prosper is to change their aggressive, militant ways and opt for the peaceful route whereby they view their neighbors as their full equals in civil and legal terms, and act accordingly.

Obviously, obstacles for such an ambitious program are expected, with the first major one being a lack of a committed leadership. So far none of the Palestinian or Israeli leaders seem to be convinced that this is the one viable route to sanity, peace and economic growth. Both peoples will have to realize that these proposals offer hope.

Concomitant to these, solutions to other complex and intriguing challenges will have to be devised, planned and implemented. One of the most important challenges will be retraining the teacher corps in view of the changing environment and restructuring the way that they should address and guide the detailed integrated school program from pre-school to high school.

The proposals described have not drawn any public following so far, yet the earlier that they are put into motion, the better. It is an honorable endeavor, and the sooner we commit ourselves to it, the greater the chances for its success will be.