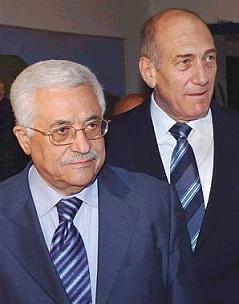 The author argues that the recent summit in marks the beginning of a period of serious negotiations in the Israeli-Palestinian peace process. Still, there are many obstacles to be overcome in the future: while Hamas’ influence is diminishing and the Palestinian government is having success in its efforts to provide the region with stability and security, the crisis in Gaza still remains, and Israel has not been as successful in holding up its end of the deal as set forth in the first stage of the Road Map. The author presents nine points that should be implemented to make the environment more conducive to negotiations in the upcoming year.

CONTRARY TO A LOT OF EXPECTATIONS, it seems like the summit in was a launching pad for a process of serious negotiations. There were three sessions at the summit: one concerning the Israeli-Palestinian negotiations, another one that had to do with the building of a Palestinian state, and a third one whose focus was the comprehensive Middle Eastern Peace Process, and during which Faisal Miqdad, the Deputy of the Syrian Minister of Foreign Affairs, gave a speech.

After , a meeting that focused on the Palestinian economic and institutional development was held on December 17 in . President Bush will visit the region on the 8th and 9th of January 2008, and another meeting might be held next March or April in . Additionally, Condoleezza Rice will continue to periodically visit the region.

Both the Palestinian and Israeli parties agreed that President Abbas and Prime Minister Olmert should meet bi-weekly. Also, seven to nine teams of experts will discuss issues concerning the permanent status negotiations, and a trilateral American/Palestinian/Israeli Committee will monitor the implementation of the first stage of the Road Map, with the Americans playing the role of the arbitrator through General James Jones.

This all means that the upcoming year of 2008 will be a year of serious and intense negotiations.

This significance of can be summarized in three main points:

2) The Peace Process was combined with the building of a Palestinian state, contrary to the two previous stages of 1993 to2000 and 2000 to 2007. In the former, the building of a Palestinian state was sacrificed at the expense of the peace process, and in the latter the state building was supposed to be conducted by the Palestinians inside the cages (cities and villages surrounded by Israeli checkpoints), and it did not come accompanied with any Peace Process.

3) The door was opened for the resumption of the Peace Process with and , who both attended in its later stages.

The summit in also represents a positive response to the Arab Committee’s implementation of the Arab Peace Initiative, which during its meeting in on the April 18, 2007 called for an international meeting focused on solving the Israeli/Arab Conflict to be held.

The main challenge might be related to the ability of both sides to implement their obligations as stipulated in the first stage of the Road Map.

The good news in this regard is the Palestinian government’s success in stabilizing and providing with security. In an attempt to build upon this positive development, they are now moving to implement the second stage of the security plan in the cities of Tul Karem, Jenin and Qalqilia, as they continue to be successful in training the security departments in . This is accompanied by the government’s ability to continue the process of the financial and administrative reform, and to provide salaries on a regular basis. Furthermore, plans to build two new cities close to Ramallah are in motion, and the Palestinian Private Sector has again begun to relocate so that the developmental plans may be implemented.

“Bad news includes the crisis in , ’s continuous incursions into , and its apparent inability to fulfill its responsibilities as set out in the first stage of the Road Map”

Moreover, the Palestinian government has already prepared its 5,6 billion dollar plan for the years of 2008 to 2010, and it is projected that the government will receive that entire amount at the conference in on this December 17. Meanwhile, the European Temporary International Mechanism (TIM) is still regularly providing money to 150,000 Palestinian families, in addition to continuing the payment for electricity in and different water and health projects. In total, the TIM has already spent 500 million euros since it was inaugurated in June of 2006. All of this will provide an economic stability in addition to the internal political stability that has resulted from the lack of any tension between President Abu-Mazen and Salam Fayyad’s government. In a nutshell, the PA is having success in the fields of security control, economic development, and the building of transparent professional institutions, in addition to the clear separation between PLO work and the PA work. The former is also responsible for the negotiations, whereas the latter is responsible for the issues of state building, including the implementation of the first stage of the Road Map.

The second piece of good news is the decline of Hamas’ influence, which is a result of their failure to run the Gaza Strip, bring the summit in down, hold meetings against in , and provide the people in with salaries, which the Fayyad Government is doing. On top of all of that, Hamas has lost a lot of its popularity according to different public opinion polls [for instance, in September 2007 the Palestinian Center for Policy and Survey Research (PSR) Poll number 25 showed that Fateh would garner 48 per cent of the support if elections were to be held, while only 31 per cent supported Hamas], something that the 700,000 demonstrators in Gaza on the anniversary of the death of Yasser Arafat last November attested to (which was also a show of support to the peace process led by Abu Mazen), when Hamas opened fire on the demonstrators, killing seven of them. Moreover, the Muslim Brotherhoods lost in the last Jordanian election because of Hamas’ coup d’etat in , which led the Muslim Brotherhoods’ international leadership in to pressure Hamas to attempt to solve the internal Palestinian crisis.

With all of these failures, Hamas is now trying to avoid an Israeli invasion of with its new call for a Hudna and resumption of the talks concerning the release of the Israeli soldier Gilad Shalit. In addition, Hamas is again sending President Abu-Mazen signals that it is ready for reconciliation. Its leaders in the West Bank are doing this, although it is also being achieved with Saudi Arabia and Egypt, including Khaled Mish’al’s last visit to Saudia Arabia, during which he tried to unite all of Hamas’ different factions together, including those who are against any reconciliation with Fateh because they would subsequently be brought to courts in order to be punished for the crimes that they committed in Gaza.

“In order to create an environment conducive to negotiations in 2008, both sides must promote non-violence as an ethical and viable alternative to aggression, and not simply as a tool that is only used after other means fail”

On the other hand, bad news includes ’s continuous incursions, including those into , which may undermine the Palestinian Government’s success with security matters there. There is also the crisis in , where, in addition to the Israeli Army responding to rockets with daily killings of Palestinians, there are also sanctions on electricity and fuel provision, which Hamas uses to accuse Abu-Mazen of collaborating with against his people in . This is why collective punishment should not be used as a political tool.

Furthermore, seems to be unable to fulfill its responsibilities as set out in the first stage of the Road Map. With the release of some prisoners being the sole exception, they are not moving forward with the others, such as dismantling the settlement outposts, freezing settlement expansion, opening Palestinian institutions in and lifting the checkpoints. On top of that, there are still some disagreements, such as the issue of Israel’s “right” to build in the settlements around the East Jerusalem metropolitan area (including the new plans for building new settlement houses in Har Homa settlement), and the prominent question of whether both sides should implement the first stage of the Road Map’s obligations simultaneously or sequentially.

The second challenge is related to the disagreements in regard to the permanent status issues. Despite the fact that the parameters of the permanent status solution are clear, there are some minor gaps in the positions of both sides on almost all the issues, including the refugees, , water, borders and land. However, this challenge is not as difficult to solve as the first one because the gaps are only in some details that will be discussed and solved by the teams to be organized, while the first challenge deals with the daily security issues of the Israeli and Palestinian citizens.

In order to create an environment conducive to negotiations in 2008, the governments and peace and conflict resolution organizations of , and other international countries really need to work on the following:

1. A parallel indirect political process with Hamas and the relevant Arabic and international countries. This process should concentrate on Hudna being reciprocal with , the release of Gilad Shalit, and the daily life issues of the people in .

2. Palestinian internal dialogue that follows Hamas’ compliance with the previous commitments of the PLO and its approval of holding early elections, as well as brings the situation in back to what it was before June 15, 2007. Some Arab countries might help prepare for this dialogue through their contacts with both sides.

3. Changes in the daily life conditions of the Palestinians in order to make them more hopeful about the future of the peace process, and an end to all sanctions against the civilians in Gaza Strip that have resulted from being considered a hostile entity.

4. The promotion of non-violence as an ethical and viable alternative to aggression by both sides, and not simply as a tool that is only used after other means fail.

5. In the Palestinian society, the implementation of more developmental plans and the creation of a special developmental corporation for the Gaza Strip that will implement projects with cooperation from the private sector, women and youth. Moreover, the reparation of Fatah, the promotion of moderate interpretations of Islam, and help with the creation of new liberal democratic parties and forums.

6. The Implementation of the Israeli obligations according to the first stage of the Road Map, including freezing settlement expansion, dismantling the settlement outposts, reopening the Palestinian institutions in , lifting the checkpoints, etc.

7. In the Israeli society: the creation of awareness of the price that needs to be paid in order to achieve peace with the Palestinians and the region in general. In other words, work to change the expectations of the peace process, in addition to campaigning to evacuate the settlers from .

8. The creation of a parallel process with Syria and Lebanon after some goals in the Israeli-Palestinian negotiations are achieved, as a response to the positive signals that Syria gave in Annapolis and the steps it has taken towards restricting the activities of the Palestinian opposition factions. will be hosting the Arab League’s next summit this March, and therefore it is expected that they distance themselves more and more from in the upcoming period, and that they make the initiative to reconcile with , and .

9. The creation and development of a peaceful route for dealing with the Iranian Nuclear weapons file. After the CIA released its report on Iran Nuclear capacity, this additional peaceful process might help to stabilize the region, including the Iraqi and Afghani situations that are painful to all, in addition to neutralizing Iranian influence in and .

All of this might help to create an environment conducive to making peace in the year 2008.

FROM THE AGREEMENT TO IMPLEMENTATION

Supposedly, the negotiations will be finalized in 2008. However, the issue of implementation, which is dependent on the American, Israeli and Palestinian governments of 2009, as well as the two peoples’ positions, will still remain afterwards. Therefore it is recommended that two referenda be held in and in order to get public support for the agreement, which will facilitate its implementation.