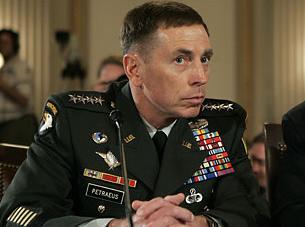 Understand why the United States and his allies are unable to win in Iraq in spite of their overwhelming military force. Understand which is the role that plays the merger of the Wahhabi neo-fundamentalism, the Arab ultra-nationalism and the Shia revolutionism.

(From London) LEGITIMACY IS A CENTRAL yet understudied concept in world politics. Let me give you an example of how it works in our everyday lives. If I were to yield a stick menacingly and run around the SOAS campus in London proclaiming that I am an academic very few people would be persuaded. What I need in order to claim that role is the approval of my peers, colleagues and students. Legitimacy is never really constructed in isolation. Likewise, bringing about a legitimate order in Iraq, requires the approval of the constituent stakeholders in the Iraqi polity, Kurds, Shia, Sunnis, Turkmen, Christians, Assyrians, the Mahdi army, the Badr Brigade, SCIRI [1], tribal leaders, remnants of the PKK [2] in the North and yes those al-Qaeda type movements that are willing to negotiate. If there is one lesson that we should have learned from the past four years, it is that Iraqis won’t listen to a stick-wielding American.

A COMPLEX OPPONENT
It must come as a surprise to many strategic analysts who planned the invasion of Iraq, that the US/UK alliance is losing the war. Why can’t their overwhelming military force control the violence by a militarily inferior few? One of the reasons is that the US is not merely fighting a physical enemy, but that it is shadow-boxing with three salient ideologies permeating the wider West Asian region: Wahhabi neo-fundamentalism, Arab ultra-nationalism and Shia revolutionism; in Iraq embodied respectively by al-Qaeda type terrorist movements, by the remnants of the Ba’thist dictatorship of Saddam Hussein; and by the parties of the downtrodden or the poorer strata of Iraqi society such as the Mahdi army led by Moqtada al-Sadr. Despite their different agendas, all three ideological currents draw sustenance from the struggle for independence against foreign domination in the post-Colonial Muslim worlds. They thus merge on a pivotal issue: that civil war and total violence is preferable to foreign domination.

Military analysts and scholars of international relations readily abstract from these ideational factors in favour of brute rational-choice analysis. From that perspective surging, the numbers in Iraq makes sense. If the rebels are outnumbered, the argument goes, they will eventually yield to the overwhelming force. But this is not the logic of anarchy in Iraq. Fighting real and perceived imperial domination is a powerful institution in West Asia and the wider Muslim worlds. Recruiting people under this banner will always be possible, especially if the battle is embedded in powerful nationalistic and religious symbols. This is what makes the recruitment policy of al-Qaeda type movements and Ba’thist remnants possible in the first place: an amalgam of different movements has huddled together in order to fight the invader and the illegitimate order it presides over.

IN DEFENSE OF HISTORY
It must follow from what I have said that in order to turn the tide against the rebellion, the very ideational structure of West Asia needs to be changed, for Arab ultra-nationalist sentiments and neo-fundamentalism have transnational appeal beyond Iraq which explains why there are so many foreigners fighting the American presence in that country. To change that ideational structure may have been the rationale behind the rather unsuccessful Middle East democracy initiative spearheaded by the US Department of State. Yet ultimately, it would mean substituting the people of the region with others who do not have access to the intellectual archives permeating it, to the activism of al-Afghani, Ridha, al-Husri, Aflaq, al-Banna, Shariati, or to the political philosophy of Ibn Taymiyya or Ibn-Hanbal. To many American/British readers these personalities may not be familiar, but to the peoples of West Asia they are part and parcel of their historical consciousness.

REMOVING US FORCES
In the absence of a method to cleanse the historical archives of West Asia, pulling the US military out of Iraq step-by-step is the only logical option. First, it would shatter the consensus between Saddam loyalists and al-Qaeda terrorists, because there wouldn’t be a foreign enemy to rally against. Second, it would grant the Iraqi quasi-state the legitimacy it needs to fight the insurgency without being blamed to act on behalf of what is perceived to be an occupying force. If it fails in this task, it is just another indicator that it does not command enough resources to sustain itself. In that case, it would have to perish in order to be substituted by a state with the necessary support to take over and stabilise the country. Third, for surrounding states it would be rather more difficult to fuel a proxy war- it is much easier to support rebellions against what is perceived to be a an illegal occupation (which grew quite directly out of an illegal war), than against an authentically Iraqi order.

IRAQ REWRITING IRAQ’S HISTORY
It is perhaps the single most disturbing legacy of this war, that it has created yet another discontinuity in the historical consciousness of Iraqis, that it has disempowered them to grow their national narrative organically, to write it under their own authorship. The invasion of Iraq, in other words, has led to the suspension of history in that country, to a suspension of the national narrative holding the Iraqi construct together. This narrative can only be rewritten once Iraqis are empowered to believe that it is in their making, that they are the ones who write the next chapters of their history. In short: returning the historical mandate to Iraq will start on the day, when the American mandate over the country dies away.