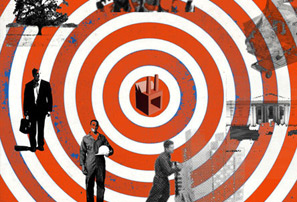 Why Corporate Social Responsibility (CSR) is much more than just a fad. An in depth study of the structural forces that are bringing businesses in developed countries towards more social responsibly. What is demanded of today’s corporations regarding familial responsibility and the paradox of .

CORPORATE SOCIAL RESPONSIBILITY (CSR). Is it merely a fad? A new Public Relations technique? Or is it a profound redefinition of the role of businesses in society?

Aside from intentions, structural forces are bringing businesses in developed countries to a point of increased CSR.

People are constantly more worried about diverse topics, as their health, which causes them to protest. Recently, various successful documents have given a voice to those claims denouncing other cases regarding the impact of fast food in the , and its effects on obesity, which has become a grave problem.

Additionally, a recent investigation (by ) demonstrated that the additives and colorants added to food for children have effects on attention deficits; aggravating the lack of attention, impulsivity, and hyperactivity, at least in children.

“After Enron, small investors are becoming more mobilized” They demand transparent corporate government and ethicsWhen they have information, consumers react. A food chain in analyzed the nutritional content of 25,000 products, and ranked them with a rating of zero, one, two, or three stars. The sales of cereals with the stars tripled compared to those without. Frozen food sales multiplied by 4.5 times.

Brownell, Director of the and Obesity at Yale, concludes: I am surprised that providing only a small amount of information can make a difference in the behaviour of consumers.

A catholic order sent a nun to work with small shareholders in of one of the major oil companies in the world, to preserve the environment. She has dedicated herself to her work for many years by organizing general assemblies that demand more businesses act responsibly towards the environment. At the last meeting, a few days ago, 40 percent of the vote was obtained calling for more responsibly of the business to protect the environment.

The Non-Governmental Organizations put pressure on businesses for more CSR. From the epic battles in the United States against the tobacco industry (which when cornered scientifically in court, lead to an enormous decrease in consumption), to their surveillance of the businesses concerning human rights, discrimination of gender, the use of child labour in developing countries, and another secretive topics.

Another topic is the balance between family and business. One wants to be looked after. It signifies other aspects of protection toward future mothers, in place of hostility towards pregnant women, schedules that allow family more time, and the option of working through the phone. In , companies are indicating their responsibility to the family on the labels of products. In the already there are businesses that reprimand staying after work hours.

THE BUSINESSES WITH MORE CSR WIN

The sum of organized consumers, small active investors, and vigorous NGOs has modified the original idea a business´ responsibility that was limited in the past only to donations. The actual demand is surpassing mere philanthropy and arriving at CSR. Donations are desirable, but one also asks for businesses to support public policies regarding poverty, health, education, the integration of marginalized groups and others. They can contribute to the upper management, channels of marketing, Internet spaces. CSR should also imply acceptable treatment of personnel, a clean game with the consumer, good government cooperation and pro-environment policies.

The businesses with more CSR gain more. They attract the best talent, have the best worker productivity, are better positioned in the economy, and are more competitive.

“The virtuous combination between intelligent public policies, a self-demanding CSR, and a mobilized civil society can generate solutions and hope”

Another part, according to Amnesty International, the gap between the rich and the poor has quadrupled in the world since the 90s. Lately there ha been a great need for legitimization. Advances have not satisfactorily been achieved. A recent study in the said that only 40 percent of consumers think that multinational corporations have made a positive contribution to the common good.

Pearlstein (The Washington Post) sums up the situation as follows:

The real choice of the corporate elite is clear, not only in the but also in Europe, , and . The members of the business community that produce an improved social contract are those that are able to manage competitive businesses while at the same time guaranteeing that the profits of globalization are going to be distributed more equally, or they will have to face the almost certain possibility that angry voters could be eager to reverse globalization.

In Latin America, with sponsored initiatives, a study in says that there is a following of the movement from philanthropy to CSR. In , an investigation by the found that out of 50 large businesses only 43 points out of 100 were given to the conciliation of work and family. In findings of credibility the interviewed put the largest businesses amongst the last groups.

In a continent with so many contrasts and social deficits, where simultaneously triple the amount of food needed to feed their population is produced annually and yet 16 percent of children have chronic malnutrition, a continent that has a third of the reserves of clean water of the planet, but 210 million receive running water that is improperly treated, and 120 million do not have sanitary installations, it is essential to focus on an increase of the social responsibilities that business has toward society.

The virtuous combination between intelligent public policies, a self-demanding CSR, and a mobilized civil society can generate solutions and hope.