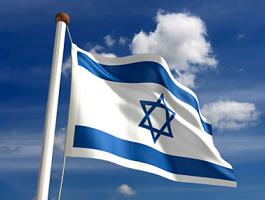 ’s Declaration of Independence ensures civil equality for all non-Jews, but the way the country is run today says something different. The author argues that is actually a multiethnic state in which (especially secular) Jews are privileged to more rights than any other group. He argues that, especially in view of the demographics of the country, it is imperative that Arabs and other non-Jewish minorities not be treated as second-class citizens, especially if is to be thought of as a democratic state.

(From Tel Aviv) THROUGHOUT THE 20TH CENTURY, and probably even before it, there were many Jews who dreamt about establishing a Jewish State, something that they believed to be their right. At the same time, there were many Palestinian Arabs who regarded the influx of Jews into what they regarded as their country as a bad dream from which they hoped to wake up. In view of the current situation, it is time for all of ’s inhabitants, and its leaders to begin to think in earnest about how they will all live together in the coming generations.

In choosing to ignore the equal civil rights for the non-Jewish minorities as practiced by the State, many of the Jews living in have shown that they prefer that be regarded and governed as a Jewish State rather than A Nation of all its Citizens. The controversy has greater implications than often realized, not the least of which is how wide the gap between the secular Jews and the tribe of ultra religious Jews living in is.

“Members of the various tribes and separate ethnic and cultural groups that reside in the country agree that life in Israel is not simple” Taking into account the way that Israel has been governed in the past generation, it has become increasingly evident that there is an inherent contradiction in the use of the phrase, A Jewish Democratic State. Part of this may be explained by the priorities put forth by the Israeli Governments, who have felt comfortable introducing legislation and administrative rules addressed mainly towards the Jewish segment of the population. This decades-long form of governance has sadly impaired ‘s assertion that it is a true democracy.

Applying the definition of the Jewish State is largely symbolic, as is the phrase A Nation of all its Citizens (employment of the phrase State in which there is full equality to all its Citizens might be preferable, although it is clearly a more cumbersome phrase). Both are intended to place emphasis, and contain implicit priorities, but there is a considerable difference between the two. Obviously, this is related to the fact that is a country in which the majority of the population is Jewish, but it is also clear that it is not a homogeneous society.

In the following, an attempt is made to examine the matter.

Members of the various tribes and separate ethnic and cultural groups that reside in the country agree that life in is not simple. Many who seek good are faced with evil. Most long for peace, but sixty years have elapsed and it is still nowhere in sight. “It is true that Jews comprise the majority, but the polarization, the schism, and often the hostility among the Jewish tribes themselves is greater than that which unites them” A large number of Israelis dream and assert that Israel must be a Jewish State, but the composition of the State provides for a number of reasons why it is unrealistic to hope that Israel be a Jewish State.

Extrapolations of the demographics show that the odds of achieving a Jewish State have been declining, and that with time the percentage of Jews living in will slowly but consistently dwindle. Today, about one quarter of the Israeli population is either Arab, or belongs to other non-Jewish minorities, and it is estimated that by the middle of the century that figure will rise to one third. Already, the number of Arab, Christian and Haredi ultra religious children entering the first grade is larger than that of the secular Jewish children.

Citizens who belong to different tribes, distinct in background and culture, are living in Israel. It is true that Jews comprise the majority, but the polarization, the schism, and often the hostility among the Jewish tribes themselves is greater than that which unites them. They may belong to one single religion, but the tribes have different values and priorities. It is unclear what percentage of the Jewish population regards themselves as Zionists. “One can notice the different cultures of all of the tribes living in Israel by observing the way they converge into clusters in geographical regions and municipalities”Although a noteworthy percentage certainly defines itself as such, Haredim [1] and others do not. Among the ultra religious Haredim, a significant percentage does not identify with the national anthem Hatikva [2], choosing to not stand up when it is sung. Furthermore, many will not salute the flag of ; when the siren sounds on Memorial Day, they continue with what they were doing, ignoring those who stand in attention. What’s more, they do not allow their sons and daughters to serve in the army or partake in any type of national service.

IS IT POSSIBLE TO LIVE TOGETHER?

It is too soon to assess the extent to which those who emigrated from the erstwhile during the past twenty years have integrated; it was a shock to discover that some of the more vocal among them make unpleasant nationalist and racial statements. Likewise, we cannot yet assess the integration of those arriving from , and to what extent these immigrants identify with the basic values of the State. And then there are the gaps between the over twenty percent of the population of Moslem, Bedouin Christian and Druze Arabs. We must add to this the several hundred thousand Christians who also emigrated from , and who parts of the Israeli establishment are seeking to convert (although it is unclear how many of them would like to partake in such a venture).

“It is obvious that in Western Democracies the separation between the State and religion is a basic and essential tenet of a free society, and ignoring this principal has a negative impact on religion, the State, freedom and society” One can notice the different cultures of all of the tribes living in Israel by observing the way they converge into clusters in geographical regions and municipalities. The secular avoid settling in Haredi centers such as Bnei Brak and most boroughs in or Safed. To appreciate how far the secular Jews try to distance themselves from the ultra-religious we only need to examine the region of the Center of the Galilee, where several hundred thousand Arabs live, and where, in the past generation, close to 100,000 Jews (including a very small number of Haredi ones) have settled. Following the elevated number of Jews in the region is a noticeable trend among Arabs to settle in what were until not long ago considered development towns, such as , Karmiel, Maalot and Naharia.

There is a reasonable level of social interaction between these different tribes, and their economic links and integration are continuously strengthening. When a resident of Karmiel or one of the nearby Jewish villages is asked whether he would have moved to the Center of the Galilee if, instead of the much larger number of Arabs living nearby, there were a similar number of Haredim, the inevitable reply would be that had such conditions existed, he never would have considered building his home in the region.

TO RECOGNIZE THE RIGHTS OF EVERYBODY

It is believed that David Ben Gurion made the decision to postpone the discussion and legislation of the separation of religion from the State in 1948. The Prime Ministers who followed him clearly preferred to not address the subject, and it is impossible to assess how much damage resulted from this procrastination. It is obvious that in Western Democracies the separation between the State and religion is a basic and essential tenet of a free society, and ignoring this principal has a negative impact on religion, the State, freedom and society.

It is unknown whether it is clear to those who believe in the Jewish State how applying the term might impede from being a democracy in which one would expect the State to maintain an equitable rule of law for all of its citizens.

“For the well-being of Israel as an equitable, democratic state, it is essential that the Jewish people’s right to maintain a national homeland within it ensure, not in the least, the continuity of the Law of Return”

Nor is it known whether those who demand that Israel be a Jewish State are attuned to the warning expressed by Avrum Burg, who wrote that Ascertaining that under all circumstances the State will be Jewish, is the beginning of moving towards an Israel Halakha State. (Ha’aretz [3] weekend edition, 22/06/2007). The primary interpretation to the term Jewish State is religious and there is no doubt that the ultra religious leaders have in the past, are in the present and will in the future do all in their power to make Israel such a Halakha State.

Understandably, that is not acceptable to many of the secular Jews, and it is obviously unacceptable to the Arab and other minority tribes.

The Israeli Declaration of Independence addresses the Jewish State but stipulates that all of the citizens living in the Democratic State will be endowed with full equality. Accordingly, the Declaration states that The State of will… foster the development of the country for the benefit of all its inhabitants. It will be based on freedom, justice and peace as envisaged by the prophets of Israel, it will ensure complete equality of social and political rights to all its inhabitants irrespective of religion, race or sex, it will guarantee freedom of religion, conscience, language, education and culture.

For the well-being of as an equitable, democratic state, it is essential that the Jewish people’s right to maintain a national homeland within it ensure, not in the least, the continuity of the Law of Return.

But it is also important that all civil and economic laws be applied equitably to all its citizens. It is understandable that in a country composed of tribes and minorities affiliated with different religions, each should have needs and rights that to be recognized. When the Arab minority requests that, in addition to their individual rights, they be recognized (alongside the National Jewish Majority) as a National Minority with appropriate relative rights, their point of view should be addressed with respect. As long as these do not impinge on their neighbors, they should be considered and supported by the state.

The evidence at present is that neither the Knesset nor the Government gives priority to the concepts entrenched in enhancing the Jewish State as an equitable society for all of its citizens. They show only minimal regard to the basic requirements meant to ensure the level of democracy that would provide for the full equality of all of its citizens. In its sense, the term A Democratic Jewish State is an oxymoron.

It is impossible to conduct an equitable administration in which one ethnic society enjoys privileges that second one does not. is not, and cannot be an ethnic nation. It is essential that it be convinced of this, and define itself as a civil nation, in which all its tribes and citizens be committed to a secular establishment ruled in accordance to agreed upon, equitable, and democratic civil rights.