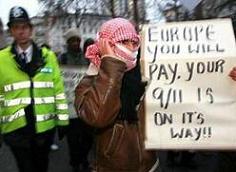 One of the quandaries facing terrorism analysts today: the jihadist’s dilemma of whether to promote collective or individual action among potential adherents. Although this may appear to be an obscure issue, so specific as to interest only counterterrorism analysts, it is actually a widely applicable and underappreciated topic that could directly impact the type of terrorism may face in the future. As such, it is a concern for all.

(From Vienna) BOTH THE STRATEGY AND COMMUNICATIONS practices of al-Qa’ida and the Jihadist Movement present a continuous challenge for the terrorism analysts trying to grapple with this evolving dynamic. Although their primary challenge is to understand the present state of jihadist strategy, it is perhaps even more important that they attempt to predict where the movement is headed. One of the core factors complicating this predictive analysis is the fact that the Jihadist Movement is far from being a solid, coherent grouping of networks and individuals, and that its strategic direction is not necessarily dictated by a formally established group of strategists and ideological leaders.

While it is true that the sheer volume of the content-rich messages generated by the jihadist media machine provides a wealth of insight never before witnessed in the history of insurgent movements, and that the Jihadist Movement’s intentions and ideology can be largely understood simply through critical study of publicly disseminated jihadist publications and media, intricate inconsistencies emerge due to the sometimes rival voices within the movement and the imperfect coordination of the message. These inconsistencies pose a constant problem to the analysts in charge of strategic forecasting and predictive analysis. It is thus important to identify such incongruence as it appears, as well as for the public to better understand that it is not facing a monolithic movement with a crystal clear ideology and fine-tuned strategy, but instead one that is rife with contradictions and strategic schisms.

“jihadist communications have confounded the original meaning of acting collectively in order to mobilize those populations that otherwise might not be able to participate in a coordinated approach” This article provides a brief glimpse into one of the quandaries facing terrorism analysts today: the jihadist’s dilemma of whether to promote collective or individual action among potential adherents. Although this may appear to be an obscure issue, so specific as to interest only counterterrorism analysts, it is actually a widely applicable and underappreciated topic that could directly impact the type of terrorism may face in the future. As such, it is a concern for all.

For the most part, jihadist communications are aimed at mobilizing a general or specific audience to support its activities. This mobilization can be mentalistic, (e.g., a simple agreement or even ambivalence to the jihadist activities), or it can be aimed at mobilizing an audience to actively support the jihadists’ activities, such as taking part in a terrorist attack or providing monetary or logistical support to their organizations.

Social movements in general attempt to mobilize constituencies to collective action. For a number of reasons, when analyzing the Jihadist Movement it is important to look at communications directed at mobilizing collective action. The most obvious reason is that the essence of jihad has elements of collective duty. For example, one eminent scholar of old wrote that:“Jihadist Movement has created “individual action frames”, which dispense with the need to mobilize on a coordinated basis”

… Attacking the non-believers in their territories is a collective duty (“fardh kifayah”) with the consensus (“ijmaa”) of the scholars. However ibn al Musayeb and ibn Shubrumah state that it is a duty (“fardh ayn”) on each and every individual…This is all regarding the Jihad, which is a collective duty (starting the non believers with war and on their territory). But if the enemy enters the Muslim land, or even approaches it and masses on its borders, even if they do not actually enter it, and there armies are double the size of that of the Muslims or less, then Jihad becomes mandatory on each and every individual. (The Book of Jihad, Abi Zakaryya al-Dimashqi al-Dumyati, D. 814 Hijri.)

Although this writer makes it clear that collective action is a duty under specific circumstances, jihadist communications have confounded the original meaning of acting collectively in order to mobilize those populations that otherwise might not be able to participate in a coordinated approach.

NOT A TYPICAL SOCIAL MOVEMENT

When describing communications directed at mobilizing collective action, the terrorism analyst is naturally drawn to the vocabulary of social movement literature in order to describe these processes. However, through the study of jihadist communications, it has become apparent that this vocabulary is insufficient. For example, to describe the process of articulating and promoting strategy and ideology using such vocabulary, one would refer to this as the Jihadist Movement’s framing practices.

Let’s think of how a politician presents his message to potential voters. The politician frames his message in a certain way so as to connect with his audience and convince them to support his ideas and positions. This process of mobilizing the audience to the politician’s ideas and strategy is called framing, and the Jihadist Movement’s activities are also best described using this language.

However, it has become evident that even this specialized language is not completely capable of describing the Jihadist Movement’s actions. This is largely due to innovations in the strategy and rhetoric of jihadist ideologues. One of the Jihadist Movement’s framing activities that has emerged over the past few years effectively blurs the lines between what would be traditionally described as collective action frames and a more obscure type of framing process designed to promote individual action.

A collective action frame is a fairly straightforward concept, and is essentially a movement’s framing practice intended to mobilize a population to engage in some sort of large-scale action. This type of framing is common enough among social movements, but the Jihadist Movement has innovated further to create what I will call individual action frames, which dispense with the need to mobilize on a coordinated basis. This is an innovation that, as a strategy, could determine the future of home-grown terrorism in .

There have been several jihadist publications and communiqués that prognostically frame action in terms of individual activities. In a sense, this manipulates what al-Dumyati asserted to be one of the two types of jihad obligations: that of fardh ayn, or individual duty. When this understanding of fardh ayn is applied to the operation constraints of the counter-terrorism environment, a new type of descriptor is born: individual action frames.

An example of individual action frames being applied to the current communication environment is found in Muhammad Khalil al-Hakaymah’s publication Towards a New Strategy in Resisting the Occupier. Several subsections of the former Egyptian Islamic Group member’s work highlight these emerging delineations of collective and individual actions. ”It is important to apply proper terminology to our observations of jihadist communications, as the exercise of doing so can in itself provide insight into the future direction of terrorist manifestations, as well as opportunities to influence the outcomes” One section entitled Individual Jihad, To Be Used in Countries Not Directly Occupied, builds upon his previous work Wasa’il al-Jihad al-Fardi [Methods of Individual Jihad] by elaborating upon the historical precedence of such individual obligations and actions.

Another prominent publication that played upon this new idea of individual action is entitled 39 Ways to Participate in Jihad and was written by Muhammad Bin Ahmad al-Salim. Al-Salim’s work details numerous choices that the individual has for supporting jihad activities that do not fit neatly into the traditional conception of coordinated collective action.

The famed strategist Abu Mus’ab al-Suri provided a potential title for this type of action: The School of individual and small-cell Jihad. In his famous work the Global Islamic Resistance Call, he wrote that:

… The important point here is that a Jihadist should become a member of Individual Jihad terror in his own area where he lives and resides, without having to go to the trouble of travelling and immigrating to an area where he can engage directly in Jihad…The aim of carrying out resistance missions and individual Jihad terror is to inflict the largest human and material casualties possible on American interests and its allied countries. The aim is to make them recognize that the resistance has transformed into an intifadah/uprising phenomenon against them as a result of their aggression.

Although it could be argued that acting in such a way represents a collective action as the global Jihad is decentralized, and that the individual actions of multiple actors would represent collective action, it is nonetheless a grey area in terms of the current descriptors.

It is important to apply proper terminology to our observations of jihadist communications, as the exercise of doing so can in itself provide insight into the future direction of terrorist manifestations, as well as opportunities to influence the outcomes. For example, much has been made of the so-called home-grown terrorist cells appearing in and elsewhere. These home-grown cells are basically operating autonomously, with little direct interaction between them. This could be considered adherence to the School of Individual Jihad; these groups must thus operate based on what they understand to be the general guidance articulated by the traditional jihadist leadership, such as Osama bin Ladin, Ayman al-Zawahiri and the other less prominent ideologues mentioned in this article.

As previously stated, such autonomous developments have been encouraged by various jihadist leaders and strategists. However, the intricacies of individual action as a strategy and obligation have not been thoroughly articulated or agreed upon by the Movement. In fact, there are very significant disagreements as to the proper strategy to employ. Furthermore, a global intifadah stimulated by individual actions has yet to materialize and, given current conditions, shows no signs of appearing in the foreseeable future.

Can we thus call this emergence of the individual jihad a strategic failure? If so, then what will the adjustment be on the part of the jihadist strategists? How will they communicate a new strategy? Will we witness a reverse of rhetoric: the disavowal of individual jihad as a primary component of jihadist grand strategy? It seems that if individual jihad is abandoned as a strategy, the formation of home-grown terrorist cells might become less common in , as such a formation would be in line with the previous failed strategy.

These questions are very much open for discussion. For those put in charge of anticipating the jihadist strategy’s next move, it is essential to start to seek answers to the questions in order to allow for more effective preparation and application of future counter-terrorism policies.