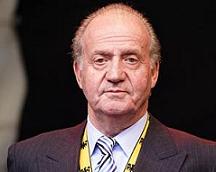 No one disputes Juan Carlos I’s role as facilitator of democracy during the Spanish transition. Regardless of the current crown-wearer’s behavior, the author believes it is necessary to open up a serious debate concerning the viability of the monarchy, and he directly points to the type of regime that we want in .

(From ) NO ONE DISPUTES JUAN CARLOS I’S ROLE as facilitator of democracy during the Spanish transition, despite the fact that it was the dictator Francisco Franco who catapulted him to the role of Head of State in another one of Franco’s messianic gestures. However, the contributions of the Spanish king have been exaggerated by the media and official proclamations to the point of him being painted as one of the great architects of ’s political restructuring.

Juan Carlos I’s return to the political stage in the 1970s occurred under exceptional circumstances, in the heat of a difficult ideological restructuring that had its sights set on a coexistence that had failed many times before. Paradoxically, this reconstruction was encouraged by the beneficiaries of the ancient regime, which to a large extent obliged the weak and friendless opposition to bite the bullet and accept the fact that the Francoist establishment could not be fundamentally altered if a reasonable future was desired. To the myth of the transition (which was actually not very commendable, and whose faults have been correctly reviewed by intellectuals of standing as high as Vicenç Navarro’s) we would have to add the invention of the perfect monarchy.

“The fact that the State’s leadership is hereditary, independent of how many brain cells that the successor might actually use, is a resounding anachronism”Made the driving force of democracy, a guarantor of liberties and a meeting point for everything Spanish, Juan Carlos I has become one of the most unshakable taboos of this country. The figure of Juan Carlos I continues to be made criticism-free. The opaqueness of the Royal Family’s budget contrasts with the transparency that it demands from any average citizen.

He has become a virtually untouchable figure, in spite of the uneasy close relations that the monarch has maintained with bankers and solitary businessmen that have ended up in prison. Juan Carlos I has not discussed his shady business deals, his invisible wealth or his unclear role in the putsch of February 23, 1981, which some books attempted to document, with little success, given that they were banned immediately after being put on the market.

In other countries like Great Britain, where the monarchies do indeed have roots, the Royal Family’s stickiest matters are solved without great complexes, whether they affect the citizens as a whole or not. “It is incomprehensible that a family should maintain prerogatives that influence State politics, systematically evade popular scrutiny, and are bequeathed from fathers to sons as if they were mere dinner plates” However, in Spain, we continue to have a press that is generally associated with the Court and does not hesitate to shower the monarchy with praise whenever necessary; it has become a safeguard for the monarchical institution, shielding it from all possible threats.

All of the European monarchies that survived the Second World War are currently undergoing an identity crisis, which humanizes them in some cases while numbing them in others; in general terms, this crisis is highlighting their decadence. At this point in history, it is incomprehensible that a family should maintain prerogatives that influence State politics, systematically evade popular scrutiny, and are bequeathed from fathers to sons as if they were mere dinner plates.

Besides, in our case not only have the acquired and transferable rights not brought in communal profit, but rather they have caused us lots of trouble throughout history, keeping in mind the havoc wreaked by almost all of the princes that have succeeded to the Spanish throne.

WHAT TYPE OF REGIME DO WE WANT?

Getting past the monarch’s behavior, this is a truly loaded matter, and it points directly to the type of regime we want in . The fact that the State’s leadership is hereditary, independent of how many brain cells that the successor might actually use, is a resounding anachronism.

Similarly, it flaunting the supreme command of the armed forces without any merits greater than those acquired while still in the crib is very outdated.

As has a history of being very vengeful towards loved ones, the challenge of calling a referendum to settle the nature of the once and for all is twice as risky. But inhibition, in the upcoming years and in the long run, feels much more counterproductive. And in times of elections like these, this and other truly significant debates are sorely missed.