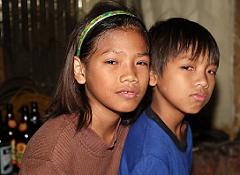 The Philippine education system is marked by high dropout and repetition rates and low overall performance. Under a new definition of functional literacy, the rate could drop to as low as 6 percent. The author contends that the sector is afflicted with a myriad of problems, and although many government programs look promising, he points to governance as being the key.

(From Manila) JUST HOW EDUCATED ARE FILIPINOS? Very highly, if official figures are to be believed: at 93.4 percent, the basic literacy rate is closer to those of developed countries than developing ones. Furthermore, Filipino workers are acclaimed as some of the most skilled globally, and there are now more than 7.8 million Filipino workers overseas, representing some 25 percent of the total workforce. The country also has a reputation of being home to many good English speakers; hence it is one of the outsourcing service industry’s top investment destinations.

However, this is only half of the story; Philippine education has failed to live up to its potential for overall excellence. In fact, education outcome in the is quite low in comparison to the rest of , and it ranked last among 36 countries in student performance on mathematics and science tests. In national exams, grade 6 students scored, on average, only 53.99 percent, while fourth year students scored less than half for a failing average of 44.36 percent.

A LOOK INTO THE UNDERBELLY

“Under a proposed new definition of functional literacy, it is possible that the literacy rate could drop to as low as 6 percent” The education system is also inefficient at ensuring that those who enroll in grade 1 complete the 10-year basic schooling of six years in elementary and four years in high school. Dropout and repetition rates have increased during the last five years, thus causing precious government financial resources to be wasted. Only 68 percent of grade 1 entrants will ever finish grade school, and less than 40 percent will eventually finish high school. More than half of those who do complete the basic education will take up to 16 years to finish what was designed as a 10-year program. Fewer still (23 percent) will reach college, and only 14 percent will eventually receive a university degree. A national survey revealed that the total number of Filipinos between the ages of 6 and 24 not attending school has risen from 9.7 million in 1994 to 11.6 million in 2003.

While the education system is bad enough at keeping the students in school, in terms of performance, schools in most regions are considered to be falling further behind. Despite the high official literacy rate, the absolute number of Filipinos who can’t read or write is exceedingly high: 4.1 million. Moreover, a lot of those who have graduated with degrees have not even acquired the necessary level of competence that the schooling was supposed to provide them with.

What’s more, there is a controversy brewing. Education experts consider the definition of functional literacy as being able to read and write to be inadequate and oversimplified, and they contend that it does not translate to functionality in the workplace. Under a proposed new definition of the term, one must also acquire the ability to communicate effectively, think critically and be productive. If this new definition were to be implemented, it is possible that the literacy rate could drop to as low as 6 percent, according to Nap Imperial, division chief for Education and Manpower Development of the National Economic Development Authority [1].

Over the years, the Philippine government has employed reams of strategies, introduced many changes and a countless number of reforms, and changed the structure and name of the education department from one thing to the next. Nonetheless, there is one thing that has remained constant: the outcome.

AFFLICTED WITH A MYRIAD OF PROBLEMS

“There is also a bit of favoritism at play when it comes to education funding” So what is ailing Philippine education? Apparently, a myriad of problems, as described by Education Secretary Jesli Lapus [2] himself.

For starters, the sector is enormous in size: Education accounts for 30 percent of the bureaucracy and over 40,000 public schools operate on 7,107 islands. Although it already has the biggest annual budget allocation, it is far from adequate, since about 85 percent of the Department of Education’s (DepEd) budget goes directly to salary. And with one of the highest population growth rates in , 2.36 percent, the government is hard-pressed to cope with funding the necessary social services, particularly those related to education and health.

There is also a bit of favoritism at play when it comes to education funding. As for higher learning, the Philippine Military Academy [3](PMA) got the biggest chunk in 2006, with an annual budget of P325.13 ($6.29) for each enrollee. Compare this with the country’s premier state college, the University of the Philippines, which comes in a distant second with only P125.34 ($2.42) for each enrollee per year, or other state universities and colleges, which have to make do with an average budget of only P17.26 ($0.33) per enrollee.

Critics of the current administration believe that President Gloria Arroyo [4] is intentionally doing many favors for the military, ranging from giving them lucrative positions in the government and government-owned corporations to allotting them a bigger share of the PMA in exchange for their loyalty and full support. Arroyo has had to fend off numerous coups by disgruntled soldiers since assuming the presidency in 2001 by means of a bloodless revolt.

Poverty is another big problem, as there is a strong correlation between poverty levels and literacy rates. Top performing DepEd divisions come from regions of low poverty incidence while poor performers are from regions with high poverty rates, usually from , which is beset with a peace and order problem.

“There is a lingering perception that public schools are inferior to private schools in terms of quality” About 42 out of every 100 children come from a poor family, and a lot of these children sacrifice their schooling in order to be able to work and augment the family income. Official figures put the number of working children between the ages of 5-17 at 4 million, with 70 percent of them living in rural areas. About 30 percent of them do not attend any school whatsoever, and for those who do still manage to go, work interferes with attendance and school performance, contributing to low grades, absenteeism, tardiness and eventual dropout. Moreover, mental development is affected by extreme hunger, which can be prevalent in impoverished families. In the , malnutrition continues to be a serious problem, specifically with iron, iodine and vitamin A deficiencies. This leads to lower IQs, poor school attendance and shorter attention spans. As such, the malnourished are more prone to repeat grades, drop out or achieve less in schools.

“The government has instituted far-reaching poverty alleviation programs that involve other government agencies such as the Departments of Health and Social Welfare, as well as local government, private sector and civil society groups” Public schools are free of course, but incidental costs such as transportation and school supplies are luxuries that poor families cannot afford. Also, there is a lingering perception that public schools are inferior to private schools in terms of quality. The better performance of private schools is largely attributed to smaller class sizes, availability of better infrastructure and facilities, and capacity for higher salaries for the teachers. But due to the high poverty incidence, only 5 percent of elementary schoolchildren are enrolled in private schools. Moreover, quality varies greatly even among private schools, especially among colleges. Some are excellent while others are considered to be diploma mills with low standards. And those that do provide a good education invariably carry very hefty price tags.

Other factors believed to contribute to the lack of interest in schooling are a lack of support from the parents themselves, the distance of schools, the poor quality of the available schools and the daily demands of community life.

A SHOT IN THE ARM

“It all boils down to a question of governance” Realizing that the problem is not simply confined to the education sector, the government has instituted far-reaching poverty alleviation programs that involve other government agencies such as the Departments of Health and Social Welfare, as well as local government, private sector and civil society groups. For example, the government is trying a different tactic to improve performance and reduce the dropout rate among grade school enrollees by partially addressing the problem of malnutrition and hunger through the Food-for-School program [5], in which public schoolchildren are given fortified rice, noodles and milk. It has also piloted the Every Child a Reader Program to improve grade school pupils’ reading proficiency, and remediation programs for elementary and high school students to improve competency in three important subjects: Math, Science and English.

Driven by the belief that the high dropout rate could be brought under control with proper preparation before entering grade school, DepEd has intensified its preschool program. Additionally, it has strengthened its alternative learning programs to cover the needs of out-of-school youths and those in other less developed sectors. The private sector, mostly through the Adopt-A-School Program, is pitching in by constructing schools and classrooms in areas with acute shortage, while local governments are augmenting the education budget by allocating part of their tax collection to it. The DepEd has also opened up more than 16,000 teaching positions, the highest number in recent years, in order to reduce the shortage in teaching personnel. It has also budgeted for teacher training programs to improve competencies and other incentive programs such as affordable homes for teachers.

With so many programs, some of which are already recognized internationally and being copied in other countries, how could the go wrong? Imperial said that it now boils down to a question of governance. Because of the frequent changes in the leadership in the Department of Education and other government agencies, programs are not being sustained. This results in incoherent programs, thus weakening the bureaucracy, he said. Right now there are street protests left and right to remove Arroyo. How can government programs be successful if not even the presidency is safe?