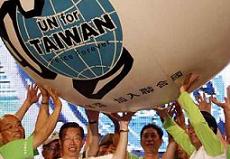 The supporters of Taiwanese independence consider Kosovo to be a precedent that encourages them not to give up in their struggle. Nevertheless, the differences between the two cases are obvious, and not only due to the democratic imperative necessary to constitute a state; neither the origin of the dispute nor the regional and international context of the two cases is similar either. This is why the consequences of Kosovo’s independence will probably be felt more in the South Caucasus (Transcaucasia) or Europe rather than in the , states the author.

(From ) IN THE WAKE OF KOSOVO’S RECENT independence proclamation, a congratulatory message was dispatched from to the authorities in Pristina, highlighting the common denominator of democracy and sovereignty as shared values. The supporters of Taiwanese independence also consider Kosovo to be a precedent that encourages them to persevere in their struggle.

Nevertheless, any parallel drawn between the respective situations of the island and the new Balkan republic in order to establish a legitimate international precedent for secession deserves to be scrutinized for clarification.

“For China, the UN’s role as an impartial arbiter of international conflicts has weakened with Kosovo’s independence” The Taiwanese proclamation has added domestic value since, coinciding with the presidential elections, a double consultation concerning the admittance of Taiwan or the Republic of China (the first one promoted by the Democratic Progressive Party [1] –DPP– and the second one by the Chinese Nationalist Party/Kuomintang [2] –KMT–) to the United Nations is set for March 22. Say what they may about the consultation being carried out in the planned format, it is equivalent to asking the Taiwanese if they want to be a legally recognized State, which would put an end to the current ambiguity. On the other hand, this is a question that has not been posed in Kosovo, with the parliamentary decision having been chosen instead. “It looks like neither will have a smooth entry into the United Nations, due to the Chinese and Russian vetoes”

If the democratic imperative is observed in an unequal way in both cases, neither the origin of the dispute nor the regional and international context is similar in both cases. What is more, is today much more of a state than Kosovo: it has an army, police, judges, and for the moment, more diplomatic allies than Pristine, although they are not as powerful. If one is a State ruled by men, but not by law, the other is going to convert itself into a State ruled by law, but not by men, with enough added protection to be able to guarantee stability in the zone, as is said.

Another substantial difference that sets Kosovo apart from is the role of the . , which has been very concerned with Kosovo’s independence, is not . The spokesperson for their Department of Foreign Relations, Liu Jianchao, assured during a press conference that neither has the right nor is qualified to recognize Kosovo’s independence. For , the UN’s role as an impartial arbiter of international conflicts has weakened with this action. “Taiwan will have it much more difficult than Kosovo when it comes to fulfilling the longing for independence that some of its citizens demand” But even more so, the foreign meddling has hindered the understanding between Kosovo and Serbia that should lead to a compromise (something that, mutatis mutandis, would interpret Taiwan’s problem so that, on the other hand, Beijing does not demand the role of UN arbiter, since it considers it to be a domestic conflict).

Washington, which encouraged Pristina’s independence, has nonetheless criticized the plebiscite assemblage of March 22 because it thinks that it can alter the status quo in the Taiwan Strait, which could upset the region’s stability, give rise to a cry for the use of force in Beijing, and put an end to the arbitrating role that in good measure legitimizes the United States’ influence in the region.

But it looks like neither of the two will have a smooth entry into the United Nations, due to the Chinese and Russian vetoes. Still, in a couple of weeks or months, Kosovo could be recognized by five times as many states as .

RESPECT OF INTERNATIONAL LEGALITY AT STAKE

In both cases, on the other hand, respect of international legality is at stake. In Kosovo, it is clear that Resolution 1244 of the Security Council has formally been thrown aside. And although it might be more debatable in , as the island was the cause of the division in the civil war and the continent’s losing government’s a priori relocation to the island, a peace treaty would make more sense than a declaration of independence. “Both the parliamentary and the social majority identify more with the status quo: neither unification nor independence”

On the other hand, ’s defeat in 1945 would seem to call for ’s logical return to (as was understood by the KMT upon relocating to the island in 1949), putting an end to the situation begun in 1895 with the Treaty of Shimonoseki.

Taiwan, beyond the setback experienced by the PDP in the legislative elections of this past January 12 and the foreseeable defeat on March 22, will have it much more difficult than Kosovo when it comes to fulfilling the longing for independence that some of its citizens demand. Both the parliamentary and the social majority, which has undergone an intense process of Taiwanization during the past eight years, identify more with the status quo: neither unification nor independence. This is a problem quite different from that of or Xingjiang, even though in all of them the political-territorial architecture and the demand for self-government outline common interest and unquestionable entity factors.

As such, it makes sense to think that in the immediate future the consequences of Kosovo’s independence will probably be felt in the South Caucasus more than in the .