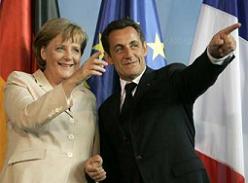 The arrival of Sarkozy to the French government has provoked some changes in French foreign affairs: an approximation to the , a tuning in to the and better tandem autonomy with . The transformation could have consequences in the long term for internal cohesion in the European Union, states the author.

(From ) THE ARRIVAL OF NICHOLAS SARKOZY to the French Government seems to have provoked changes in French foreign affairs. In the first place, has become closer to the . Secondly, has tuned into the and as a consequence of all this, has foreign affairs more autonomous than when they were generally used to accompanying . These foreign affairs are less conditioned to an understanding with and leave free to make its own decisions. The objective, not desired by the German government, could have long-term consequences for internal cohesion in the European Union.

With each new French president, the bilateral relations with suffer a certain period of coldness. This has occurred with the most recent French heads of state: Giscard d’Estang [1], Mitterrand [2], and Chirac [3] and their counterparts Schmidt [4], Kohl [5], and Schroeder [6]. The question now, according to analysts and diplomats, is whether this period is now lasting too long. The Italian daily newspaper, The Republic, even stated that there has never been such a long glacial period between and .

“Sarkozy’s lack of diplomatic skill has been noticed. Sarkozy has treated foreign colleagues with whom he disagrees like he does the opposition in the Parliament” Behind the lack of warmth in the relations, there certainly seem to be personal and political motives. The lack of tuning in to German culture is influenced directly by Sarkozy’s ill-will toward the Germanic grandfather on his mother’s side: a Sephardic Jew of Salonika () that converted in to Catholicism. This past December in a chat with students in the Argentine University Mentouri, in , Sarkozy recognized that his grandfather (Benedict Mallah, a doctor) has confessed his hatred toward Germans. The French president said that in his house they never called Germans by their proper names. The writer Yasmina Reza [7] stated in this sense, her conversation with Sarkozy to illustrate his little personal inclination toward . Sarkozy was asked whether or not he was feeling better in than in and the current French president confessed having trouble not only in , but in . Not only does horrify me, but as well, added the writer in response to the president.

“The lack of tuning into the Paris-Berlin axle might relate to ’s cancellation this past winter of two important dates” Sarkozy’s personality may also have played against the personal bonding of the leaders of the two countries. Sarkozy has managed to treat foreign colleagues that disagree with him in the same way he does opposition in Parliament. A very famous case, in this sense, was the dispute between the German minister of Finance, Peer Steinbrück and Sarkozy. Steinbrück corrected Sarkozy in a meeting of Ecofin (European ministers of Finance), and consequently angered Sarkozy. The French government asked the German Chancellor Angela Merkel to publicly chastise the minister, and Merkel did not comply.

This apparent lack of tuning in and the weakening of the Paris-Berlin axis might be due to the French cancellation of two important meetings with their neighbor on the other side of the rim, . One of the canceled meetings was a regular and habitual encounter between the governments of these two countries that was delayed until June 9th. The other canceled meeting was directly between the Finance ministers of the two countries, Christine Lagarde and Peter Steinbrück.

“Sarkozy tries to establish exceptions to the commitments that he himself acquired to prevent public deficits in the Euro-zone over 3 per cent of the GDP of every country” The change of mood between Paris and Berlin has also been related to, in great measure, the considerations in foreign affairs that Sarkozy has brought to the Élysée Palace [8] and Quay d’Orsay [9] (French Ministry of Foreign Affairs). Sarkozy’s approaches (which could be qualified as neo-gaullist) have shocked those defended by the German government in some key questions of common and European foreign affairs. One of these is the recovered role of the European Central Bank, which regulates the Euro. has asked for a relaxation of interest rates to avoid a strengthening of the currency that is seen in the lack of competitiveness of French exports. Exports in have not suffered from the effects of a strong currency (on the contrary), perhaps due to the technological value of the German sales in the exterior.

“ plans on basing technological innovation on the strategy. supports and increases the size of its economic conglomerates through protectionist measures” Another collision point in the economic environment right now is the question of the French public deficit. The thirteen members of the Euro-Zone agreed last year to balance their balances for 2010. Though Sarkozy assumed this commitment, he has emphasized that this measure will only come to fruition if French economic growth is higher than it recently has been. That is to say, he tries to establish exceptions to the commitments he acquired to prevent public deficits in the Euro-zone of over 3 per cent of the GDP of every country.

The discrepancies have also been produced in other fields, like that of nuclear politics. has offered to construct nuclear centers in and . has been upset by this offer of nuclear proliferation in a zone so sensitive for . Also there have been misunderstandings in the Lisbon Strategy, or the European policy of promotion of economic growth and employment. bets on basing technological innovation on this strategy and on new telecommunications sectors. , on the contrary, will support and increase the size of its large economic conglomerates through protectionist measures.

“For Berlin, the Mediterranean Union Project can be interpreted as the French desire to exert its hegemony as a potential protectorate of North Africa” The major misunderstanding, however, has been produced in the Mediterranean policy that Sarkozy wanted to establish as the inauguration of his next European presidency, in the second semester of 2008. The French government and royal counselor, Henri Guaino, has created the idea of the Mediterranean Union to link Europeans, North Africans, and the . first counted on the reluctant support of and who were obliged to support the project. Nevertheless, it was met from the beginning with German opposition, which did not want to see itself outside of a project that divided the European Union. Half of the countries are not included in this important zone and thus many points of view are missing.

“Aside from the coldness in the relations with the Rhine neighbors, there seems to be a third consequence: the bonding of France and the United Kingdom” Seen from Berlin, the Mediterranean Union project was interpreted as the French desire to exert their hegemony as a potential protector of North Africa, so that could follow similar policies in . It would be a question, from the French point of view, of offsetting the creation of a Mitteleuropa, after the revenue of Central European countries, which has economically benefited from.

To fight for future leadership of the European Union on the basis of the importance of every country is according to zones of influence. To move in these parameters (as before the peace of ) implies walking to an uncertain future of proven pernicious consequences. The German chancellor pressed Sarkozy to not continue with the Mediterranean Union, stating that the collaboration with the should use the riverbeds already established by the European Union in the Conference of Barcelona. Since the French project has been paralyzed, there has been a victory of the German diplomacy, which has made Sarkozy see the risks of his plans for the division of .

“The new collaboration between London and Paris is going to have an emphasized aspect in the civil use of nuclear energy, with the construction of centers in the UK with French technology” The major coldness on both sides of the Rhine seems to have a third consequence, the bonding of France and the United Kingdom. The recent State visit of the French president to demonstrates the new affection of French diplomacy for its neighbor on the other side of the Channel. In a solemn speech in the Westminster Parliament, during a combined session with the House of Lords and the House of Commons, Sarkozy wanted to underline his desire to create a Franco-British brotherhood, according to his own words.

The British Prime Minister, Gordon Brown, congratulated the French initiative, since the effect weakens the Paris-Berlin axis, which the British have always distrusted.

“By means of English diplomacy, Sarkozy pretends to get closer to the United States to re-establish the tense relations from Chirac from the invasion of Iraq in 2003”

Historically, since London has tried to diminish the potential of the French-German tandem. is reinforcing the bilateral relations to change the pair into a trio, or promoting the widening of the European Union and thereby diluting the influence of the French and the Germans.

The new collaboration reinforced between and is going to have an aspect emphasized in the civil use of nuclear power, with the construction of new head offices in the with French technology. The strongest position that Sarkozy wants to give to in the international environment is to collaborate with in matters of defense. remains the other nuclear power inside the European Union and the other country with a permanent seat on the Security Council. By means of this English diplomacy, Sarkozy tries, in the last instance, to also approach the United States, to restore definitively relations with Washington after Chirac’s opposition to the American invasion of Iraq in 2003.

Could this be the end of the Paris-Berlin axis and of the European locomotive so many times commented as the vanguard of the unity of the continent? Not even in spite of the coldness of the moment.

Because of the overlapping of commercial and economic relations (the exchanges between and and vice versa are the most substantial that exist between two European countries), and because of the need of political cooperation, it does not seem appropriate to put an end to the special relationship between the two countries. needs in order to be strong in the world through the European Union, and vice versa, and the political spheres of the two countries are certainly conscious of this mutual need.

Nevertheless, none can deny that there have been better moments in the bilateral relations between the two countries.