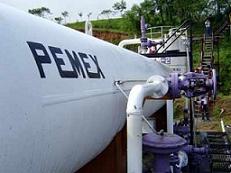 The Mexican congress should debate how to extract the best profit from the diminishing supplies of petroleum and its elevated price before the business ends because it is surrounded by the laws of protection and environmental sustainability. However, while makes a gamble so that PEMEX and its economy earn competitiveness and sustainability in the short term, the politicians shut themselves in their dogmatisms and watch a different soap opera, states the author.

(From ) EMILIO AZCARRAGA JEAN [1] AND RICARDO SALINAS PLIEGO [2] are men of fortune. Both have made millions with Mexican soap operas. In appearance, their companies, Televisa [3] and TV Azteca [4] (the largest producer worldwide of Spanish programs, and its hardened competitor) have spanned the globe. Something in them attracts audiences as diverse as the Japanese, Russians, Italians, Peruvians, and of course, Mexicans.

The soap operas are formed from classical stereotypes. In these Mexican soap operas there is always the bad person, a hero, a rich woman, a poor person, a venerated mother and the antagonist, the hateful villain. The secondary roles vary, adopting positions as typical as the good poor person, the evil millionaire changed into the patron, and the prodigal son. No matter what, there will always be the good and the bad.

“If PAN and PRD, Lopez Obrador y Calderon, take the roles of good and bad, the PRI, third in disagreement, is the stupid one who will go with whoever pays better political dividends” Something of that plot stew exudes the discussion of energy reform in the Mexican congress where the roles invert according to who writes the plot. For those who advocate the opening of energy resources to the private investment, the villains are personified by Andrés Manuel Lopez Obrador [5] and the Revolutionary Democratic Party (PRD [6]). Lopez Obrador lost the presidential election of 2006 by a narrow margin before the winner, Felipe Calderon Hinojosa [7]. Now, Lopez heads the opposition to the privatization of the underground resources. For him, evilness is in the president, his allies, and the National Action Party (PAN [8]), the conservative organization that from 2000 substituted in power the Revolutionary Institutional Party (PRI [9]), the leader of for more than 71 years.

If PAN and PRD, Lopez and Calderon, take the roles of the good and the bad, the PRI, third in disagreement, is the stupid one who will go with whoever pays better political dividends. The only roles that remain are those of the good mother and the evil aunt. In both cases, this is the state petroleum company, PEMEX [10], waif and villain, the holiest of all holiness.

PETROLEUM: A QUESTION OF FAITH?

The sea surrounding the reform has been rough since Lopez Obrador called the new civil resistance. After losing the elections, Obrador yelled fraud in the streets but his movement died of starvation. Why would it be different now?

Petroleum seems to be a matter of faith before economics. The Mexican constitution has impeded foreign investment in hydrocarbons, considered to be of strategic and sovereign value, since 1937, when the President, Lazaro Cardenas del [11], nationalized the Petroleum industry. The rule, child of an age where crude oil was abundant and made a difference in the industrialization of nations in development, was overcome by the historical dynamic and economic globalization but not in the Mexican collective unconscious, where the nationalist flag is flown by the governments, soccer coaches and mariachis.

This is not minor. The government of Vicente Fox [12], Calderón’s predecessor, was the first one seeking to open the energy business. It failed. Between 2000 and 2006, Fox stagnated in the Congressional sea. Calderón goes to his entrusted confidantes that possess better political skills and maneuvers than Fox. He has placed his confidence in obtaining social safety reform, a flag that Fox guarded with mothballs when the legislators would never. Now he affirms he will pay the necessary costs to liberate PEMEX from sectorial interests and give it autonomy.

REFORMS IN THE SPIRIT OF BLACK-AND-WHITE CINEMA

The government would like Pemex to associate with companies specializing in developing fields in deep waters, and is trying to revitalize it by reducing the tax burden so that it may invest its increased amount of available capital. (The tax pressure on the company is brutal: in 2007, when its earnings were approximately $61.125 million, the government demanded taxes and rights for … $62.620 million).

Calderón has said that he will only present the project if he obtains the minimum consensus with the opposition: however, the hopes are not high. The PRD has threatened massive marches in the country and the Wall Street Journal has alerted even greater risks for the reform. According to the newspaper, the path also gets clogged with the so-called buddy capitalism, a group of Mexican families that control key industries, walling off its business from international competition. “PEMEX lacks money to exploit new deposits, and the production of crude oil has fallen by 300,000 barrels daily from 2004”

Even more, the government has been incapable of demonstrating coherence, confusing the roles of the good and the bad. Recently, the transportation business of the family of Juan Camilo Mouriño [13], Government secretary and political operative of the President, was unionized in a corruption scandal. Mouriño obtained contracts from PEMEX while he was working as the Secretary of Energy in 2003. His supervisor then was Calderón.

The plot of the reform has become more of the sort found in black-and-white cinema than in the rhetorical naivety of the soap operas. And the one who continues paying is PEMEX. The company lacks money to exploit new deposits or to look for more fields, and its production of crude oil has fallen by 300,000 daily barrels from 2004, preventing the country from earning approximately 10,000 million dollars.

The government has announced that PEMEX sank in the ranking of global petroleum companies, passing from the sixth position in 2004 to the 11th in 2007 even when, at that time, it carried out the largest volume of investments in history. PEMEX has confirmed that its feet are planted in a mire. Without funds or freedoms, PEMEX will frustrate the needs of competitiveness in the Mexican economy, and will bring down even further the largest company of the country and the second largest in , just behind the aching Petróleos de Venezuela (PDVSA [14]).

Both companies are demonstrating that, between one State that wants to and another State that does not, businesses will be drained. In the front, the proof that state administration does not equal inefficiency wears the Petrobras [15] symbol, public-private Brazilian company.

“According to official documents, the pace of current Mexican extraction has only 9.2 years of proven reserves” In this soap opera, Petrobras is the unwanted daughter: everyone knows that she is in , but no one wants her in their house. After opening the stock exchange for a minor percentage of its shareholders in 1997, Petrobras professionalized its management and specialized in turning itself, in less than 10 years, into an international leader in depth exploration. Petrobras has repeatedly offered to collaborate with PEMEX, a will expressed as much by its executives as the President of Brazil, Luiz Inácio Lula da Silva. Nevertheless, the deaf ears continue to decline PEMEX’s petroleum fields, especially Cantarell, its greatest proven reservoir, located in ‘s Sound in the .

The Mexican reserves have been diminishing since the mid 1980’s. Public estimations calculate that, since 2000, the proven reserves brought 5,350 million barrels of crude oil. In agreement with the official Diagnostic document: PEMEX’s situation, at the pace of current extraction, leaves with only 9.2 years of proven reserves. Civil servants of PEMEX have thought that it would take 15 to 20 years for the company to explore deposits that would shelter approximately 30,000 million barrels. Half of the time would be with private allies.

The magnitude of the affair exceeds . The country, one of the 10 greatest producers and exporters of crude oil in the world, is one of the three principal suppliers of petroleum to the . The needs accessible crude oil in great quantities and, most importantly, at the lowest price possible. The occupies the underlying plot. For those who defend it, its needs are a unique opportunity for to prove itself an unequaled provider. could be closer than any Arab provider and more reliable than the virulent Hugo Chávez. “For the opposition, if this enables the private exploitation of hydrocarbons, the reserves not probed by PEMEX in the Gulf will benefit anyone else besides the national company” In a business with increasing prices for a diminishing and nonrenewable input like the oil, nearness and reliability are like cash in hand.

But the same argument has its back to the mouth of the opponents, for whom, if enables private hydrocarbon exploitation, the known untried reserves of PEMEX in the Gulf will end up benefiting all but the national sovereign oil company.

This is a plot without technical bases, since a potential asset lacks practical value. To sit on the golden calf does not make one richer: it only provokes a backache. The opposition believes that on the other hand, PEMEX can overcome the contractions to arm itself with money that it does not possess and trepan the slimes of the Gulf only for itself.

While the opposition’s argument has not been convincing, it has effectively generated panic. The government, unfortunately, is no match for it. One of the arguments is that will shortly suffer the Bulb effect (a.k.a Popote, drainage from gravitation pull).

“If the Popote Effect means to state how growth opportunities are lost because of paralyzed procedure, for others it confirms an unlucky destination of which there will always be an imperialistic horde sucking blood”Inaugurated by Fox, such a theory holds that, given the lack of PEMEX’s action in the Gulf of Mexico, international companies are sucking the crude oil and taking advantage of the fact that and the possess shared rights on common caverns. This drainage, which operates as a bulb (called popote in ), can pressure the deposit to push the resource toward a well located nearby, for example, out of the sovereign limits of the country.

And there it is, when the nationalism platform moves the floors: once again, do Americans take advantage? Perhaps the indescribable and often mentioned Porfirio Díaz was correct? Poor Mexico, he said, it is so far away from God and so near the .

No, he wasn’t necessarily correct, but it is just as if he was. The rhetoric game has tensed the ropes, so that if the Popote Effect means for some a loss of growth opportunities due to paralyzing procedures, for others it confirms an unlucky destiny in which, no matter what you do, there will always be an bloodsucking imperialistic horde.

Far from the discussion about sovereignty from another age, the critical issue is how to extract the best advantage from an input like petroleum, which suffers from diminishing surpluses, an elevated price, questioning by influential consumers, and environmental protection and sustainability laws that progressively wall it in.

In energy reform, risks having PEMEX and its economy gain sustainability and competitiveness in the short term at the cost of a revision its constitution, which currently is without demagogues or dogmatisms.

But if the political powers don’t understand this backdrop, they must be watching another channel while the soap opera plays out in a central time slot. In addition, the argument is changed. On television, the evil characters are always villainous and the good characters have a seat reserved with Saint Peter, but in the real world no one is absolutely good or perpetually evil, nor are the affectionate mothers untouchable nor the villains perpetually deplorable.

Companies like PEMEX are incapable of remaining vestal virgins in this century of change and dynamism. Like in the soap operas, the business that they participate in has its own impious maxims, like that which states that, once the splendor of the old days is lost, every television star–like PEMEX or the sovereignty of Mexican petroleum–is left with minor roles, in minor productions.