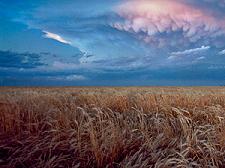 Food increases because of the change in climate; the major revenue of emerging economies like and ; the growing demand for biofuel and speculation, states the author. Find out what will happen in the next few years and what can be done to avoid the hunger of millions of people.

(From ) THE INCREASE IN FOOD PRICES has unleashed social explosions in 40 countries; including places as geographically varied as the , , , , and various countries in .

The worry has not only been in the streets; even institutions like the FAO [1]and the World Bank [2] have been studying the theme. Also, there have been polemics between leaders like Fidel Castro and Lula in relation to biofuel, with the former putting the guilt on Lula, who disagreed not only with this opinion but with that of the British Prime Minister, Gordon Brown.

“Two situations do not deserve doubt: there are social protests because of the increase of the prices and there are elements that explain this situation”

In any case, according to the FAO, the price of food has increased almost 75 percent in some cases in the past three years and the World Bank hypothesizes that the prices will not go down for at least seven years. That is to say, the food prices will increase until 2015. According to Robert Zoellick [3], 100 million people could find themselves in grave danger in the near future.

Certainly, as much as the FAO and the World Bank have been mistaken (which has been many times) in the past, there are two situations that do not deserve doubt: that there are social protests caused by the increase in the prices and that there is a set of elements that explains the situation.

“There should be desire to confront the situation, above all in the most affluent countries, since the poor will be the most affected”

Among the reasons that stand out are the climate change, the major revenue of emerging economies like China and India, the growing demand for biofuel, and certainly, speculation. These elements can be combined in different ways, and more importance can be attributed to some than to others, but there is no doubt that these four are present.

There are two questions: What will happen? What can be done?

The first is, undoubtedly, is to consciously respect the grave situation. Food safety must join the list of elements that seriously affect world safety, at the level of terrorism or drug trafficking, those being only two examples.

In second place, there should be political desire to confront the situation, above all in the most affluent countries since, as in other crises, the poor of the world will be the most affected. If it is not done for altruistic reasons, it should be done for egotistical reasons. To clarify, in moments of strong immigration, the movement will be toward places where an abundance of exists, and the abundance is in the cities of the most prosperous countries.

In third place, from the point of view of the conflict, there is no doubt that the possession of food and access to it will determine confrontations between nations and social groups within nations.

“ alone doubled its demand for meat between 1999 and 2005, and the demand continues to grow”

In fourth place, there is no doubt that the world production of food will need to be increased, though there is no guarantee that this will solve the problem of the price and that of the increasing demand.

In effect, worldwide production has grown steadily since the green revolution of the sixties, but the growth increase has not matched the increased demand from countries like and . These countries, for a change, find themselves not only without famines, but with a new wealth which leads them to demand products that were previously not a part of their historical diet, like wheat or meat. “Agricultural production, which was seen as sign of underdevelopment, now happens to be an important element for national growth” doubled its meat demand between 1999 and 2005, and that demand continues to grow.

Fifth, as with other commodities, including petroleum, this situation is going to generate displacements in the comparative table of riches between consuming and producing countries. In addition, as a consequence, various economic theories are going to be revised, at least for some time. Already, the agricultural production that was seen as a sign of underdevelopment happens to be an important element of national growth.

In sixth place, the technology is going to be much more necessary. In addition, contrary to what was thought, its competition will be essential in confronting the situation.

CHANGES IN THE ECONOMIC AND CLIMATIC DEBATES

In the seventh place, the economic debate is also going to have to be adapted to the situation. Already it is indubitable that that this conjuncture will translate to inflation, affecting unequally distinct social sectors. The most poor dedicate a larger portion of their income to food purchasing, as the price of rice or bread determines a good part of the daily income of the most deprived.

Even some believers in free trade can start adopting restrictions to food exportation and/or price controls. In only the last few weeks, sixteen countries have done it, including , , , , and . In addition to the doubtful economic efficiency of these measures, there are cases approaching anecdotal. For example, the order of President Mubarak that the Egyptian army bake bread and thereby increase what the market can offer.

“The debate will not be oriented only toward a global scope, but in terms of losing and winning countries”

Eighth, the discussion of climate change is going to have to acquire a more urgent and practical tone.

In effect, people should spend less time discussing whether or not the climate is changing, and instead ground the debate in the reasons, in its impact, and if necessary, in altering the productive chain. Nevertheless, having added up the rise in food prices, this acquires a distinct urgency. The debate will not be oriented only toward a global scope, but rather in terms of losing and winning countries. For example, the balance of trade in , and has increased as result of food price rises, whereas , , , and others have found themselves among the losers.

In ninth place, a distinct situation is present, from the moment that both climatic change and price increases generate winners and losers as a transfer of resources takes place among countries and areas of the world. However, these trends are not always going to coincide. Regions like can benefit from the rise of prices and at the same time can be harmed by climate change, inflation, and social conflicts.

First, though, it is necessary to add the impact of the droughts that concern countries as different as , and . Droughts have always existed, “The poorer the countries and the people, the more catastrophic the effects can be”though the governments argue that rarely have they been so strong.

In tenth place, there is no doubt that speculation is present when the price of rice has increased 70 percent in two months in Asian countries and the price of wheat has tripled since the beginning of 2006.

Finally, the increase in the price of petroleum will impact the production and transport of food.

In conclusion, we still do not know if this situation will determine a structural change or it will be considered a passing phase in the world economy. However, looking like the situation looks, there is no doubt that as families and countries become poorer, this food crisis could have catastrophic effects.

In its heart, the topic is not even economic or environmental, but ethical, since we are speaking of the reason for which the world is capable of producing food in excess but unable to distribute that food adequately, at least at prices the poor could pay.

When some future historian looks back at our world in two or three centuries, it will be difficult for him to understand why situations of this magnitude were generated in the beginning of the 21st century.