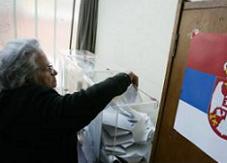 Serbia continues to be entangled in an inescapable deadlock, without internal options that involve the majority of the population and without any reason to trust outside proposals – especially those of the European Union, despite their success in the parliamentary elections, says the author.

(From Madrid) IN LIGHT OF THE RESULTS of the general elections recently held in Serbia, and despite the apparent and rather relative victory of those who have been termed the Europeanists it sometimes seems that there may exist a paradox: the awareness that the problems have no perceptible solutions may very well become a foundation for resolving them, or, in other words, the fact that there are currently no solutions may be an impetus to find other ways of resolving the problems, different from the means usually presented in political confrontation.

Such a conclusion would be reasonably highlighted by the inevitable fatigue of the population, which has clearly been confused by a succession of elections that have lead to similarly inconclusive results. Naturally, as a result of the inconclusive nature of these elections, no political party has been able to configure, alone or together with others, a stable government.

In order to describe a scenario as unique as this one, it becomes necessary; it seems, to invoke four important circumstances.

“Faced with this pair of options, nothing makes more sense than the disdain with which many citizens seem to view the future of politics in the country” The first of these, and perhaps the most important, is the condition of a political system in which electoral choices have remained reduced to two options of limited attractiveness.

If the first is a Europeanist idea which reeks of neo-liberalism (which has barely responded to the concerns of much of the population), the second is a plan that, linked with the nationalism of its victims, prefers not to take note of the role that the Serbian leadership has played in the process of violent disintegration in Yugoslavia.

Faced with this pair of options, nothing is more logical than the disdain with which many citizens seem to view the future of politics in the country

Secondly, it will be good to try to revise the labels that we are accustomed to using in relation to the main political forces that operate in Serbia.

We have known for quite some time that the party of Vojislav Kostunica [1], the man who was until recently prime minister, was at first placed in what has come to be called the Europeanist Block and visibly partakes of a nationalism lined with essentialism. But we have begun to realize, also –and here we add a second example– that the Radical Party [2], almost always described as ultra nationalist, is not what it used to be.

If ten years ago, and in relation to Kosovo, radicals clamored for nothing less than the expulsion of the Albanian majority in the local population, in February they were content with proposing an economic embargo against the now independent province. “The common, weary Serb is more concerned (despite what some might say) with matters that directly affect his daily life” Certainly, it is the same political faction that attacked the secession of Montenegro two years ago.

Although the results of the elections hardly warrant this point of view, some believe that the moment has arrived to allow the Radical Party to form a government. This could have two unexpected effects. On the one hand, it could demonstrate that it is a political faction more docile than what it has led us to believe in the past, and on the other hand, it could confirm their inability to resolve the country’s problems. In both cases, the way could be opened to new horizons, which does not seem to be guaranteed under a Europeanist government.

THE LIMITED RELEVANCE OF CONTENTIOUS KOSOVO

“To the eyes of most Serbians, Kosovo is too far gone” An important third fact is the reduced importance that contentious Kosovo has had, to the surprise of some, in the elections.

The common, weary Serb is more concerned with (despite what some my say) the issues that directly effect his daily life, as is clearly the case given unemployment, low wages, or the corruption that permeates much of governmental politics. “The attitude of the EU could be counterproductive for its interests”

In the eyes of many Serbians (whether they verbalize it or not), Kosovo is too far gone.

They seem fed up with this self-interested task to which they have devoted themselves, a conflict that has, on top of everything else (and this has been taken to heart), ended poorly.

THE RESPONSIBILITY OF BRUSSELS

Fourthly and finally, it is not too much to add that there are more than enough reasons to conclude that the attitude of the European Union in response to the successive elections celebrated in Serbia (its intent to quickly formalize one promise or another, while the majority of those promises are simply hot air) could well be counterproductive for the interests that Brussels wants to defend. “The Union must be conscientious of its promises. Otherwise, with time, their breaches of trust will turn into a source of rejection among Serbs” Although it is somewhat difficult to evaluate the circumstances, it seems appropriate to conclude that many Serbs legitimately consider the treats that the Union likes to offer on the eve of elections to be an unfortunate interference.

To put things in perspective, we are faced with something similar to the events of two years ago, when Hamas won the general elections in Palestine: it seems beyond debate that a part of the support received by the Islamic movement stemmed precisely from the threats that the United States, as well as the EU, made to voters, pressuring them to shun all support for Hamas.

In any case, the European Union should be conscientious of what it promises. Otherwise, with time, their breaches of trust will turn into a source of rejection among Serbs.

AT THE SAME IMPASSE

We are left with an obvious conclusion: despite the relative and provisional triumph of the Europeanist choices, Serbia is, as before, at an impasse.

As it stands, it is the result of an obvious fact: if the country does not pay attention to the desires of the majority of its own citizenry, then there is no reason to place confidence in any of the outside agents whose influence (philanthropic, they claim) is allowed leverage.