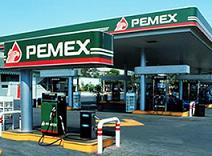 Predictions paint a dismal scene: in 20 years, Mexico may need to import all of its oil when only recently it appeared to be in the big leagues of hydrocarbon production. The oil company PEMEX [1] not only needs a multimillion dollar injection to revive itself, but also the technology to explore and drill at depths in which only select multinational corporations are able to work at full capacity.

(From Madrid) ACCORDING TO THE NUMBERS, undergoing energy reform in Mexico seems inevitable in order to revitalize PEMEX and chase away the storm clouds hanging over the future of petroleum in this North American country.

The ruling National Action Party [2] (PAN) is pushing for an energy reform that seems necessary, but that raises a stiff opposition from the Party of the Democratic Revolution [3] (PRD) and, although to a lesser extent, the third major political formation – the Institutional Revolutionary Party [4] (PRI). “PEMEX not only needs a multimillion dollar injection in order to resurface as a business, but the necessary technology as well”

Mexico is preparing to hold many different forums discussing the scope of a reform that could open doors to foreign capital in a strategic sector, a fact which arouses popular grievances in what is probably the most nationalistic country of Latin America.

This is in spite of the fact that the president Felipe Calderón [5] has insisted that the recycling of energy stands to modernize PEMEX rather than privatize it.

Predictions paint a dismal scene: in 20 years, Mexico may need to become a net importer of oil when only recently it appeared to be in the big leagues of hydrocarbon production. The oil company PEMEX not only needs a multimillion dollar injection to revive itself, but also the technology to explore and drill at depths in which only select multinational corporations are able to work at full capacity. “The major political parties of Mexico need to put aside their biases and develop an energy reform that would satisfy all major needs”

Time is short and Mexico needs to take action. On the one hand, it needs to seek the location and exploitation of deposits that Pemex is unable to manage properly. This mismanagement has been evident though Pemex’s debt due to the excessive tax burden to which it has been subjected, and through its possession of technology that is outdated by 25 years, according to analysts. Also, Mexico needs to sign for PEMEX contracts with multinationals so that the intervention of foreign capital in the oil venture does not deplete public coffers beyond relevant profitability.

In any case, Mexico’s major political parties need to put aside their biases and develop an energy reform that would satisfy all major needs, contributing to collective progress.

THE PRD AND THEIR SIMPLISTIC UNDERSTANDING

“López Obrador tried to prevent the pending debate on energy reform by seizing parliamentary forums and mobilizing the people” So far, the government of Felipe Calderón has not offered sufficient guarantees that the energy reform that it endorses does not seek long term involvement with large multinationals to participate in the work of exploration, refining and storage.

The party (PRD) which most vigorously opposes what it considers an unacceptable sale of PEMEX looks at energy reform too simplistically, without offering concrete proposals. Behind its eagerness to qualify for privatization lies only the voracity of a minority of corrupt politicians and the CEOs of some national companies with foreign partners.

This is at least the story endorsed by Andres Manuel López Obrador [6], a former PRD candidate for the presidency of Mexico who tried to prevent the emerging debate on energy reforms by seizing parliamentary forums and mobilizing the people in a show of open belligerence. This as it has occurred over and over again since he denounced electoral fraud in 2006, which according to his accounts, deprived him of the presidency.

THE RISK OF TAKING A REFERENDUM

Aware that the PRD is not crucial to the outcome of the debate, López Obrador has already threatened to call for a referendum in which citizens decide on energy reforms beyond what will be decided upon in parliamentary forums in the coming weeks. “Rationality, political judgment, expert opinion, and good institutional work should prevail when the time comes for developing energy reform”

Such a suggestion implies a contempt for the popular sovereignty that should rest in the Mexican legislature with regards to solving these formalities.

It also implies a high-risk gamble, since we are talking about a dispute that raises primal passions which begin with the most subtle, malleable national pride,  when it is precisely rationality, political judgment, expert knowledge, and good institutional work which should prevail when the time comes for developing an energy reform that would allow Mexico to regain their pulse with regards to oil.

Financial independence for PEMEX, which some claim is in order to avoid its partial privatization, is not feasible under the current circumstances of financial dependence on the part of the state. This dependence had, over the decades, strangled the hens that lays the golden eggs.

Today it is exhausted and undercapitalized, not only because of deficient administration, but also because of the successive hits it has taken in the form of economic crises, particularly that of 1994.

So far, all have agreed on the desirability of the debate. But if they want to get anywhere, Mexican politicians will first have to get past the deep distrust that they hold, and which thus far represents the main obstacle to developing policies that will prompt the advancement of a country with serious problems and an uncertain future – and not only in terms of its oil.