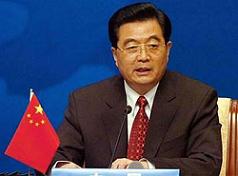 (From Barcelona) IN THE WORLD OF THE SOCIAL SCIENCES, it is not strange to find intuitive or common sense ideas that have been accepted as universal truth over the years, but later turn out to be false, based on faulty or scarce empirical data. This is the case, for example, with certain ideas about the relationship between democracy and economic development.

“Studies in comparative politics in the twentieth century show the existence of democracy in poor countries” A few years ago it was accepted that it was necessary to have a minimum threshold of development to establish a democratic system. It was also thought that when a country became democratic it would start to develop.

Neither of these two ideas hold up to the empirical data that we have access to today. There exist democratic countries with low levels of development as well as poor democracies that simply cannot develop or have much difficulty doing so.

“The contrast is today among three groups of countries: the developed countries, countries that are developing, and those that are practically undeveloped” The first idea is one that has recurred in theories about democracy since Aristotle proposed the desirability of having a substantial middle class as a stabilizing factor for democracy. In the 20th century, minimum economic conditions had their roots in the work of American political scientist Seymour Martin Lipset [1]. However, comparative political studies conducted at the end of the century showed the existence of democracies –in a loose sense of the word– in poor countries (that is to say, those with incomes per capita less than 3,000 $).

Some 70 percent of countries falling into this last category are in Africa. The rest are mostly Central and Southeast Asian states, plus an eclectic group of States that include Haiti, Bolivia, North Korea, and Yemen. There are more than 50 undeveloped countries and they contain a billion inhabitants. While the average lifespan in developing countries is 67 years old, and the infant death rate is 4 percent, in developing countries, the respective stats are 50 years and 14 percent.

The empirical data shows that some of these least developed countries are indeed democratic. Yet they are stagnant. Some are even gradually regressing economically. Overcoming this situation frankly looks difficult for these countries.

GLOBALIZATION: GOOD FOR SOME, BAD FOR OTHERS

“The loss that these countries experience is double, both in financial capital and human capital” Today’s globalization is beneficial in terms of development for developing countries, but it is proving disastrous for undeveloped ones, even if they are privileged enough to possess natural resources (like the oil in Nigeria).

Some have even spoken of natural resources as a condemnation or trap. Their possession generates unintended consequences in the domestic economy. They cause countries to have difficulty diversifying exports and to suffer from the loss of all kinds of capital, like constant emigration, especially of educated people.

“They should not commit the mistakes of the past, dealing with whom to help in the interior of these desperate countries” The loss that these countries experience is, therefore, double (both in financial capital and human capital, qualified technicians, doctors, etc.). Corruption and armed violence are also frequent.

THE SOLUTIONS, BETTER FROM WITHIN AFFECTED COUNTRIES

“The consideration of these issues should be a part of the agenda of the G-8. The time has come to rethink the foundations of a comprehensive trade policy” Aid from developed countries is often misguided and poorly managed. Effective solutions must always come from within these countries themselves. They should not commit the mistakes of the past, dealing with whom to help in the interior of these desperate countries.

Putting conditions and restrictions on what governments do with the aid has proved ineffective. Protectionist politics of developed countries end up being cynical in respect to agriculture while, at the same time, limited aid is handed out to those who, in practice, are kept from exporting.

The consideration of these issues should be a part of the agenda of the G-8. The time has come to rethink the foundations of a comprehensive trade policy and to create a series of international standards to facilitate domestic reforms in countries that have for years been economically stagnant.