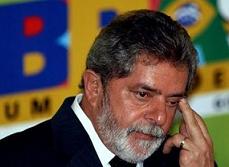 How does one explain that, in a world of increasingly expensive food and commodities, two agro-exporting countries replete with natural resources like Brazil and Argentina have such different economic and business outcomes?

(From Madrid) THE MAGAZINE THE ECONOMIST RESPONDED to this question [1] with cleverness, comparing the situation with the race between the tortoise and the hare. In this version of the story, the hare (Argentina) ran so fast that he ended up falling off a cliff. The tortoise (Brazil) moved ahead very slowly, but steadily and safely.

This is what has occurred since the triumph of Nestor Kirchner and Lula Da Silva in 2003: Argentina has grown at rates similar to China, at an average of 8-9 percent of the GDP. Brazil, by contrast, has kept well below 4-5 percent, but it is attracting foreign investment and controlling its inflation.

“Both countries are benefiting from the new era of expensive commodities, but Brazil is better taking advantage of the new global economic context” It is expected that Brazil will grow this year by 4.8 percent, while Argentina will grow by 6 percent, but with one important caveat: while the actual inflation in Argentina reached 30 percent last year (according to the most respected Argentine analysts, 10 percent according to the official stats of the National Institute of Statistics), in Brazil, the actual inflation was cut to 4 percent per annum. While in Brazil, businesses are internationalizing and gaining markets, poverty is being reduced, and millions of people are being incorporated into the middle class, in Argentina they live with conflict between the agro-exporting sector and the central government, which has lasted for the past 100 days. Also, the poverty rate continues to grow.

BRAZIL TAKES ADVANTAGE OF THE OPPORTUNITY

“Argentina continues to be stuck in the past, without the ability to find a balance. It is a stranger to effective channels for solving institutional conflicts” My opinion is that both countries are benefiting from the new era of expensive commodities, but Brazil is better taking advantage of the new global economic context, which has come to stay for a while.

It is clear that Lula has a strategy for growth that looks to transform Brazil in the long term into a political, economic, and business power on an international level, which gives the country more predictability. Argentina, meanwhile, continues to be stuck in the past, without the ability to find a balance. It is a stranger to effective channels for solving institutional conflicts and fails to take advantage of yet another opportunity.

“The net debt has been paid in Brazil and the country has ample access to markets of foreign capital” This point is demonstrated by the more than 100 days of conflict between rural farmers and the government of Cristina Fernandez de Kirchner, a fact that has left some of the world’s most respected media outlets flabbergasted and in disbelief in their coverage of the ridiculous (and unnecessary) conflict. Few are able to understand what is happening in this southern country where the agro-producing sector is one of the most competitive in the world, but where nevertheless the country is losing markets.

Argentina, for its highly skilled work force and natural resources, should today be much more advanced than Brazil, or even Chile. It should be the richest country of South America.

THE FRUITS OF BALANCE

Brazil has just received an investment grade [2] for its currency emission, according to Standard & Poor’s [3]. The Fitch agency [4] increased Brazil’s credit rating by one step, a BBB- from a BB+. The net debt has been paid in Brazil and the country has ample access to markets of foreign capital.

For analysts in Sao Paulo, the key has been financial reforms. Brazil has granted independence to its central bank, allowing the exchange rate to fluctuate freely according to market laws. Today it rests at 1.60 Reales per US dollar. The Central Bank of Brazil, unlike Argentina, does not regulate the currency markets in an arbitrary manner. The proof is that the value of the Real has been recovered, despite resistance from industry, as a result of a flood of direct foreign investment and exports.

Argentina, by contrast, has pursued a less orthodox economic policy that has served, in my opinion, to help recover the country from the crisis of 2001-2002, but that cannot be internal. Cristina Fernandez de Kirchner must make an immediate change of course, prioritizing institutionalism and sustainability of growth and offering greater legal certainty to investments. “According to the Argentine government, the withholding of exports has enabled it to maintain its surplus and distribute national income. However, this is not entirely true” However, the attempt to further increase revenue through un-fixed retentions on export profits has unleashed a wave of protests that has called the Kirchner economic model totally into question. This has also caused other doubts about inflation, which is always regressive and overflows to affect the poorest among the people.

The Central Bank of Argentina has been buying dollars in order to maintain its influence, given the three Argentine pesos that there currently are to the dollar, and to thus gain competitiveness. This is one of the few countries in the world, if not the only one, where the dollar has a high value. In this way, and thanks to the spectacular rise of commodities, Argentina has grown at rates similar to China with high levels of domestic consumption. According to the Argentine government, the withholding of exports has enabled it to maintain its surplus and distribute national income. However, this is not entirely true.

“Brazil received 35 billion dollars in direct foreign investment during the year 2007, while Argentina has received a mere 5 billion, far behind Chile, which has received triple that” Brazil, with a more orthodox and austere method of controlling public spending and strong supports for businesses, has succeeded in reducing poverty without retentions by employing economic policies that have opted for slow, steady growth. Thus, the country has earned the trust of the entire world and has improved its international reputation. Argentina has followed the opposite path and is now paying the price.

The facts speak for themselves: Brazil received 35 billion dollars in direct foreign investment during the year 2007, according to the Cepal [5]. Argentina has received a mere 5 billion, far behind Chile, which has received triple that. The market rewards predictability.

Brazil counts on further development, with strong and competitive businesses that are internationalizing with the support of the Bank of Development and gaining markets all over the world. “Few Argentine businesses seek to be multinational. By contrast, a dozen Brazilian companies already have global operations” These clients include Embraer [6] (Defence), Petrobras [7] (Oil), Marfrig [8] (Food and Meat), Sadia [9] (Food), Vale de Rio Doce [10] (Mining). Embraer, for example, builds airplanes in China and sells them all over the world. Petrobras just discovered an enormous offshore oil deposit, some 275 kilometres off the coast of Sao Paulo, and has become the most efficient oil company in maritime oil exploration, thanks to investment in technology. A few months ago, the Brazilian group Marfrig bought 8 industrial refrigerators in Argentina and 4 in Uruguay, including those of Quickfood. Marfrig has become fourth largest refrigeration company in the world and has just bought the group OSI (provider to McDonald’s) for 680 million dollars. It has established new operations in Brazil and in certain other European countries, raising its profits from 3 billion to 5 billion dollars. This is a clear example of the internationalization of enterprises in competitive arenas. “In Argentina, overwhelming inflation affects the most needy”

It is estimated that, since 2002, Brazil has invested more than 8 billion dollars in Argentine footwear, textile, food, construction, oil, and beverages. Quilmes brewery [11], Perez Companc, Loma Negra [12] (cement), Acindar [13](steel), Alpargatas, Quickfood [14], and Swift Armour [15], among others, are now Brazilian owned. Except for the Techint group (construction and infrastructures) and Arcor (food), few Argentine businesses seek to be multinational. By contrast, a dozen Brazilian companies already have global operations.

THE MAIN PROBLEM IS CALLED INFLATION

Without a doubt, poverty and the unequal distribution of wealth are very serious problems in both countries, and they are to a greater extent in Brazil. However, Brazil is providing more effective solutions and wisely taking advantage of opportunities. The main problem that the region faces today is inflation. It is always regressive and it always hits the poor the hardest. “Brazil incorporated more than 40 million people into the middle class during 2000-2005” It is interesting to see how countries governed by more pragmatic leftists, like Brazil, Chile, and Peru, have low inflation rates that are more or less under control, while leftist populists face serious problems with rising prices.

According to the estimates of McKinsey consulting firm, Brazil incorporated more than 40 million people into the middle class during 2000-2005, raising some 8 million families above the poverty line, thanks to secure and integrated policies.

“Emilio Botin: Lula has taught us that success can also be Latin American” Jose Juan Ruiz Gómez, chief economist and director of strategy at the American division of the Santander Group [16], said that Brazil is not witnessing a revolution, but it certainly has seen results: Brazil has witnessed a spectacular takeoff of its economy, the confidence of international capital, and a growing prominence of its businesses all over the world.

Michael Redi, American editor for The Economist, affirmed that, China is now the workshop of the world, India the office, and Brazil is the world’s farm… but what about Argentina?

In his last visit to Madrid, Lula seemed happy. Emilio Botin, President of the Santander Group, was very clear when he said, Lula has taught us that success can also be Latin American. I wonder with a little jealousy: why doesn’t the government of Cristina Fernandez de Kirchner follow the direction that Lula has taken in Brazil?

Why can’t his success be shared by Argentina?