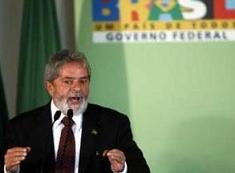 Below you will learn what shortcomings Brazil currently faces with respect to governance. Furthermore, you will understand why its elite must immediately respond to the challenges that globalization is creating, which, in the case of Brazil, have to do with its capacity to lead the promotion of integration around Mercosur, says the author.

(From Madrid) HELIO JAGUARIBE AFFIRMS that governance in Brazil constitutes a serious problem, and he points to five factors that contribute to this serious shortcoming that affects the country.

The list of problems presented here outlines the challenges to which the Brazilian political culture must respond, so that in the second decade of the 21st century it may find a solution to the numerous obstacles that keep the democratic institutions from performing optimally.

This response must also ensure the governance of Brazil, which bears the burden of being the regional leader.

THE ELECTORAL SYSTEM AND THE PROBLEM WITH CONGRESS

The Brazilian congressional government is irresponsible because the composition of the House is arbitrary: people know for whom the House voted for president, but not for whom each representative voted; hence the representation is not representative.

1) Adopt a mixed district count, in which each district votes for its representative, establishing a link between the representative and those represented. “Brazil is a culturally united country, and the patriotism of each individual state does not make sense: they are only administrative bodies”

2) Establish minimum requirements for a party to have the right to exist: for example, a percentage of the national vote.

3) Move toward bipartisanship, not through a decree but rather through the natural evolution of Brazilian society’s own political culture.

While moving towards this, the president would have to be bestowed with the right to dissolve Congress when it fails to achieve a stable majority government.

The parties are not in themselves representative. The hyper-representation clashes with the validity of governance. What is needed is a law that governs parties, as well as an electoral law that allows for the formation of consistent parliamentary majorities, in order to have an effective Congress as a representative body, yet also as a means of controlling the executive power.

FEDERALISM CONVERTED INTO A CONFEDERATION

“Brazil needs judicial reforms so that the Supreme Federal Court’s decisions have a binding effect”The federation must be revised, because the Brazilian states are not countries. Brazil does not have a federal origin, just like the United States-originally a confederation and then later a federation-and Switzerland.

Brazil is a culturally united country, and the patriotism of each individual state does not make sense: they are only administrative bodies. There is only one Brazil, and the legitimate Brazilian patriotism is that of the Brazilian nation itself.

“The government must have at its disposal legal means to replace a biased prosecutor” The president is controlled by Congress, as well as the judicial power, but there are no checks in place against possible abuses of the latter.

Brazil needs judicial reforms so that-as in any modern democracy-the Supreme Federal Court’s decisions have a binding effect, and cannot be appealed before the same body.

In order to ensure a means of controlling and supervising independent of the law, the Constitution of 1988 conferred absolute autonomy on the Attorney General’s office. This had an undesirable effect: the politicization of the office, for ideological and demagogic reasons.

The President cannot be subjected to the whims of an attorney. The government must have at its disposal legal means to replace a biased prosecutor or to punish abuses of power.

THE NEED FOR GREATER LEADERSHIP

The five problems outlined in this article call for an immediate response by the Brazilian elite, in order to be able to meet the challenges of globalization, which, in Brazil’s case, have to do with its ability to lead the promotion of the aforementioned integration, around that initiative from the end of last century, which is Mercosur.