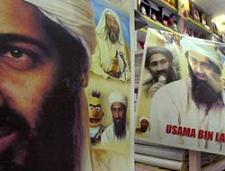 Al Qaeda is losing the support of prominent members of the Islamic clergy and former jihadists due to the acts that it has been carrying recently which, in their wake, have left destruction, misery, and an appalling number of people dead (especially in the Islamic world). This has wound up affecting the coherence of the organization’s ideological discourse. Does this mean that Al Qaeda is going to disappear as a result of the criticism that it has received from its former members? In the short and medium term the answer is, of course: no.

(From Seville) AL QAEDA, IN ADDITION TO ITS ROLE as a terrorist organization is, above all, an ideological reference, a call for mobilization, which seeks a radical transformation of the global political and social Muslim scene. The attractiveness and soundness of these ideas form the axis upon which Al Qaeda’s capacity to achieve its goals fluctuates. However, starting about a year ago, there have been a series of incidents that allow us to speculate about a possible ideological debacle in the global jihadist movement.

“Even the most radical Islamists have become perplexed by the jihadist movement, which has brutally attacked other Muslims” The Mujahideens actions over the past few years have left (especially in the Islamic world) destruction, misery, and an appalling number of people dead in their wake. This has wound up affecting the coherence of the organization’s ideological discourse. Even if it is true that many Muslims were willing to justify the September 11 attacks –as a legitimate response to American abuse and arrogance– these same people have found it extremely difficult to continue to justify the rest of the actions of Al Qaeda, and those groups within its sphere of influence.

Even the most radical Islamists have become perplexed by the jihadist movement, which, far from concentrating all of its forces on the hated Zionist enemy, has brutally attacked other Muslims, killing women, children and the elderly on Muslim soil.

One of the main changes of opinion regarding jihadist ideology that the movement has suffered took place on the sixth anniversary of the September 11 attacks. The Saudi sheik Al Oudah [1], a clergyman who was very admired by Bin Laden in the past, was interviewed on the influential Arab television channel MBC. When he was asked for his opinion on the so-called war on terror, he did not hesitate to address the terrorist leader in the following way: My brother Osama, how much blood has been spilled? How many woman and children, and elderly and innocent people, have been assassinated in the name of Al Qaeda? Will you be happy when you find yourself before Allah almighty, carrying the weight of these hundreds of thousands –or millions– of victims on your shoulders.

“This harsh accusation against Bin Laden packs an extra punch” The true weight of these statements does not come from the harshness of the words contained within, so much as from the credentials of the man who uttered them: Al Oudah is considered one of the fathers of Sahwa, a revivalist Islamic movement that spread quickly in Saudi Arabia in the 1980s.

The harsh sermons that he gave against the presence of American troops on Saudi soil contributed to Bin Laden’s decision to denounce the country’s ruling class as illegitimate. In fact, Bin Laden pointed to the imprisonment of this dissident when appealing to the public to launch attacks against the United States.

In 2004, Al Oudah was one of 26 clergymen who signed an edict that declared the religious legitimacy of the violent resistance against the American occupation in Iraq. As such, this harsh accusation against Bin Laden packs an extra punch, in that his radical background dispels all accusations that he is sympathetic to the United States, or being used by the Saudi royalty.

DOCTOR FADL AND HIS RATIONALIZATION OF YIHAD

This is not the only qualified attack that has been levied at the terrorist organization recently. Last year, Sayyid Iman Al Sharif [2], known as Doctor Fadl, one of the most influential ideologues in the creation of Al Qaeda, published from an Egyptian prison a book that should stir up some true commotion in Bin Laden’s organization. Doctor Fadl has no reason to be jealous of the resumés of any of the current leaders of the jihadist movement: “Doctor Fadl labels the attacks that have taken place over the past few years –including those against civilians in the West– as illegitimate” He is considered the creator of takfirism, a radical doctrine that defends the classification of non-believers (who, as such, are susceptible to being killed) as all Muslims who do not actively support the armed jihad. According to this belief, all true Muslims are obligated to fight against those governments that do not apply sharia or Islamic law. Any Muslim who rejects this duty, and as such gives in to and accepts those governments, loses his or her believer status.

This intellectual resource has been of the main tricks that the current jihadists have used to overcome the theological hurdle that killing other Muslims poses. In fact, pieces written about this topic are some of the most frequently read literature that can be found (as in the case of the ring of those responsible for the March 11 attacks in Madrid) on the computers of various dismantled jihadist networks around the world.

As such, it is quite significant that, in his latest book, titled The Rationalization of Jihad, you can find statements such as: Jihad has been soiled with serious violations of divine law during the past few years (…) there are some who kill hundreds, including women and children, Muslim and non-Muslim, in the name of jihad. “The impact of this book was so great in Islamic circles that Al Zawahiri was forced to respond with a new book” This is an unprecedented reaction in the history of the terrorist group. In this piece of more than two hundred pages, Doctor Fadl, who in his day justified the September 11 attacks, does not hesitate to now label the attacks that have taken place over the past few years –including those against civilians in the West– as illegitimate. This very conviction granted him an interview with an Arab newspaper in which he called Bin Laden and Ayman Al Zawahiri immoral beings.

The impact of this book was so great in Islamic circles that Al Qaeda’s number two man was forced to respond to his former mentor in the form of a new book called Exoneration: another unprecedented reaction in the terrorist group’s history. In this work, also more than two hundred pages long, Al Zawahiri tries to downplay the imprisoned sheikh’s words, and call their veraciousness into question by portraying them as having come from a person who is desperately trying to win over the Egyptian authorities so that they can release him from prison. In fact, he even waxes ironic over Doctor Fadl’s motivations, wondering if the electricity that powers the fax machine from which he sent his manuscript is the same electricity that powers the center’s electric chair.

THE DISILLUSIONMENT OF FORMER JIHADISTS

However, criticism of the current behavior of jihadist groups is not limited to these two people. The Palestinian sheik Abu Muhammad al-Maqdisi [3], one of the most influential radical ideologues, who was formerly a mentor to the leader of Al Qaeda in Iraq –who is already gone–, has shifted away from his former position, and has begun to criticize the jihad in Iraq. According to him, an unproductive use of violence has taken place, especially due to the murder of Muslim Shi’as: The hands of the jihad warriors must remain clean.

“A large number of this campaign’s activists are former jihadists, disillusioned with their former beliefs” On the other hand, veteran mujahideens like Noman Benotman, comrade of Bin Laden in the jihad against the Soviets, and former leader of the Libyan Islamic Fighting Group [4], has not only worked together with his country’s government in order to convince his former comrades to initiate a process of dialog and demobilization, but he has also signed a letter that openly criticizes Al Qaeda’s current leadership, which has brought the organization to deal blows –more and more often– to innocent civilians, above all Muslims.

It is also possible to find new indicators of this slow decline in the religious and ideological legitimacy of Al Qaeda on other levels. Years ago, Saudi authorities set in motion a jihadist demobilization program known as Sakinah (religious inspiration tranquility). It is a campaign headed by a group of clergymen that use the Internet to respond to arguments posted on jihadist websites. Through online conversations, they are trying to bring cyber-jihadists to come to the realization that they are committing a grave mistake, and are victims of a contaminated interpretation of Islam.

However, what is truly important when evaluating Al Qaeda’s ideological strength is the realization that a large number of this campaign’s activists are former jihadists, disillusioned with their former beliefs. According to the Saudi government’s figures, said campaign is a success in that the jihadist argument is very weak and falls apart easily.

Nonetheless, what truly allows us to state that “In the great majority of the countries included in the research, a continuous decline in explicit backing of Bin Laden and his organization can be seen” Al Qaeda is losing the ideological battle is the discovery over the past few years that the group is losing support in various societies in the Muslim world. This trend is noticeable in the opinion studies that businesses and institutions like Pew Research Center [5] and World Public Opinion [6] have been carrying out recently. If we accept these data as valid, we can see how the terrorist organization has squandered a more than considerable base of social support, which had peaked immediately following the September 11 attacks.

In the great majority of the countries included in the research, a continuous (and occasionally spectacular) decline in explicit backing of Bin Laden and his organization can be seen. For example, from 2003 to 2007, support for Bin Laden fell in Morocco from 49 percent to 27 percent, in Pakistan from 45 percent to 24.5 percent and in Indonesia from 58 percent to 21 percent.

Does this mean that Al Qaeda is going to disappear as a result of the criticism that it has received from its former members? In the short and medium term the answer is, of course: no. This trend is not irreversible, and the future can bring new and unforeseen events that could strengthen Al Qaeda’s ideological discourse and capacity for mobilization. Even if social support for jihadist terrorism were to continue to fall steadily, it would not signal Al Qaeda’s death knoll. Terrorism is the business of but a few, and a smaller but fanatic group of activists could keep our societies in check for years. Nonetheless, these data provide us with at least a glimmer of hope, in that aside from the group’s own survival, it looks more and more like it will be unable to achieve its ultimate goals.