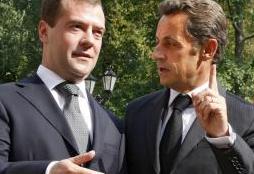 Find out why the crisis in South Ossetia has constituted a tough international setback for Russia and the Slavophile and pro-Oriental positions that the new president Medvedev and his prime minister Putin defend. However, should Europe expect some type retaliation by Moscow in terms of energy?

(From London) THINGS ARE DIFFERENT in the international community. It is now no longer possible to attack and invade a country, even if it is within the so-called sphere of influence of a power. That should be the first lesson that Medvedev learns from his awful failure in South Ossetia. Far from being supported by its allies and managing to intimidate its competitors, Russia’s international position has been completely called into question. “The United States has been reconsidering its relationship with Russia. Everyone, from Bush to Gates and Rice, has criticized the Kremlin”

Russia’s fundamental objective was nothing other than to reassert its international position by attacking the United States’s main ally in the region. The Kremlin, which draws a lot of its strength from symbolism, was outraged at the international recognition of Kosovo, and hence it was trying to deal a blow to those who helped bring that about.

This erroneous, warlike foreign policy has put Moscow in a very complicated situation that does not favor the political and economic stability that it needs.

A VERY SERIOUS MATTER FOR WASHINGTON

Since the crisis in South Ossetia, the United States has been reconsidering its relationship with Russia. “In the British Parliament, tough proposals against Russia have been flying, ranging from a restricted visa policy to the imposition of intelligent sanctions” The Bush Administration’s reaction has been very harsh: everyone, from President Bush to Secretary of Defense Robert Gates and Secretary of State Condoleeza Rice, has strongly criticized the Kremlin’s behavior. However, the Secretary of State has been the most severe, by warning Moscow that this is not 1968, and the invasion of Czechoslovakia. It is a very biting statement, since on one hand she is pointing out that during the Cold War, Washington had its hands tied up in a good part of Europe, and on the other hand, she is reaffirming that Georgia is one of the principal allies of the United States in the region.

The matter is so serious for Washington that the possibility of sanctions have been thrown around. These could include Russia’s expulsion from the G-8 or the suspension of an agreement concerning the civil use of nuclear energy by which Moscow rakes in millions. Besides, the two presidential candidates have taken very critical stances in regard to Medvedev’s imperialist ventures. “France has made some devastating statements, stating that Russia has violated international law”

However, we cannot reduce the confrontation to a dispute between Russia and the United States. Other countries, like the United Kingdom, whose relationship with Moscow has deteriorated since the assassination of Litvinenko [1], have also been very harsh towards Russia. The Secretary of the Foreign Office, David Miliband [2], visited the Ukraine and reaffirmed that Georgia’s integration into NATO remains on the table, in a clear demonstration of support for the Caucasian country’s candidacy.

In the British Parliament, tough proposals against Russia have been flying, ranging from a restricted visa policy to the imposition of intelligent sanctions. Even the conservative leader David Cameron [3], the probable prime minister according to surveys, stated that the wealthy Moscow elite must be barred from enjoying their luxury shopping weekends in London. The Balkan and Central and Eastern European countries are following the same line of thought, and above all Poland, which has recently signed an agreement allowing for the establishment of an anti-missile defense shield on Polish soil.

“Some states admit –albeit in a veiled manner– their mistake of not having invited Georgia and the Ukraine to join the Alliance during the past Summit in Bucharest” The situation is not much better in the EU. An extraordinary summit has been called, and countries that have traditionally had a closer relationship with Russia have adopted a much more critical position. France has made some devastating statements, stating that Russia has violated international law. Germany and Italy appear to be the countries most in sync with Moscow, but despite Angela Merkel’s mediation attempts with Medvedev, with whom she met in Sochi during a total crisis, her position is not the same as last April, when she voted for Georgia’s admission to NATO.

If we focus on NATO, its relationship with Russia is even worse. In fact, it has not been in such a bad situation since 1995, when the Alliance published its famous enlargement report. “Russia has a great opportunity to blackmail, since it is the principal supplier of gas to Eastern Europe and Germany” The North Atlantic Council’s declaration of condemnation has been very harsh, and the Secretary General himself has accused Russia of violating various UN Security Council resolutions.

It looks like some states, admit –albeit in a veiled manner– their mistake of not having invited Georgia and the Ukraine to join the Alliance during the past Summit in Bucharest. As a means of compensation, a NATO-Georgia Commission, similar to the one that already exists with the Ukraine, will be created. Regarding Georgia’s future in the Alliance, some members have an even stronger desire to admit it, but Moscow is not going to make it easy. The Medvedev-Putin duo has threatened the West with selling the modern S-300 air defense system to Iran, which would hamper an aerial attack on Iran in the case that Teheran creates a nuclear weapon.

Another controversial topic is energy, which gives Russia a great opportunity to blackmail, since it is the principal supplier of gas to Eastern Europe and Germany. “Moscow has not obtained the amount of backing that it was hoping for from China and the rest of the members of the (SCO)” Moscow can retaliate against those countries that have been the most critical of its behavior in Georgia by raising prices or directly cutting of its gas supply. Another tool that Russia has in its hands is Caucasia’s network of pipelines. One of the motivations for the invasion of Georgia was the destabilization of the region in order to have the alternative gas routes to the Baku-Tbilisi-Ceyhan [4] (BTC), Baku-Supsa [5] and Baku-Erezum pipelines be used. For this, Gazprom, a firm that Medvedev is a part of, has bought the pipeline that unites Armenia and Iran, which would allow it to create more alternative routes to the Georgian ones.

However, we cannot forget that 80 percent of Russia’s economy depends on the sale of hydrocarbons, and a worsening of its relationship with its clients would bring with it a drop in profit. In contrast, Moscow has not obtained the amount of backing that it was hoping for from China and the rest of the members of the Shanghai Cooperation Organization (SCO [6]). The organization has issued a very cautious statement, avoiding any language that could be construed as being in favor of secessionist movements. Yet this was expected, since it is in its foundational charter and China itself has problems in Tibet and Xinjiang.

In short, the South Ossetia crisis has constituted a tough international setback for Russia and the Slavophile and pro-Oriental positions that the new president Medvedev and his primer minister appear to be defending.