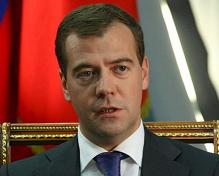 Russia attempts to come back to life by playing with the strength of its two geo-strategical instruments: oil and natural gas.

(From Madrid) RUSSIA’S BLACK EYES, подбитые глаз, caught a glimpse of their dark light in the month of August. The giant stepped out of the shadows of its Katiusas to defend its damaged pride. In view of the latest events and Georgia’s attack on the pro-independent region of South Ossetia, the violent Russian reaction was expected. A cornered Russia, surrounded by NATO, laying low for more than a decade… it was a frustrated Russia, on its knees, and it gave very few warning signs of its recent rebirth.

It had the chance to recover, and it took it, thanks to a strategy employed since 2000. But its last move, to defend the identity of what it considers to be its ancestral homeland, brought it out once more into the bright lights of the great global geopolitical stage.

After Kosovo’s independence, the dramatic events in Europe shifted more towards the east, to the Black Sea basin. Ossetia, Abkhazia, Adzaria, Nagorno-Karabakh and Transnistria are strong geopolitical knots that need to be untied, serious regions in conflict for which a solution needs to be found.

But the prospect of security in the region is determined by several factors:

“The traditional duty of restricting Russia’s role in the southern border is fulfilled by the Western line that includes the Baltic Sea/Black Sea/Caspian Sea axis” 1) the nature of the strategic dialog between Russia and the United States, together with the European Union and the interests of China, Turkey and Iran;

2) the internal political situation of the aforementioned regions;

4) the ability of the local regimes to generate domestic and foreign conflicts on their own.

However, the key topic around which competition in the region revolves is control of the “From its position, Russia has the ability to evaluate the West’s geopolitical aims when it comes to influencing economic relationships” Caspian Sea’s energy potential, and the transport of energy in the Black Sea region, which, by extension, forms a part of the Balkan region and the future project of a global Balkans stretching from Suez to Xinjang. In this case, the traditional duty of restricting Russia’s role in the frontier regions of the south is fulfilled by the Western line that includes the Baltic Sea/Black Sea/Caspian Sea axis.

But what is even more important is that the Euro-Atlantic world is fulfilling the role of constriction, in an open fight with the Eurasian world. Its principal objective up until now was to lay down the largest pipeline, the Baku-Tbilisi-Ceyhan, which cuts through Transcaucasia, bypassing Russia and transporting black gold to its world. Although Caspian oil represents only 3 to 4 percent of the global reserves, and its natural gas some 4-6 percent, European and American investors committed themselves to the exploitation and the creation of infrastructure for these Caspian reserves, especially through the aforementioned line, which has a daily volume of a million barrels. “Russia’s foreign policy regarding its former territory gives us some clear answers”

The network is most important for the enlargement of the Nabucco pipeline, whose path, which is still negotiable, will be better known in 2010, when construction on it begins.

What is happening then? From its position, Russia has the ability to evaluate the West’s geopolitical aims when it comes to influencing economic relationships. And it is pursuing, more and more forcefully, the defense of the economic egoism of its neighbors, the consumers of its energy resources. This contravenes the principles of a market economy.

MOSCOW WILL NOT GIVE IN

In the future, Russia will not give in to those who wish to dictate the rules of the game, and it is about to take a series of economic measures that will assure it political sovereignty. “There is no Russian diaspora, that can defend its country, as a foreign policy partner” Let’s just hope that it does this within the confines of international law.

In a nutshell, Russia’s foreign policy regarding its former territory gives us some clear answers. The conflict that has been unleashed in the separatist region of South Ossetia is far from being over, and this idea will spread and increase if Russia is capable of responding to the Western theories on the control of Russia.

Who is defending Russia? Is there room for its defense in this vast global board where the game of interests turns into a puzzle of dark knights?

ADMIRATION FOR THE SLAVIC WORLD ON DISPLAY

There is no Russian diaspora, no Russian world scattered throughout the globe that can defend its country, as a foreign policy partner. “We are nostalgic for Russia in Europe, which has its heart broken into its old piece and its new piece: the Eastern one. We are hoping for a positive attitude from the EU, one that can help build bridges” Its strength has remained there, within its ancestral homeland. Those of us who defend it with words and opinions participate very little in the consolidation of Russian space and culture. We are nostalgic for our Russia, which we created with our own imagination, the symbolic Russia created by studying its language, reading Tolstoy and Dostoevsky, listening to Stravinsky and Tchaikovsky, while of course paying attention to all that emerged from the area after the events that made the former USSR break up in August of 1991, already 17 years ago.

With our admiration of the magical Slavic world and the great Russian culture, we can only manage to contribute a little bit to the protection of the cultural capital in an immense territory that is currently fragmented, but trying to come back to life by playing with the strength of its two geo-strategical instruments: oil and natural gas. There are problems that have not been fixed and the giant is being born again and defending its ideals. It is lacking the democratic praxis that will be developed through a long maturation and Western support.

We are nostalgic for Russia in Europe, which has its heart broken into its old piece and its new piece: the Eastern one. We are hoping for a positive attitude from the EU, one that can help build bridges. And let’s also hope that its well known silence in regards to the zones in latent conflict in Eastern Europe gives way to action, for the good of the people in the area, who are now condemned to survive as refugees. We must transform the conflict into cooperation, and thus contribute to the wellbeing of the population and the construction of the architecture of 21st century Europe.