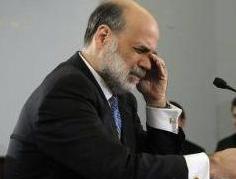 Latin America must reexamine the regulation, speculative practices, extreme inequity, role of public policy, and many other very important underlying affairs of the tragic collapse of Wall Street. The region should immediately leave behind narrow economic policies, and get an idea of what basic components of social capital, like trust and ethics, weigh heavily on the economy. The time is now.

(From New York) THE PLAN THAT The New York Times calls the biggest rescue operation in modern times, which, as it points out, could redefine the American government’s role in the market for years is already in motion.

“The need to act immediately outweighed all ideological consideration”According to the general outline of the plan, the United States would buy up 700 billion dollars of toxic bank assets, basically paid for by the taxpayers. This comes after the collapse of two of the five most important investment banks in the United States, Bear Stearn and Lehman Brothers, the sale of another, Merrill Lynch, the multimillion dollar rescue of the biggest mortgage firms, Fannie Mae and Freddy Mac, the government’s purchase of 80 percent of the shares of the largest insurance company, American International Group (AIG), the severe difficulties that the two remaining investment leaders, Goldman Sachs, and Morgan Stanley, are encountering, and the precarious situation of the largest saving and home loan bank: Washington Mutual.

Many of these organizations had a lot of assets left in their balances, but they lost a central element of society’s social capital: trust.

As Ben Bernanke, “It looks like it’s time to reconsider the main ingredients in the infallible economic recipes that predominated in Latin America during the eighties and nineties” Chairman of the Federal Reserve, highlighted, the need to act immediately outweighed all ideological consideration.  Six hundred thousand people have lost their jobs in the United States this year so far, and the impact is also being felt in the European, and now Asian, economies.

Latin America should learn some lessons from these tumultuous, history-shaping events.

It looks like it’s time to reconsider the main ingredients in the infallible economic recipes that predominated in the region during the eighties and nineties and have resulted in an increase in the number of poor (from 137 to 200 million), the number of marginalized youth (25 percent), and inequality levels (today they are the worst out of all of the continents’).

The crisis is of course extremely complex, but among the things most frequently highlighted today by the most acute observers, these points have implications for Latin America:

“In the United Kingdom, the Financial Services Authority prohibited the creation of net short positions in any UK financial sector company” 1. There was a very important gap in regulation. A New York Times editorial posits: this crisis is the result of a willful and systematic failure by the government to regulate and monitor the activities of bankers, lenders, hedge funds, insurers, and other market players. All were playing high-stakes poker with the financial system, but without adequate transparency, oversight or supervision. The French Prime Minister, François Fillon, in calling upon Washington to act, said: we will not agree to pay for damage brought on by a lack of regulation.

2. Speculative factors precipitated the fall of some of the major institutions. Thomas DiNapoli, the Comptroller of the state of New York (the man in charge of controlling public finances), said the following about the operations of short sellers (traders who borrow shares, sell them-thus devaluing their prices-buy them back at lower prices, and return them to whomever they were lent, pocketing the difference in the process): This speculative selling has put downward pressure on the entire stock market and threatens to drive our national economy deeper into decline.

The U.S. Securities and Exchange Commission (SEC) prohibited the short selling of 800 shares, and it is making it mandatory for these sales to be made transparent. Its chairman, Christopher Cox, emphasized that these methods were necessary in order to ensure that hidden manipulation, illegal naked short selling, or illegitimate trading tactics do not drive market behavior and undermine confidence.

In the United Kingdom, along the same lines, the Financial Services Authority prohibited the creation of net short positions in any UK financial sector company, and made it mandatory for any net short position representing a quarter of a percent or more of the issued capital of the company to be disclosed. “The Americans have had the courage to carry out a healthy purge, nationalizing when it was necessary … This shows the limits of the ideology of financial liberalism”

3. The debate concerning CEO income has resurfaced. The journalist-and several time Pulitzer Prize winner-Nicholas Kristof reports that, three decades ago, CEOs in the U.S. earned 30 to 40 times what the ordinary worker did. In 2007, they earned 344 times as much. Kristof points out that much of this is subsidized by the taxpayers, who are contributing more than 20 billion dollars a year in order to overpay the executives. He points out that that’s enough money to deworm every child in the word, cut maternal mortality around the globe by two thirds and also provide iodized salt to prevent tens of millions of children from suffering mild retardation or worse.

Warren Buffet, the most successful investor on Wall Street, states: in judging whether corporate America is serious about reforming itself, CEO pay remains the acid test.

4. Many myths regarding the possibility of dispensing with the State were debunked. The demand for public policy has been very strong, and has overtaken all ideological discussion. One of France’s chief ministers, Jean-Pierre Juyet, wrote in Le Monde: The Americans have had the courage to carry out a healthy purge, nationalizing when it was necessary … This shows the limits of the ideology of financial liberalism, and the need for pragmatic interventions.

In Latin America “More than ever, the complex globalized world requires properly managed, transparent, and responsible public policies” this would mean a reexamination of points such as: the need for regulation, speculative practices, extreme inequity and the role of public policy and many other underlying causes of the crisis. It should also leave behind narrow economic policies, and get an idea of what basic components of social capital like trust and ethics weigh heavily on the economy.

Finally, we must bear in mind that mistakes in these fields are not mere academic questions, for it is ultimately the consumers, the smalltime shareholders, the small and medium sized businesses, the farmers, the middle class and the workers who pay, with serious risks for their years of hard effort.