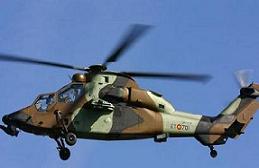 Today, Spain places eighth place in the list of countries that export weapons. With what criteria have the sales to certain countries been authorized? Are there guarantees that they will not be used for unforeseen objectives? Have they taken into account the human rights situation? The Spanish government, which is in favor of multilateralism and peaceful conflict resolution, should show a real commitment to increasing the control and transparency of its arms exportation, the author argues.

(From Madrid) IN THE YEAR 2007, SPAIN SOLD 932 million euros worth of material for defense and double use, according to information that the government has released to the Chamber of Deputies and that the Secretary of the State of Foreign Trade later explained during her annual appearance before the Defense Commission. This accounts for 10 percent more than the year before, and confirms the rising trend of the past few years. Sales doubled in 2006 and, from 2001, they have increased by a factor of four. This makes us eighth in the world in exports of this type of material.

In turn, 1.5 million euros worth of arms were sold to Israel, without any guarantee that the material will not contribute to serious human rights violations and more repression. This could also be said of Pakistan, which is going through a downward spiral in which rights and liberties are being ignored and repression is occurring, or of Morocco, where an unresolved territorial conflict is also taking place. And these are only some examples of the destinations of Spain’s weapons; others, like Egypt, El Salvador, and Indonesia, could also be mentioned.

AGREEMENTS AND TRANSPARENCY ARE BEING QUESTIONED

“The official data supplied by the government do not coincide with the figures given by the Tax Agency via its customs registries” This year, the EU Code of Conduct on Arms Exports turns a decade old. This non-binding document establishes eight criteria by which member states should not authorize the sale of weapons to certain countries, among them the existence an armed conflict; the respect of human rights in the destination country; the risk of possible deviation to third party nations; compliance with international commitments in regard to sanctions and embargoes; the amount of defense and armament spending in relation to the provision of basic social services; et cetera. Given the aforementioned destinations, it is clear that the government is not applying the code strictly, and has to state whether or not it has received guarantees that the arms whose sales it authorizes will not be used to violate these criteria.

A very worrying aspect is the extremely high quantities of munitions and weapons for hunting for sport that Spain exports every year without control, especially to Sub-Saharan Africa. We are the primary exporter to the region, in which Ghana sticks out as the preferred destination: in 2007, it received the equivalent of 3.5 million euros worth of this material, a figure similar to the years prior. “The Foreign Trade Law on Defense and Double Use Material of December 2007 establishes clear improvements in the realm of transparency and control” This is an excessive amount, and it poses the question of whether or not these weapons are crossing porous borders to arrive in neighboring countries, several of which are in situations of conflict or post-conflict. The Secretary of the State of Foreign Trade herself recognized, in her appearance, that the final destination could be Nigeria, a seriously unstable country. Besides, in 1998, the Economic Community of West African States (ECOWAS), of which Ghana is a part, declared a moratorium on the importation, exportation, production and distribution of small arms and their ammunition.

Another alarming element is the lack of transparency. The official data supplied by the government do not coincide with the figures given by the Tax Agency via its customs registries, or they appear with different costs, volumes, or amounts. And on occasion, neither of the figures given coincides with those provided by the United Nations Registry of Conventional Arms. This has been occurring for years, and the immediate question is why there is not more information being given, and in a clearer form. In other words, what do the sellers of this material have to hide?

In December of 2007, Parliament passed the Foreign Trade Law on Defense and Double Use Material. “On average, 300,000 people die every year within the context of armed conflict and another 200,000 are gunned down by violence in societies with high levels of social and criminal violence” The text, though improvable, establishes clear improvements regarding the situation of the last few years in the realm of transparency and control. For example, more information about the exported products will be given and it will be demanded of the businesses that they contribute documents and information about the transit countries and the methods of transport. It also establishes that the government, in order to authorize or deny a transfer, must keep in mind reports from the UN and other organizations of renowned prestige regarding the human rights situation, etc. And it will take actions to control the sale of guns and ammunition for hunting and sport.

The majority of these advances do not appear in the relevant information for 2007, given that this corresponds to sales made before the law took effect. The law also increases parliamentary control: from this moment on, the representative members of the Defense Commission will not only receive that data, but will be able to prepare a report with questions and recommendations for the government concerning what it must include for the following year (or justify why it does not do so).

At this moment, the representatives are debating said report, which could be an opportunity to move forward. There are some questions that would be vital to ask: With what criteria have the sales to certain countries been authorized? Do they have guarantees that they will not be used for unforeseen objectives? Have they taken into account international reports regarding the human rights situation? How is the Code of Conduct being interpreted?

In the current world, there is an arsenal of small arms greater than 600 million units, and every year, eight million more are produced. “Applying the law to the T, meaning, being strictly respectful of its tone and content, would be a good example of a commitment to peace” Also, on average, 300,000 people die every year within the context of armed conflict and another 200,000 are gunned down by violence in societies with high levels of social and criminal violence. It is clear that guns do not cause violence, but without a doubt, they aggravate its effects, increasing its lethality and making it more difficult to control. In countries that are coming out of conflict, the proliferation of guns puts the processes of reconstruction in grave danger.

The world should move towards greater regulation and control of the arms trade, for its human, social, and even economic costs, since they hinder sustainable development. There are currently negotiations in progress to achieve an International Treaty that regulates these transfers. In 2006, the UN decided to initiate the drafting of this treaty, with help from numerous governments, and in 2007 more than 100 states responded to the general Secretary General’s call for help. Currently, 28 governmental experts from five continents are debating the outline of the treaty.

Successfully drafting the treaty would constitute an important step, but still, every country must assume its own responsibility. The Spanish government, which is in favor of multilateralism and peaceful conflict resolution in the international arena, could demonstrate that this commitment is real by taking steps to increase control and transparency in weapons exports. It should make it clear that it does not place commercial interests above human rights. Applying the law to the T, meaning, being strictly respectful of its tone and content, would be a good example of a commitment to peace.