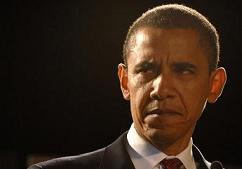 In the emerging multipolar world, strong leadership from the United States and other world powers like the EU, China, Russia, India and Brazil will be essential in order to get closer to resolutions for the conflicts in Iraq and Central Asia, and issues like terrorism, nuclear proliferation, environmental deterioration and poverty, the most persistent conflict.

(From Madrid) ANDREW CARNEGIE, the American multimillionaire of Scottish descent (like Gordon Brown), pacifist and philanthropist (like Bill Gates), wrote an influential article in 1889 titled Wealth that was published in the magazine North American Review. In it, he praised great businessmen: This talent for organization and management, he said is rare among men and it invariably secures for its possessor enormous rewards. Without the special talent required, capital soon takes wings. “Carnegie became the driving force for various foundations, one of which continues to shape global political thought to this very day”

Although Carnegie did not mention any type of toxic assets, perhaps because they had not yet begun to run rampant in those years, he did passionately defend the idea of individual management of a fortune once it is attained, so that the most competent members of society could be made its profit shareholders.

Yet at the same time he harshly criticized charity and inheritance as impoverishing elements of progress. In this way, he became the driving force for various foundations, one of which continues to shape political thought and decisions in the United States and on the global level to this very day: the Carnegie Endowment Center for International Peace.

The steel tycoon’s words transmitted a morally respectable, and somewhat Calvinist, sentiment towards wealth, which was considered to be a virtue, and remained exactly in between the vices of laziness and greed. In any case, his thought pattern contributed to the consolidation of the liberal capitalism through which the United States increased its economic growth for five decades in spite of the cyclical crises that the system did not eliminate, thanks also to its isolationist policy with respect to European conflicts. “The stock market crash of 1929 and the imminent depression proved Hoover’s proposal to be a mistake, which at the time was already labeled partisan and confused”

In the election of 1928, Republican Herbert Hoover became the last knight of that grand age of progress that, at the end of the Roaring Twenties, fell victim to its own excesses. As such, he fervently pushed for an ultra-liberal strategy that favored individual initiative and opposed public intervention in economic affairs. The stock market crash of 1929 and the imminent depression proved the proposal to be a mistake, which at the time was already labeled partisan and confused.

President Roosevelt, a Democrat, responded harshly in his inaugural speech in 1933 against the consequences of those Republican viewpoints: The money changers have fled from their lofty places in the temples of our civilization … the joy and moral stimulation of work no longer must be forgotten in the mad chase of evanescent profits… If I read the temper of our people correctly, we now realize as we have never realized before our interdependence on each other; that we can not merely take but we must give as well.

THE NEW DEAL AND THE MARSHALL PLAN

Although Rooseveltian intervention led to paternalism, “The Washington Consensus later became the neo-liberal paradigm of the international cooperation and lending that it demanded of the receiving countries: a reduction in public spending” the New Deal’s recipes restored the aimless American economy and rejuvenated the convictions of a society gnawed at by pessimism. But the protectionism announced by the president in his speech and the new isolationist policy had a catastrophic outcome in global politics: totalitarianism grew stronger in an international society that lacked democratic leadership in the 1930s.

The tragedy of World War II had to take place so that the victors could design a new framework of international relations, imperfect and unequal, but partly stable.

Maintaining the role of the State as the motor of recovery, the Marshall Plan and the patron dollar were the instruments capable of spreading the wealth that Carnegie was referring to among the countries devastated by the conflict. Yet it was not spread in a precise and charitable way among all of them, but rather among some governments preselected for their economic competitiveness and strategic importance: Western Europe, and later on, Japan.

Another Republican president, Richard Nixon, was responsible for putting an end to the three decade long growth pattern, declaring the non-convertibility of the dollar and bequeathing the energy and monetary crisis of 1973 to his successors. Although the recovery and growth model had already been theorized at the time by Milton Friedman, “Without resolution or mitigation of the existent conflicts the system halts and fails” the United States took a president’s term and a half to find a political leader like Ronald Reagan capable of developing it, propelling private initiative and tax cuts, and generating the necessary internal and allied trust.

Among other initiatives, the Washington Consensus later became the neo-liberal paradigm of the international cooperation and lending that it demanded of the receiving countries: regularized bank accounts, open borders and a reduction in public spending. According to the deceased American tycoon, they are necessary virtues in order to obtain international monetary funds.

But we again had to wait for a global political conflict to allow for the success and expansion of the approach. The end of the Cold War brought with it, in Clinton’s hands, the development of globalization, trade liberalization, the globalization of financial markets, and in short, the distribution of wealth in an interdependent and less restricted world, to which China and Russia, among other guests, were gradually incorporated.

THE RESOLUTION OF MULTILATERALISM PROBLEMS

History does not repeat itself, but its observation prevents errors and teaches lessons, such as the following: the system must find a balance with the concerted efforts of managers, regulators, economists and citizens. The recovery must be based on economic theories and actions that are correct, moral and appropriate for the market dynamic. A strong political leadership headed by a sound presidency in the United States will be essential.

In a globalized world where isolation is not possible the management of wealth goes through multilateral models regarding decision-making and distribution. The great powers (EU, China, Russia, India, Brazil) will have to assume their responsibility in the creation of a stable political framework. Without resolution or mitigation of the existent conflicts the system halts and fails. The current conflicts are: Iraq, Central Asia, terrorism, nuclear proliferation, deterioration and poverty.

Among them, poverty is the most persistent.