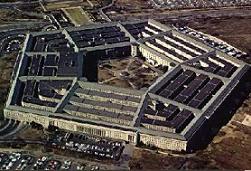 Learn what challenges the White House’s new tenant will face when trying to implement the changes in foreign policy and security matters promised during the campaign.

(From Madrid) A FEW DAYS AWAY from the election of the new president of the United States, most international analysts are focusing on the changes that can occur in American foreign policy, depending on whether Obama or McCain is elected.

However, “Both candidates are well aware that the unilateralism of Bush has been detrimental to the United States’ position in the world” scarce attention is being paid to the difficulties that the White House’s new tenant will encounter when trying to implement the changes promised during the campaign. These difficulties will primarily come from three sources: the international situation itself, whose most important variables cannot be unilaterally managed or altered by the American superpower; the structure of domestic interests, which has a decisive influence on the processes of decision making and execution in Washington’s foreign policy, govern whoever may govern; and the recession that is currently sweeping the globe, whose most visible exponent is the financial crisis.

UNILATERALISM HAS BEEN DETRIMENTAL

In fact, “Various social minorities use the lobbies in the Senate and the House of Representatives to influence foreign policy decisions” both candidates are well aware that the unilateralism of President Bush been more detrimental than beneficial to the United States’ position in the world. Only during those fleeting moments when (the still current) President Bush resorted to multilateral agreements – like what occurred with the invasion of Afghanistan after 9/11 – or in his efforts to advance the peace process in the Middle East, was American leadership recognized and supported by its own allies.

At present, the great problems that affect the political and military order of the global system cannot be resolved in an efficient and sustainable manner without the cooperation of the European Union and the Russian and Chinese Federations, not to mention regional powers like Pakistan, India, Egypt, South Africa, Mexico and Brazil.

THE LIMITATION OF THE LOBBIES

Therefore, “Without a doubt, Houston’s oil companies’ lobby will press for the United States to keep control over the Persian Gulf” the question will not be whether or not the new American president will practice multilateralism, but whether he will do it by resorting to international organizations or, on the contrary, by opting to strengthen diplomatic and military coalitions, which are variable in their composition and were specifically created to deal with the problems facing global security. The result could be substantially different, from the point of view of both international law and its political legitimacy.

No less important are the domestic limitations that every U.S president has to contend with, which emerge from the maze of interests created by both big businesses and various social minorities (blacks, Hispanics, Jews, etc.), who use the lobbies in the Senate and the House of Representatives to influence foreign policy decisions.

Without a doubt, “The financial crisis is going to force the new president to revise the foreign policy and national security agenda” Houston’s oil companies’ lobby will press for the United States to keep control over the Persian Gulf as one of its highest priorities, and it is certain that the new president will not be able to ignore it, even though the lobby will make it difficult to carry out a consistent and adequate withdrawal of troops.

With that said, regarding the situation in Iraq, what has been debated in the campaign and what the candidates have deliberately omitted becomes so telling. The electoral speeches have focused on the withdrawal of troops and the timetable for said process, but neither of the candidates has defined the scope of the political commitment that the United States will maintain with the authorities in Baghdad once the troops have been withdrawn.

Similarly, “The new Administration will have to cut back on its military expenses, including the 200 billion dollars being used in Iraq and Afghanistan” the following issues could be rethought: the renegotiation of the North American Free Trade Agreement (NAFTA), which Mexico has been insistently demanding for the past few years, the legalization of Hispanic immigrants and Washington’s policy with Latin America, systematically ignored during the last two Republican terms in office.

Finally, the unleashing of the financial and economic crisis is already forcing the American Administration to work together with the leaders of the principal economies of the world to create a recovery strategy for the medium term and redefine the standards and the operation of the international monetary institutions.

Moving “Resorting to the unlimited issuance of dollars is a thing of the past” beyond the strictly economic ambit, the financial crisis is going to force the new president to revise the foreign policy and national security agenda inherited from his predecessor. It is unrealistic to think that the American budget will be able to continue bearing the weight of the 965 billion dollars that have been budgeted for defense spending in 2008, when it will also have to take on the 700 billion dollar burden of acquiring the assets of the country’s financial institutions.

Without a doubt, the new Administration will have to cut back on its military expenses, including the 200 billion dollars being used for the interventions in Iraq and Afghanistan, if it does not wish to enter into a situation of technical bankruptcy, given that in an era during which the Euro is challenging the dollar’s hegemonic position as the means of payment and reserve in the global economy, resorting to the unlimited issuance of dollars is a thing of the past.