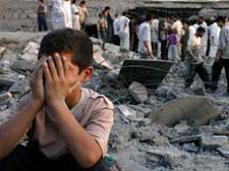 The twenty first century has brought with it an outlook very different from the one of happy optimism present in the 1990s; we are looking at a new phase of power redistribution, in which there are already points of possible conflict among the hegemonic powers.

(From Barcelona) AS EVERYONE KNOWS, THE TWENTIETH century was a period of great contrasts. On one hand, it was the century of the spread of democracy and welfare states, the formation of the European Union, great scientific and technological progress, the beginning of the emancipation of women and some minorities, etcetera. On the other hand, it was the century of totalitarian systems – Nazism, fascism and communism – and of two atrocious World Wars, aside from being a period that saw the emergence of new diseases, a significant degradation of the environment, large-scale internationalization of organized crime, etcetera.

“Some authors even dared to claim that with the triumph of capitalism and liberal democracies, history had come to an end” The collapse of the socialist states in Eastern Europe during the end of the twentieth century caused the Western countries to hold an optimistic view of the future of international relations. After the Cold War era, it was generally thought that the establishment of peaceful relations was not only appropriate, but also very probable.

The 90s seemed to confirm this situation. In a period of several years, we went from bloc politics to a world with a hegemonic American superpower, in which the old communist states, including a weakened Russia, were beginning to make transitions towards liberal-democratic political systems and market economies. China continued to be communist, but it had also had begun its transition towards capitalism; besides, it was a backward country.

Just like the enlightened thinkers of the eighteenth century (Montesquieu, Condorcet) had believed, it was understood that, on one hand, development would bring democracy with it; on the other hand, that the economic overlap between states would lead to more consensual international relations. The economy would pacify politics. It was said that different countries would keep adopting the Western model. Some authors even dared to claim that with the triumph of capitalism and liberal democracies, history had come to an end.

EVERYTHING, EXCEPT FOR THE END OF HISTORY

Stages perceived as being optimistic are prone to economism. However, everyone knows that conflicts between powers are not always based on economic motives. Indeed, factors related to security, prestige and hegemony matter as well when it comes to power. We’ve known this since the Neolithic Age. Thucydides, Hobbes and Hegel unequivocally stated this while analyzing wars between states, although in different ways. Progress is almost never linear. Both geo-strategy and status matter, but many optimists tend to forget this. A pretty large number of homo sapiens are pretty stupid regarding this matter.

“The final image is one of a world with an American superpower – which can no longer act like a world leader – together with a group of regional powers in possession of their own values” The twenty first century has brought an outlook different from the one imagined by the optimists. In fact, we are entering a new stage of international relations, a new phase of power redistribution. Russia, led by Putin, seems to have decided to regain part of its former international hegemony, becoming an important regional power through an internal regression, renewed state nationalism and a recentralization of decision-making processes.

China has been consolidating some unprecedented economic growth and efficient technological development, which is granting it a growing role in Eastern and Central Asia. Moreover, its influence is rapidly spreading throughout Africa. The European Union has consolidated some of its aspirations (internal peace, economic integration), but it has not resolved it’s lack of consistency and energy as a global player.

A group of emerging powers (Brazil, India, etc.) has also appeared. Hardly any attention was paid to them a few years ago, but they are now looking to find their own place in the global stage, and develop their own strategies. The final image is one of a world with an American superpower – which, however, can no longer act like a world leader, as it sometimes tries to do – together with a group of regional powers in possession of their own values, objectives, strategies and identities. Basically, they are Russia, China, the European Union, India, the Middle East, Indonesia and Brazil, and they are the largest pieces of a complicated puzzle of – sometimes conflicting, and other times cooperative – interrelations, incapable of being reduced to any daydream about the end of history.

“The reinforcement of international institutions and processes must take its cues from how the world is, and not how we would like it to be” This change in outlook modifies expectations. The politics of the United States and the European Union cannot be the same, for example, if Russia wants or doesn’t want to be integrated into Western structures. Russia continues to be an important military and energy power. If its priorities, as appears to be the case, are to establish itself as a regional power – at the very least in Transcaucasia and Central Asia – then extending NATO’s borders all the way to Russia cannot be interpreted as anything other than an act of aggression against the status quo (read, Georgia). The EU is risking basic things here.

There are already clear points of possible conflicts among the hegemonic powers in existence: Taiwan (China vs USA/Japan); Transcaucasia/the Ukraine/the Balkans (EU/USA vs Russia); Pakistan and Myanmar (India vs China); the Middle East; Iran, etc. Often, Western powers tend to turn up in conflicts as both one of the disputing parties and the judge. This is not a very advisable attitude to take, especially since the judge simply grants himself his own power, in the face of countries that cannot recognize said judge because of their own mere dignity, and that also control energy sources, sate-of-the-art technology and nuclear weapons.

The reinforcement of international institutions and processes (on the horizon for 2020) must take its cues from how the world is, and not how we would like it to be.