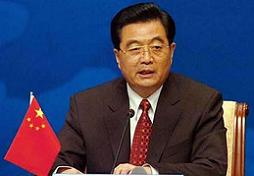 Asia-Pacific is the region in which the United States’ ability to face up to its greatest geopolitical challenge will be made clear; it is there where the desire to strengthen a multipolar order expected to weaken the hegemonic American condition can be most intensely felt.

(From Beijing) WHAT ARE THE IMPLICATIONS of Barack Obama’s victory in Asia? The whole world continues to hold expectations for change in the United States, but in Asia this expectation takes on a particular form.

In the first place, the political enthusiasm currently in Washington could have a direct effect on Japan, where interminable political instability could, in a few months, result in some anticipated elections in which the Liberal Democratic Party (LDP), in power since the Second World War, could see itself ousted by the change promised by the Democratic Party of Japan (DPJ), which currently enjoys a majority in the Upper House.

If this takes place, “Washington, like Beijing, is interested in consolidating the progress made in the Korean Peninsula, although every day the uncertainty grows greater in relation to how much happens in Pyongyang” the change in power would downplay the importance of Japan’s alliance with the United States, given that the DPJ, without being anti-American, is in favor of greater autonomy from Washington and the normalization of relations with China and South Korea. In short, more of Asia and less of the West. In contrast, India, which recently joined the United States’ club of strategic allies – albeit with problems – will observe the stance of Obama’s cabinet with twice as much attention, with the objective of gauging the transformation of an option that some still label prudential and preventive in terms of its strategic order policy focused on China’s emergency, and its consequences.

Korea, like Australia, has made its confidence in Obama known, and offered to cooperate with the new president. Washington, like Beijing, is interested in consolidating the progress made in the Korean Peninsula, although every day the uncertainty grows greater in relation to how much happens in Pyongyang. In turn, Taro Aso, the head of the government in Tokyo, can find in this a raison d’être to strengthen his leadership within the heart of the the LDP, and to resist and overcome the decline of said training after the disastrous administration of Shinzo Abe, and then Tasuo Fukuda. The DPJ is hot on his heels. Aso spoke with Obama to confirm the importance of a bilateral alliance, which he would not like to see cool off.

CHINA IS THE KEY

But the key still lies in China. “The combination of Obama’s victory, the global crisis and the processes currently going on in Asia leaves the door open to an acceleration of the region’s internal transformation” Despite the democratizing language developed after the XVII National Congress of the Communist Party (CCP) held this past October, a great wall is preventing the Chinese from being able to dream of feeling like participants in a political campaign like the one in the United States. In the short run, we can’t quite grasp that a change of said characteristics could replace the current slump and be included in the CCP’s political agenda.

Another thing is that its leaders are in favor of the continuity and progression of bilateral relations, even strengthening their willingness to cooperate with Washington through strategic sectoral dialog, fully aware of their mutual interdependence in the economic sphere.

The combination of Obama’s victory, the global crisis and the processes currently going on in Asia leaves the door open to an acceleration of the region’s internal transformation. “The handshake between Chen Yunlin, the continent’s top negotiator, and Ma Ying-jeou, chairman-elect of the Republic of China, dramatized the advancement of the bilateral understanding between both sides of the Strait” On one hand, the magnitude of the economic and financial crisis is going to force Obama to pay a lot of attention to those internal affairs and to facilitate an understanding between other players, allies as well as rivals, who will look for ways to gain influence in international affairs. On the other hand, as an indicator of said transformation, during Chen Yunlin’s (the person in charge of Taiwan’s affairs in Beijing) recent visit to Taipai, it was agreed that a meeting of experts would be held to coordinate the management of the huge currency reserves of China, Taiwan and Hong Kong. The Great China is born with an initial capital of around two and a half trillion dollars.

Indeed, one of the most important touchstones of this new situation is Taiwan. Here, as in the Korean peninsula, the U.S. would have, and does have, much to say, but China is already displaying a difficult-to-conceal influence. If Beijing succeeds in healing Taiwan’s wound, with whom it has formally been at war since 1949, it would also be possible to imagine it overcoming the differences that separate it from Japan or India, complicated pieces that are key to the regional puzzle in order to dilute the influence of the United States in the area. The handshake a few days ago between Chen Yunlin, the continent’s top negotiator, and Ma Ying-jeou, chairman-elect of the Republic of China, dramatized the advancement of the bilateral understanding between both sides of the Strait, with the full backing of a business collective that has its eyes on the business opportunities that the mainland offers. Those relationships, despite the show of force by an opposition that refuses to just stand there with their arms crossed, are quickly moving towards a structural change that could be facilitated by the inability of the United States to pay attention to so many rapidly moving fronts at the same time.

THE DESIRE FOR A MULTIPOLAR ORDER

If China is able to withdraw the missiles that are today aimed at Taiwan, sign the peace agreement and find a common language with Taipei in terms of its international influence, not only will the chances of resolving the problems related to sovereignty – for the moment not on the agenda – undoubtedly increase, but by modulating the United States’ ability to influence in the region to its own convenience, it will have taken a giant step towards articulating an ambitious regional project not only in the economic and security fields, but through providing an alternative to modernity and the Western model.
With things being as they are, Obama, objectively, must understand and pay attention to the processes currently going on in Asia-Pacific, the place where the United States’ ability to to face its greatest geopolitical challenge is really going to be made clear, and where the desire to strengthen a multipolar order expected to weaken the hegemonic American condition can be most intensely felt.