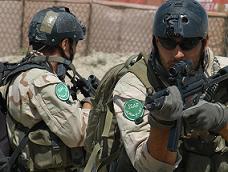 It is worth asking ourselves whether the international presence in Afghanistan would be more effective with a more political formula, backed up by military actions, in the same vein as the one applied in Chad in 2004. Perhaps this is the model to support: assistance from the rear, leaving the leadership of the most arduous combat tasks to the country’s regular troops.

THE SITUATION IN AFGHANISTAN highlights the imbalances between the distinct military operations under way in the country since Operation Enduring Freedom was established and the Taliban regime was overthrown in 2001, and – later on – NATO’s International Security Assistance Force (ISAF) and reconstruction-themed operations like the Provincial Reconstruction Teams [1] (PRT) were developed.

There are profound differences among them, since both Enduring Freedom and the operations launched by the Anglo-American coalition forces are exclusively combat-oriented, and sometimes, in view of their needs, they display NATO elements.

However, NATO’s ISAF and PRT, which are led by a specific country in each providence (Spain is participating in Herat-Badghis and Qala i Now), are clearly defined by some values: support for reconstruction, cooperation for development and humanitarian aid, training and assistance to the Afghan forces and provision of infrastructure for development. All of them are compatible with NATO’s fundamental objective of securing the region.

GROWING TERRORISM AND DISTRUST AMONG THE POPULATION

If we focus on the deterioration of the situation, as a consequence of the extension of the Anglo-American coalition’s anti-insurgency operations –and of those in which Spain is not participating– we run the risk of interpreting the situation to be that our country is immersed in a battle that we should get out of, “The data show that there has been an increase in terrorism since the initiation of the Anglo-American coalition’s combat operations” when our troops are not participating in combat operations but rather in those focused on security, reconstruction, and support of the rule of law.

Regarding Afghanistan, the true dilemma on the horizon for the international community is whether it must continue to support combat operations with the reconstruction and training of the Afghan forces taking place simultaneously, the purpose of which is to progressively hand the anti-insurgency fight over to the Afghans, as is desired. The question is whether these two different concepts of operations can coexist or if, on the contrary, we can discern contradictory data that make it impossible for them to exist simultaneously.

The data show that there has been an increase in terrorism since the initiation of the Anglo-American coalition’s combat operations. “The battle for Afghanistan’s favorable opinion towards an international presence in the country is also being lost” There were no suicide attacks from 2001 to 2003, three in 2004, seventeen in 2005, and in 2006 the figure shot to 124, resulting in 4,400 victims. What does this peak coincide with? With the spread of said operations to the southeast (Operation Medusa in Kandahar during the summer of 2006, and to Helmand in March 2007 with Operation Achilles). We must add to this that in 2007 there were 137 suicide attacks resulting in 6,000 casualties (of which 210 were coalition soldiers and 700 Afghans). In June alone of this year, 90 civilians died in ten days from collateral damage. Up to this point, there have already been 4,300 civilian victims in 2008.

These kinds of operations have made humanitarian aid inaccessible to half of the country’s districts, and they are increasingly being rejected by the local population, and are more and more causing the people to identify the ISAF with belligerent actions. With this, the battle for Afghanistan’s favorable opinion towards an international presence in the country is also being lost.

GETTING THERE BY MEANS OF A MORE POLITICAL MODEL

In light of such results the international community should redefine its model of intervention in Afghanistan: “Supporting a more political model to penetrate the southeast is not a trivial point, since in light of the results of the disarmament program, it looks like it could work” Is it really worth it to continue with combat actions while – paradoxically – they make it impossible to access humanitarian aid and for reconstruction to move forward? Neither NATO nor the rest of its partners should remain trapped in this crisis any longer, and a new international pact for Afghanistan should be demanded (taking advantage of the change of administration in the White House).

But what we should ask ourselves once again is how to penetrate the south, and whether it is possible to do so through more political rather than military means: increasing the Afghan police force’s salary, providing them with skills and resources so that they can start taking responsibility for the most difficult fighting, an agreement with the governors to offer alternatives to the cultivation of opium, or at least bring the cultivation under government control, strengthening the rule of law, decentralization in exchange for the integration of their troops into the regular forces, strong instruments with which to fight corruption, and so on.

Supporting a more political model to penetrate the southeast is not a trivial point, since in light of the results of the disarmament program, it looks like it could work: in 2006, nearly 1000 of the 1,200 armed groups in the country were placed in the UN’s disarmament program, and 63,380 combatants were disarmed, while 62,944 were demobilized. In turn, 55,804 were already going through the integration process, and as of October 26 of this year 80,884 weapons have been surrendered.

It is worth asking ourselves if, “Our stay in Afghanistan is very useful for the anti-terrorist fight, and a commitment to stabilize a country that our stability depends upon in a large part” through a more political model –yet one still backed up by necessary military action– it would be possible to extrapolate the precedent for collaboration and assistance set by the U.S. in Chad. In 2004, an operation led by Chadian forces, with support from American troops in the realms of tactical and operative intelligence, as well as the media, eliminated 42 terrorists. This was followed by successful operations to capture the enemy.

Perhaps this is the model to support: assistance from the rear, leaving the leadership of the most arduous combat tasks to the country’s regular troops. With a Chadian style model, the international presence would neither wear itself out so much, nor be such a direct target. But in order to redefine the model of operations, a global pact among all of the involved players, driven by strong leadership, is needed.

Our stay in Afghanistan is, aside from being very useful for information in the anti-terrorist fight (more so if one takes into account the Spain-Afghanistan axis for jihadist recruitment), a commitment to stabilize a country that our stability – that of the West – depends upon in a large part. And it is above all to identify ourselves with noble causes that, within a framework of international legality, bring an added value of expertise in peacekeeping missions to our armed forces. We can’t abandon the Afghans or leave them to the mercy of chaos because, among other things, the result could be worse than what happened after the Soviet withdrawal and the terrorist attacks in the West.