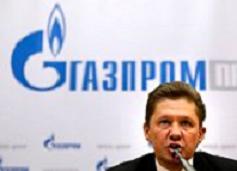 Learn about the effective short, medium and long term solutions that would allow the EU to avoid having to deal with a lack of gas during future winters. For the time being, the problem between Russia and the Ukraine is far from having been definitively and satisfactorily resolved.

(From Madrid) DURING THE LAST FEW WEEKS, the media has been covering the Russian government’s decision to temporarily suspend Gazprom [1]‘s gas supply to European countries as long as its differences with the Ukranian government and Naftogaz [2] regarding prices, the quantity of gas actually consumed by the Ukraine and its pending debt –three elements that are obviously related to each other– remain unresolved.

“The presence of the European supervisors has dispelled any doubts regarding Russia’s desire to fulfill its commitments and the Ukrainian government’s lack of ability to guarantee the transportation of the gas”This Russian decision has a precedent: the Kremlin’s suspension of the pumping of gas for two days at the end of 2006, also due to differences with the Ukrainian government.

European, and especially Spanish, media has devoted an extensive amount of its news coverage to the event, highlighting the political nature of the Russian decision and exaggerating the effects of the energy shortage that the decision entails, both for countries within and outside of the EU.

This campaign, which is more propagandistic than it is informative, was maintained until the EU deployed a group of experts to supervise in the carrying out of the responsibility that Russia and the Ukraine have to supply energy to the rest of Europe.

The presence of the European supervisors has dispelled any doubts regarding Russia’s desire to fulfill its commitments and the Ukrainian government’s parallel lack of ability or desire to guarantee the transportation of the gas through its territory. “The lack of supply from the Russians has not caused a grave shortage because the EU must maintain strategic reserves”

It is surprising (and ironic) that this change in the situation has had as an immediate consequence a shortage of news regarding the matter, in spite of the fact that the problem is far from having been resolved definitively and satisfactorily. For this reason, it is appropriate to highlight some important facts in order to understand the problem in detail and look for effective short, medium and long term solutions that would allow the EU to avoid having to deal with similar difficulties during future winters.

In the first place, the lack of supply from the Russians has still not caused a grave shortage, quite simply because EU countries are obliged to maintain strategic reserves of their main energy resources (oil, gas, et cetera) capable of lasting 100 days. As such, only those EU countries that are not in compliance with the community’s regulations have been facing serious difficulties.

Secondly, the EU’s level of dependence on Russian gas imports is limited and notably unequal in the heart of the organization. According to the data collected by the European Commission in its EU Energy Security and Solidarity Action Plan, “To a large degree, the current gas conflict and the previous experiment in 2006 have been brought about by Russia’s own energy policy” the importation of gas coming from Russia amounted to 42 percent of the European 27’s total gas importation in 2006.

Nonetheless, while eleven countries either import no gas at all from Russia or less than 5 percent of its total supply, another 16 countries import significant amounts, with Italy importing a low but important 30 percent and Bulgaria, Estonia, Latvia, Lithuania, Slovakia and Finland importing 100 percent of their gas supply from the Kremlin. In between the two extremes lie Romania (94%), Greece (91%), Hungary (80%), Poland (68%), Slovenia (58%) and Germany (44%). These differences cause each country in the EU to view the consequences of the Russian decision in a very distinct way, and hence make the adoption of a common position difficult.

Besides, out of the four large gas pipelines that supply the European countries with Russian gas, three of them, Northern Lights, Yamal Europe and Blue Stream-which in 2004 transported 30 percent of Russia’s total gas to Europe-do not traverse Ukrainian soil.

To a large degree, “Kiev has not taken into consideration the energy and economic damage that its lack of understanding with Russia is causing the EU” the current gas conflict and the previous experiment in 2006 have been brought about by Russia’s own energy policy, by originally applying political conditions and prices different from those of the international market to those exports directed at the new independent republics formed in the wake of the Soviet Union’s demise.

This corresponded to the Yeltsin government’s desire to maintain privileged political and economic influence with the countries within its area of strategic security. However, as an immediate and long-lasting effect, for more than a decade the new independent countries had a strong incentive to neither adjust their energy consumption nor diversify their supply sources, all within the global context of an increase in the international price of crude oil and natural gas.

It is not strange that, taking into account the new geostrategical conditions-with some of those independent republics having been incorporated into the EU and others, like the Ukraine and Georgia, openly showing themselves to be against Moscow-President Putin would introduce a new energy policy designed to progressively apply the prices and supply conditions of the international market.

ECONOMIC DAMAGE TO EVERYONE

As can be seen in the current conflict, the authorities in Kiev have not taken into consideration the energy and economic damage that their lack of understanding with Russia is causing the members of an EU whose political support was decisive in the December 2004 electoral success of the Orange Coalition parties, with President Yuschenko [3] and current Prime Minister Yulia Tymoshenko [4] out in front.

“In the short term, Brussels should open up a multilateral negotiation process that allows for a joint supply agreement for the next decade to be reached” It is obvious-and the leaders of the Kremlin have admitted this much-that the gas conflict is economically hurting all involved parties, aside from eroding the image of Russia in the eyes of the European public. Under these circumstances, Moscow has provided proof that it desires a rapid solution to the conflict that, at the same time, is also compatible with its economic interests.

In turn, the EU is looking for short and medium term solutions to its serious energy dependence problem: its dependence on both Moscow and those non-EU members through which the oil and gas pipelines that supply them with energy pass. In the short term, Brussels should open up a multilateral negotiation process, with the participation of governments and firms, that allows for a joint supply agreement for the next decade to be reached and put into effect. This period refers to the necessary time needed to complete the pipelines currently under construction, which will facilitate the diversification of the oil and gas supply sources, and their distribution to EU members.

In the medium term, the EU will have to adopt a group of measures drawn up in the Plan of Action, whose objectives for the year 2020 are: a 20 percent reduction in the emission of greenhouse gases, reaching the goal of 20 percent of total energy consumption coming from renewable sources and cutting back on energy consumption itself by 20 percent. These are some ambitious objectives that can only be achieved with a structural change to the European energy market. However, if they are reached, they will have caused a definitive break with the current dependence on Russia.

This should make the Kremlin’s authorities reflect on the need to design a new strategy of energy exportation to the EU, apart from the discrepancies with Kiev that will inevitably arise in the upcoming years.

In turn, the Ukraine’s current leaders should understand that the political and commercial tactics that they are employing in their conflict with Russia, far from bringing them closer to the EU, are actually ruining their already weak opportunity to join the organization and NATO.