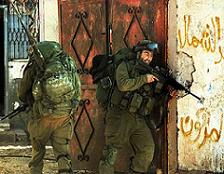 Will the Palestinian-Israeli conflict continue to exist as a low intensity conflict with sporadic, very violent outbursts like the current Israeli military intervention in Gaza? The answer is no.

(From Jerusalem) JERUSALEM, THE CITY IN WHICH the Israeli government’s headquarters can be found, is also one of the decisive elements in the conflict between Israel and Palestine. But it is in this city – and to a lesser degree, in Tel Aviv, Israel’s great urban and economic center – where the decisions were made regarding the Israeli operation.

It is in Gaza where the confrontation between both parties has taken place since December 27, 2008, but in fact, since much earlier – since even before the Israeli withdrawal from the region in August of 2005. The Gaza Strip under Hamas [1]‘ control has turned into a center of misery, tension and violence, where the essence of the irresolution of the Palestinian problem is concentrated.

The Gaza Strip is a narrow, poor, overpopulated territory lacking all kinds of resources and partially controlled by a radical Islamic organization firmly entrenched –at least rhetorically– in a zero-sum conflict with an established and much stronger State: Israel.

The impossibility of direct dialog, the extremism of Hamas’ positions and third party interests –especially those of Egypt and Iran– complicate the situation even more, making the clash between Hamas and Israel unsolvable in the current confrontational and violent conditions. By labeling it unsolvable we are highlighting that it has no solution –neither military nor political nor one of any other nature– until the zero sum game’s ideas for resolution are eliminated, meaning: if I exist, you disappear; if you exist, I disappear. “Hamas is not a homogeneous and disciplined organization capable of controlling Gaza. It can’t even control all of its members”

And if the conflict is going to continue existing as a low intensity conflict with sporadic, very violent outbreaks like the current Israeli military intervention in Gaza, the big question is how to deal with it, meaning how to lessen its impact and allow all parties to continue living in the most normal way possible – and if this is even possible. The answer is no. There is no room, in the long run, for a low intensity conflict, since at its core it brings with it outbreaks of violence that make the conflict one of high intensity, and as such, unbearable for both sides.

Let’s mention some more information in order to complete the equation. Firstly, Hamas is not a homogeneous and disciplined organization capable of controlling Gaza. It can’t even control all of its members. Its armed wing, Izz ad-Din al-Qassam, functions in an autonomous – albeit coordinated -manner, working with the political leadership to a certain degree, without there being a clear hierarchy of control and subordination to the legally constituted (democratically elected) political power.

The insistence on the humanitarian character of the crisis – and the anti-Israeli accusations resulting from this – leaves the aggressive anti-Israeli potential of the aforementioned groups aside. The fact that these groups operate in the heart of Gaza’s civilian population is a truism, given that the conditions in the area do not present them with any other alternatives. And it follows that any Israeli military operation against the armed factions of Hamas, “Hezbollah’s model and Israel’s loss of its deterrent ability have been central factors in Hamas’ erroneous evaluation of Israel’s intentions and capabilities”

Islamic Jihad or any other violent group that launches missiles or mortar shells from Gaza into Israeli territory causes innocent civilian Palestinian casualties, even though the Israeli army’s intention is to only attack the armed members of those groups that attack Israel.

It is for this reason that the government of Israel is faced with unsolvable dilemma. As a government, its first commitment is to its own citizens. In the case of the missile and mortar attacks coming from Gaza, it was, it is and it will be the Israeli government’s obligation to defend its population. This duty has been carried out for a long period, and especially since Israel’s withdrawal from the Gaza Strip, through civil defense measures –refuges; reinforced rooms in houses, schools and work places; alarms and alert systems; a strengthening of the medical and rescue services– and also through ceasefires negotiated with the help of Egypt’s mediation, which ensured a relative calm.

THERE IS NO WORSE MISTAKE THAN BELIEVING PROPAGANDA

“Hamas’ leaders did not take into account that the Israeli army learned its lesson from the war in Lebanon in 2006, and has since been trained to wage this type of warfare” The problem has gotten worse ever since the Second Lebanon War of 2006 [7], in which the traditional dissociation between the military failures and political successes that for many decades have functioned as a part of the local political cultures in the Middle East –see Nasser [8]‘s Egypt in 1956 and 1967 as examples– allowed Hezbollah [9] to claim victory over Israel by not having suffered an absolute defeat, despite having suffered very serious losses.

Hezbollah’s model, more rhetorical than real, together with Israel’s loss of its deterrent ability, has been a central factor in Hamas’ erroneous evaluation of Israel’s intentions and capabilities in view of the expiration of the truce and the increase in missile and mortar attacks against the areas of Israel that border Gaza. Political propaganda experts say that there is no worse mistake than believing the very propaganda.

“To what degree is launching an offensive with a high human cost to the Palestinians in Gaza permissible in order to defend the civilian Israeli population?” It would seem that Hamas has been a fatal victim of this mistake, by believing that Israel was incapable of militarily responding to the continuous attacks coming from Gaza, either due to weakness or because Hezbollah –and Hamas continues to be its example– had managed to balance out the military lopsidedness with Israel through its use of missiles and a semiurban guerrilla type of warfare, against which a regular army like Israel’s loses its effectiveness.

Hamas’ leaders did not take into account that the Israeli army learned its lesson from the war in Lebanon in 2006, and has since been trained to wage this type of warfare in an effective manner. But military preparation, a component of any Israeli government’s obligation to defend its own population, does not in itself solve the dilemmas facing Israel.

Along with the rise in the level of violence and the beginning of the military operation in Gaza comes a strong reemergence of the humanitarian dilemma: to what degree is launching an offensive with a high human cost to the innocent Palestinian civilians in Gaza permissible in order to defend the civilian Israeli population? All of this, aside from the impact that television images have on global public opinion and the massive protests against Israel in Europe and the rest of the world, amounts to some problems to be taken into account, and very seriously at that. “Israel has softened, at least on the declarative level, its objectives in Gaza. It is no longer attempting to overthrow Hamas, but rather to bring to an end all types of attacks on Israel from Gaza”

The Israeli military’s attempt to combat Hamas, Islamic Jihad and other groups in Gaza, and at the same time reduce the number of innocent civilian and Israeli soldier casualties, constitutes a contradiction in its own terms. We must remember that it is the Israeli government’s duty to act responsibly in both areas –with respect to innocent Palestinian civilians and the Israeli soldiers themselves–, but a balance between the two valid objectives, which are reached in contradictory manners, cannot lead to positive results in either of the two areas.

The political dilemma must be added to all of this. Israel has softened, at least on the declarative level, its objectives in Gaza. It is no longer attempting to overthrow Hamas, but rather to bring to an end all types of attacks on Israel from Gaza. Israel insists that the Egyptian border must remain closed to future weapons and explosives contraband that could allow the Palestinian extremists in Gaza to rearm themselves and once again carry out attacks against Israel. A ceasefire that includes an exchange of prisoners – including the return of the soldier Gilad Shalit [10], in Hamas’ hands for two and a half years, to Israel – and keeping the six border crosses between Israel and Gaza open continuously, would be the necessary formula to achieve calm in the region.

At the moment, it is difficult to think that all of these objectives will be achieved. What’s more, it doesn’t even matter what the final result is; as long as a Hamas combatant raises a Palestinian or Islamic flag or brandishes a submachine gun in front of a television camera, Hamas can proclaim victory. “It is difficult to think that it will be possible to achieve peace in the Gaza region without international help with the negotiations”

On the other hand, it will be almost impossible for Israel to achieve all of its objectives. The lopsidedness between Hamas, the self-proclaimed victim which, due its weakness, has absolved itself of all responsibility for the events, and Israel, the strong State, labeled the aggressor by Hamas and many others –regardless of the results of an objective examination of the events regarding who assaults whom and who knowingly attacks civilians, as opposed to who tries, in the majority of cases to no avail, to spare civilian lives –will always play in Hamas’ favor.

Even if Hamas reaches an agreement with Israel – with the help of third parties -, there will always be more extremist groups who decide to launch missiles or mortar shells at Israel, and this is intolerable from the Israeli point of view. This is why it is difficult to think that it will be possible to achieve peace in the Gaza region without international help with the negotiations.

When the current crisis ends, and even during the negotiations leading to its resolution, we will have to start thinking about returning to negotiations between the Israelis and Palestinians to lead to the establishment of a Palestinian State. So that this State has the possibility to consolidate, it will need to possess the high levels of institutionalization necessary to allow it to control its own extremists, channeling disagreements and protest into the public sphere and politics, controlling violence and establishing a normal modus vivendi with Israel. All of this will require a lot of aid and support from the international community.

The Israeli and Palestinian dilemma will not be solved violently or militarily. A low intensity conflict is only a base for outbreaks of violence that will not solve anything.

Strangely enough, the crisis in Gaza makes one think that, now more than ever, it is necessary to revitalize and reformulate the ideas that led to the commitments that allow for the achievement of real and effective solutions which, being based on commitments from both sides, are not military in nature, but instead political.