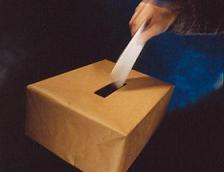 Some 340 million people comprise what can be defined as Latin America’s middle class. And in their hands lies the power to tip the balance at the polls. Consequently, in view of the proximity of the upcoming elections, many parties in the region have begun to head towards the center.

(From Montevideo) TODAY MORE THAN BEFORE, and partly as a consequence of the serious global financial crisis, the essential question revolves around the role that politics should play in driving the economy of a democracy.

For the majority of right-wing theorists, the State should ensure that the market function properly, but not interfere with its results. According to leftist ideologists, the State should do what is possible to correct the inequalities produced by the market. Historically, the left has defended the need to construct a welfare state, a benefactor, with redistribution policies and opportunities for all. The right focuses more of its energy on security, values, the defense of ownership and economic freedom.

However, today, these differences are not clear at all. In both camps, there are incursions into the other side when it comes time to present their electoral platforms, or when they carry them out while in power. The current problem is not between the left and the right, but rather, as the intellectual Mario Vargas Llosa argues, between freedom and no freedom. Or, as the former Spanish president Felipe González said, it is between modernity and populism.

In light of these new realities, the common man, the man of the center, the man of the battered middle class, is becoming more important with each passing day when it comes to decision making in just about every country in which democracy serves as the cornerstone of society.

Why is this happening? “Elections are decided by a relatively small, but crucial, portion of the electorate” Simply because, more and more, those citizens who fall in the center of the political spectrum are precisely those who tip the balance towards one side or the other when it comes time to vote and elect the candidates that they want to govern them.

No one can win in a presidential election without the coveted and increasingly important vote of the centrists, who thoroughly analyze what effects the proposals – particularly the economic ones – put forth by the parties and candidates will have. This is especially true today, as the effects of the economic crisis will continue to leave their mark on the entire world for quite some more time.

Centrism has some main characteristics: the rejection of set political profiles, the avoidance of attitudes steeped in orthodox principles, a certain universal rejection of ideologies and those who defend them, and a taste for moderation, “Obama adapted his discourse to the desires of a large number of Americans, and he multiplied his references to patriotism and faith” for political platforms that are not defined dogmatically, and that voluntarily ease the ideological pressure on the voter until it is almost zero, which would be the perfect center, but which is not always reached.

Elections are decided by a relatively small, but crucial, portion of the electorate. The great majority of voters decide for whom they will cast their vote early on, even before the electoral campaigns begin. For this reason, everyone looks to that less ideologized electorate, and to win those voters over, political parties should avoid excessive leftism or conservatism at all costs. It is not surprising to anyone that the discourses of opposing political parties look more and more similar as election day approaches, and that their so-called differences are often downplayed.

Examples of the pursuit of that centrist vote abound. Liberal and reformist during the primaries, Democratic president Barack Obama headed towards the center in order to defeat his Republican rival; this is a nearly indisputable rule of the game that must be followed in order to win over the American general elections’ wider electorate.

“In presidential campaigns, it is typical to take extreme positions during the primaries and then smoothly drift towards the center” Although change was the nucleus of his message, the current American president adapted his discourse to the desires of a large number of Americans, and he multiplied his references to patriotism and faith. Those voters will now evaluate him, and when he is up for reelection, they will tell him if he lived up to their expectations.

In presidential campaigns, it is typical to take extreme positions during the primaries and then smoothly drift towards the center with the goal of attracting the largest possible number of voters in the general election.

In light of the proximity of the upcoming elections, many parties in the region have started to head down the path to the center.

THE CASES OF CHILE AND BRAZIL

In Chile, the socialists – just like the the majority of the parties of the ruling Concertación – chose former president Eduardo Frei [1] to face the businessman Sebastián Piñera [2], the center-right’s favorite to capture the Coin Palace’s throne. In two devastating months, Frei displaced all of the government’s candidates, despite the fact that the Christian Democracy party was the big loser in the municipal elections, with their percentage of the vote falling from 20.1 to 15.45 percent.

President Lula, who is hoping that his party wins another term, has come to insinuate that there is a possibility that its presidential candidate will come from outside the party.

The Workers’ Party [3] is in power thanks to an alliance with the centrist PMDB [4], which emerged strengthened from the municipal elections, after having won Rio de Janeiro and other cities.

The results of the Brazilian and Chilean municipal elections held at the end of 2008 serve as warning signs for the governments of Bachelet and Lula, more because of domestic problems than the international state of affairs. In both cases, the government’s strategy is to pursue the centrist vote.

The political center is also disputed in Uruguay. In the social-democratic Broad Front, the former Minister of Economy Danilo Astori and the former leftist guerrilla fighter José Mujica are engaged in a tough battle in the media. While Astori defended a Free Trade Agreement with the United States, Mujica and his supporters, among those the Communist Party, do not hesitate to admire and praise the projects being carried out by Castro, Chávez, Morales and Correa.

“Everyone is trying to tweak their platforms and electoral promises in order to reach that magic point at which the balance will tip in their favor. No one owns that political center” The Uruguayan president Tabaré Vázquez and his political entourage believe that if Mujica winds up being the Broad Front’s candidate, the left will lose the 2009 elections to the opposing National Party, as a consequence of moving away from the center’s vote. For the Uruguayan president, Astori is the candidate that would ensure that the party would remain in power, since he would win the vote of the independents and centrists, which proved to be crucial in Vázquez’s own electoral victory.

In the opposing National Party, which is the favorite to triumph in a possible runoff, former president Luis Alberto Lacalle and the former senator Jorge Larrañaga also wasted no time in courting those voters. Both mention the center or make gestures towards that vital electorate, knowing that, at the end of the day, it will determine the winner. Both the government and the opposition know that they cannot win without that portion of the electorate. Everyone is trying to tweak their platforms and electoral promises in order to reach that magic point at which the balance will tip in their favor. No one owns that political center. That vote is won in each and every electoral contest. It is a vital vote in those elections that end in a runoff.

As such, a candidate’s big capital is his centrist image, and his best quality is his ability to not say anything to exasperate that anonymous and depoliticized proportion of voters that possesses the key to gaining power. The selection of the candidate and the government’s political platform is becoming vital to winning.

“The Argentinean middle class recently became one of the decisive social players on the political scene” It is also clear that it is increasingly difficult for the common voter to make a decision. The pressure to shift more towards the center is becoming stronger and stronger, from both sides of the spectrum. It has gotten to the point where each side is accusing the other of following the same policies. In many cases, it is difficult to discern the differences.

The magic centrist vote of the middle class, and its wellbeing, are political campaign topics in many of the region’s democracies.

Some 340 million people comprise what can be defined as Latin America’s middle class, according to a report prepared by CEPAL [5]. The middle class does not make up a bloc; it is neither politically nor socially homogeneous. The interests and ideologies of a single class frequently clash with each other and the vote is no longer guided by the old, traditional ideological guidelines of left and right.

The Argentinean middle class recently became one of the decisive social players on the political scene. During the farmers’ strike that took place between March and July 2008, the middle class publicly and spontaneously staged protests in favor of farming groups and successfully rebelled against the measures put in place by Cristina Kirchner’s government.

THE KEY TO GAINING POWER

“The parties in power want to remain in power and the opposition wants to return to it. And both have their eyes set on that voting bloc, capable of tipping the balance at the polls” The social and political behavior of the middle class and that centrist voter is determined by its interests, as well as the economic context it is facing. With a growing economy, cheap credit and the importation of consumer goods at a low price, the middle class is attracted to the center-right. In the context of a profound crisis, the middle class can be part of the center-left, which attempts to recover its loss of ownership, savings and employment. But above everything, the middle class is always in favor of democracy and opposed to extreme radicalization.

More and more, voters tend to choose those alternatives that maximize their gains while reducing the costs of the decision.

After the end of the Cold War in the twentieth century, this coveted sector of society started to -silently– assume a vital importance in democracies when it comes to voting.