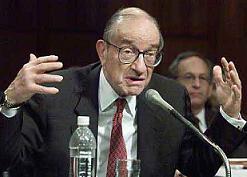 It is impossible to understand or act on the intense collapse of the American and global economy without taking the ethical failures into consideration.

(From New York) IN HIS INAUGURAL ADDRESS, watched by one of the largest global audiences in history, Barack Obama, the new president of the world’s largest economy, pointed out in reference to the current international economic crisis: Our economy is badly weakened, a consequence of greed and irresponsibility on the part of some; he emphasized that without a watchful eye, the market can spin out of control and that a nation cannot prosper long when it favors only the prosperous.

“For the leader of the masses, ethics matters” Likewise, he warned: The success of our economy has always depended not just on the size of our Gross Domestic Product, but on the reach of our prosperity, on our ability to extend opportunity to every willing heart – not out of charity, but because it is the surest route to our common good.

For the leader of the masses, who emerged from the Black population – one of the most discriminated in history and one whose ancestors were sold as slaves – ethics matters.

For him, it is impossible to understand or act on the intense collapse of the American and global economy without taking the ethical failures into consideration.

“The food funds created by NGOs have gone 69 percent over their limit due to the explosive increase in the number of people in need of them” More jobs were shed in 2008 than in any other year since 1945: in the third quarter, 199,000 per month; in the final quarter, 510,000. The level of people who are either unemployed or underemployed rose to 13.5 percent: in other words, 21 million Americans.

The social consequences have been very harsh. In New York City, the number of people dependent on food stamps has reached 1.2 million, while there are a record 50,000 people living on the streets. The food funds created by NGOs have gone 69 percent over their limit due to the explosive increase in the number of people in need of them, which climbed 59 percent in 2008.

The strongest economies have been greatly affected. England’s has fallen the most that it has in the last thirty years: its GDP fell 1.5 percent during the final quarter of 2008. In Germany, industrial production fell 3.5 percent in December in comparison with October; in France, 3.4 percent. According to the predictions for China, the Asian giant will post its smallest level of growth of the last nineteen years.

The markets’ unchecked greed, as Obama has called it: the extreme weakening of the public policies in charge of regulating them, and of their true ability to act, were at the base of the American crisis.

According to all of the available evidence, wild speculation, top executives’ engagement in highly risky behavior in order to obtain the greatest personal gain, the grave mistake made by the risk calculating agencies, who failed miserably, and multiple forms of corporate corruption – exposed in cases like the Madoff fund – fed the crisis and added fuel to its flames.

In contrast, the State stepped aside. Arthur Levitt, the president of the Securities and Exchange Commission [1] during Clinton’s time in office, declared before Congress: A strong supervisor was needed in an overheating market, in order to reign in its dangerously risky behavior. The SEC remained on the sidelines too often.

The Economist, in turn, describes the Commission’s situation as such: It is in chaos, like the markets that it was supposed to monitor.

The need for clear regulations to protect the public interest is being continually stressed. According to Reich in The New York Times, ABC News asked sixteen banks that received money from the 700 billion dollar rescue plan how they used that money, and if they used it to pay bonuses. The majority did not want to answer. Reich highlights: Congress couldn’t get an answer either. “The former Chairman of the Federal Reserve declared that he was in a state of shock in light of the financiers’ conduct”

Meanwhile, the deregulation gurus continue to admit the grave fallacies of the system of ideas that was happily exported to all of Latin America, among other regions. Recently, Alan Greenspan [2], the former Chairman of the Federal Reserve, declared to Congress that he was in a state of shock in light of the financiers’ conduct. He stated: I thought they were going to defend the interests of their shareholders and investors, and they didn’t.

In his recently completed letter of resignation from his post as Senior Counselor at Citigroup [3], former Secretary of the Treasury Robert Rubin expressed his great regret, at not having recognized the serious possibility of the extreme circumstances that the financial system faces today.

“Obama laid out one final warning in his speech: that 60 years ago his father would not have been served in a restaurant in Washington, due to the color of his skin”As a minimum, the following appear to be the guidelines that Latin America should follow: putting ethics back into the economy, mobilizing public regulatory action in defense of the collective interest, technically strengthening and deeply professionalizing the regulating bodies, increasing the citizens ability to exercise social control, and leaving behind the fundamentalist economic ideas that promoted and facilitated the explosion of perverse incentives, which are now negatively impacting the lives of a large part of the planet’s population.

These are all mentioned in Obama’s inauguaration address. But above all, it is necessary to be spurred to action by this warning that achieving the common good is subordinate to the creation of a society with opportunities for all. This has a special resonance in a region that has managed to be the most unequal of all.

Obama laid out one final warning in his speech: that 60 years ago his father would not have been served in a restaurant in Washington, due to the color of his skin. He highlighted that values are real things and that they serve as pillars. He called for solidarity and civil service. He emphasized the kindness to take in a stranger when the levees break; the firefighter’s courage to storm a stairway filled with smoke; a parent’s willingness to nurture a child. Values like these, he stressed, decide our fate.

This touch of ethical realism is very practical for Latin America and Argentina. As Obama pointed out, putting values back into the economy and the daily life, and systematically educating the population in them before doing anything else, will mark the future of our societies, which are extremely hungry for ethics.