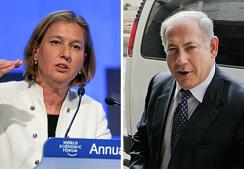 The security threat posed by Hamas forced the incumbent Israeli government into military action, in order to keep face on the eve of the elections. Understand why.

(From Jerusalem) NATIONAL ELECTIONS, REGARDLESS OF whether they are based on a majority or proportional system, are supposed to clearly indicate who is to govern. Nonetheless, the fragmentation of the Israeli political system, technically based on a highly representative proportional parliamentarian structure with a threshold of only 2 perrcent, has produced another stalemate.

The formation of the future coalition government will prove to be a difficult balancing act, leading, as the stalemate indicates, to even more indecision regarding key issues. In this scenario, the defense of established sector interests and the inability to agree on major proactive courses of action give the government a conservative character, and cause it to focus on solving immediate crises.

THE ROOTS OF THE PROBLEM

The roots of the problem lie in the institutional structure of the Israeli political system, as well as in the kinds of challenges that every coalition government faces. A brief review of these two aspects will serve as an introduction. “The problem with the Israeli political system is that it generates unstable multi-party coalition governments unable to make the necessary decisions to move forward with the peace process”

The institutional structure of Israel, with its highly proportional representative system, is a product of its pre-statehood need to integrate various groups of immigrants with their own distinct needs and ideologies into the nation and state building processes. Since integration and political participation –as well as other economic, military and social contributions to this process– were voluntary, a high level of proportional representation made sense at the time. It helped the ruling forces coalesce around what would become the Labor Party [1], in order to work out coalitions and power sharing deals to maximize and canalize social energies for the sake of the future creation of an independent Jewish state in 1948: Israel.

The real problem with the Israeli political system is that, as a highly proportional representative structure that generates unstable multi-party coalitions, the resulting government is unable to make the necessary decisions to move forward with the peace process, particularly when talking to the Palestinians about the dismantling of the settlements in the West Bank, the sharing of Jerusalem as a two-state capital and the return of Palestinian refugees. Meanwhile, the intensity of the Arab-Israeli conflict creates enough tension and instability to preclude the conditions needed to reform the political system and turn it into one capable of making the decisions needed for pacification. This vicious cycle needs to be broken, in both directions.

Ever since Israel gained independence, its founding father David Ben Gurion [2], and most of his followers, “The Israeli political system has become so personalized that many vote for the individual leaders in a system in which the parties control everything, including the election of those very leaders” have unsuccessfully tried to reform the system and make it a more majority-based one by subdividing the country into voting districts, raising the threshold needed for political parties to garner their first seat in parliament, the Knesset [3], and using various formulas to overcome the ills that plague the coalition-building process that follows each election.

The last and most important attempt of the 1990s, the separation of the election of the prime minister from the election of parliament members, ended in utter failure. As such, at the beginning of this century, Israel returned to the old system, with a slightly higher threshold that helps somewhat to reduce the number of parties that succeed in sending their representatives to the Knesset, and facilitates the coalition government building process.

As a result of the unsuccessful attempt in the 1990s to create a more majority-based system by directly electing the prime minister, the political system’s tendency for personalization has increased to such an extent that many vote for the individual leaders –and not the parties– in a system in which the parties control everything, including the election of those very leaders. This has created a kind of negative populism, the main characteristic of which is that, as was the case with Livni, Netanyahu and Barak in the last election, each leader (or main candidate) has to devote more time and energy to defending him or herself from the attacks and slander of the other parties than to proposing strategically thought-out proactive plans regarding how to solve the country’s major problems.

“Participation in Israel’s elections has steadily declined from more than 80 percent two decades ago to only slightly above 60 per cent in the first decade of the twenty first century” The demise of ideologies has developed in parallel to TV politics, in which personal image becomes a central factor, and political marketing –including all kind of gimmicks, like politicians appearing in political satire TV programs or in pubs, discotheques and other non-traditional political venues– rides with the tide, while many voters do not even know that the prime minister is no longer directly elected. Personalism has become a key part of Israel’s political life.

In this sense, Israel looks like any other modern and developed country, yet the country’s politicians are confronted with problems atypical of modernity and development, and bear the burden of a system that, up until now, they have not been able to successfully reform.

Participation in Israel’s elections has steadily declined from more than 80 percent two decades ago to only slightly above 60 per cent in the first decade of the twenty first century. This fact has been taken into consideration by the country’s main political parties, and has contributed to both political personalization and the use of commercial mass marketing techniques in TV, radio and –in the last election– Internet advertisements.

The corruption and personal scandals involving important political personalities like Prime Minister Ehud Olmert (currently under investigation for various charges, and forced to resign), ex-Finance Minister Avraham Hirschson [4] (embezzlement) and Vice-Premier and Minister in the Prime Minister’s office Haim Ramon [5] (charges of sexual harassment while serving as Minister of Justice, before the 2006 Lebanon War) have contributed to Israeli politicians’ lack of prestige and the low voter turnout.

Olmert’s resignation brought about primary elections within his party, Kadima, which was founded by Ariel Sharon in November 2005. They were won by his Foreign Affairs Minister, Tzipi Livni on September 17, 2008. Since she was unable to form a coalition government, national elections were scheduled, with the polls giving Benajmin Netanyahu, the leader of the Likud a very comfortable margin of victory. At the same time, Minister of Defense Ehud Barak was struggling to hold on to his role as leader of the Labor Party which, according to the polls, was losing electoral appeal in 2008. The elections, as a matter of fact, were a result of Barak’s pressure on Olmert to resign, and threat that if Olmert did not go home, the Labor Party would abandon the ruling coalition and bring about elections anyway.

The international financial crisis, which hit Israel fairly hard in the months leading up to the election, was perceived as one of the main political issues. The incumbent Minister of Finance, Kadima’s Roni Bar-On [6], was the target of much criticism, especially from Netanyahu –who has a reputation for being a neo-liberal financial wizard–, for not having taken the necessary measures to prevent the crisis from reaching Israel, “Netanyahu used the situation in the Gaza border zone to attack the Olmert, Livni and Barak government, claiming that they were weak and incapable of solving the crisis” and for having reacted too late to the pension funds problem. Still, the election campaign was rather lifeless at the time, and when December 2008 rolled around, another major crisis broke out.

Relations between Israel and Hamas, which is in power in Gaza, were never good, but they deteriorated rapidly after the ceasefire between the two sides expired on December 19, 2008. Even before then, armed groups from Hamas and other extremist Palestinian organizations had been harassing the Israeli population living in the Negev area bordering Gaza with the constant firing of small Kassam rockets and mortar shells.

Then in 2008, the Palestinians began firing longer range and more destructive Russian-made Grad rockets, hitting the city of Ashkelon on various occasions. Israel reacted to these attacks by trying to hit the launchers and attacking places believed to be ammunition depots or military centers. The escalation of violence reached new heights in the midst of the electoral campaign, and the members of the coalition government knew that none of them could face the election without seriously addressing the issue of the continuous rocket and mortar firing from Gaza. All of the attempts to solve the problem by blockading Gaza failed, since the Palestinians had dug hundreds of tunnels under their border with Egypt and received regular supplies through those channels, including increasing amounts of weapons and explosives. Moreover, Hamas had been preparing a military force of about 15,000 combatants to face any possible Israeli action in Gaza, and had prepared, mined and entrenched urban areas in order to deter Israel from attacking.

Attempts to reach a new ceasefire between the two parties, with Egypt’s mediation, failed. The leader of the Likud used the situation in the Gaza border zone to attack the Olmert, Livni and Barak government, claiming that they were weak and incapable of solving the crisis.

IN PURSUIT OF ELECTORAL BENEFITS?

“One of the main factors in the Israeli elections of February 10, 2009 was actually Hamas, and even the splinter Palestinian extremist groups” But Israel learned its lesson from the Second Lebanon War in 2006, and the army was prepared to act in Gaza. All of these factors set the stage for Operation Cast Lead, launched at the end of December 2008. We cannot definitively say that the military operation was largely a decision made by the incumbent government –which included two of the main candidates, Livni and Barak– in order to obtain electoral benefits; however, we can conclude that for these leaders and their political formations it was virtually impossible to go into an election with Hamas increasing its attacks on the civilian population of southern Israel.

Indeed, there was an increase in support for Netanyahu, the opposition leader, at the polls, as a direct result of the government’s –again, Barak and Livni’s– lack of response to the security crisis generated by Hamas’ attacks. The Likud was easily able to claim that its leader was the only candidate able to deal with Hamas with an iron fist and put an end to the crisis, and portray the government as being indecisive and weak.

All of this leads to a very ironic conclusion: one of the main factors in the Israeli elections of February 10, 2009 was actually Hamas, and even the splinter Palestinian extremist groups. By increasing pressure on the incumbent Israeli government on the eve of an election, they brought about a military reaction and the electoral results that it might entail. Moreover, by either strongly resisting the Israeli attack or not, and exposing the Palestinian civilian population to the horrors of the military confrontation, Hamas and the other extremist groups in Gaza would be playing into the hands of the radical Israeli right, personified on this occasion by Avigdor Lieberman [7] and his political party, Yisrael Beiteinu [8] (Israel our Home), which was founded by immigrants from the former Soviet Union, but has come to attract anyone who has become radical as a result of the security crisis.