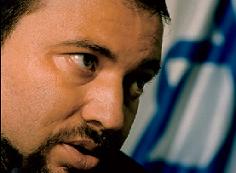 Israel’s transformation from the age of idealism to the current pragmatic era helps explain the acceptance of Avigdor Lieberman as a legitimate politician. Read on to understand how this transformation occurred, and learn how this will affect the Arab-Israeli peace process.

(From Jerusalem) IT IS FAIRLY COMMON for political parties to base their electoral campaigns on a central theme, put forth in their propaganda and published platforms. In the recent American elections, President Barack Obama’s campaign slogan Yes We Can offered hope and change, and it was the public’s craving for this promised better future that ensured his victory. It is not as common to base an election campaign on the proliferation of fear and hate, yet these subjects dominated –both implicitly and explicitly– the more successful political leaders’ speeches in the campaigns for Israel’s 18th Knesset elections, held on February 10, 2009.

A RISING ANIMOSITY AND MISTRUST

“There are a number of factors contributing to the escalating hostility and the rise in mistrust and antagonism, and they include continuous provocations and propaganda from various radical right wing and Hared-religious groups” Since the beginning of this decade, there have been repeated signs that the animosity and hostility that most Israeli Jews harbor towards the Arab population living in Israel has increased considerably. More than the leadership of the central right Kadima party and the right wing Likud party, it was Avigdor Lieberman [1] –who is often compared to the late Austrian Jörg Haider [2] and heads the radical right Yisrael Beiteinu party [3]— who unscrupulously exploited these negative base instincts. He identified this growing trend and tailored his message accordingly, which was eaten up by an impressive spread of Israeli voters of all ages and sectors. As such, the electorate has turned Lieberman into a political force to be reckoned with in the future.

It would be nearly impossible to compare the suspicion and animosity that Israeli Jews currently harbor towards the Arab minority to the way the general public felt in the aftermath of the Six Day War [4] forty years ago, when many believed that the enmity was only skin-deep and capable of being repaired. The present factors contributing to this fear are known… and disheartening. In comparison with the past, the number of casualties has significantly decreased, and is sustainable. During 2008, 36 Israelis were killed as a result of hostile acts from Palestinians in the West Bank or Gaza, of which 17 were civilians. To put this into perspective, more than 400 died –and over 2,000 were seriously wounded– due to traffic accidents. Furthermore, there were no Jewish deaths caused by Israeli Arabs for nationalistic reasons last year, just as there were none in years prior. And yet Israeli Jews continue to view Arab Israelis with suspicion and apprehension, and many refrain from visiting Arab Israeli villages because they believe it is the smart thing to do.

There are a number of factors contributing to the escalating hostility and the rise in mistrust and antagonism, and they include continuous provocations and propaganda from various radical right wing and Hared-religious groups, including Lieberman supporters. In recent years, these aggravations have increased alarm and anger, and strengthened support for Lieberman’s party, which has sent a message saying that it can address such threats effectively.

THE DEMISE OF THE LEFT

The voters’ shift to the right is explained in part by the fact that the Israeli left has essentially disintegrated. “Many years have passed since the Labor party was last a well-oiled machine, organized in municipal and regional branches, led by elected mayors and energized by often challenging ideological debates” The social democratic Knesset members representing the left –whose ties with its declining electorate were weakening– did not realize that their authority as ministers and elected representatives had eroded, and failed to sense the changing mood in what they considered to be their natural hinterland. Their last naturally respected and authority-commanding leader was Yitzhak Rabin [5], who was assassinated in November 1995. In the absence of such a leader, many of the erstwhile left-wing voters shifted further to the right, and voted for Kadima.

Many years have passed since the Labor party was last a well-oiled machine, organized in municipal and regional branches, led by elected mayors and energized by often challenging ideological debates. In the aftermath of the 2006 elections, when most mayors deserted Labor for Ariel Sharon’s fledgling Kadima party, the remaining political leaders –an aging, tired team– proved to be ineffective, and made no visible attempt to revive the party. Indeed, its image as a visible, well-managed political institution had faded away. Likewise, the smaller and more doctrinaire socialist party Meretz, which in the past had called for peace, might have sensed the increasing lack of enthusiasm of many of its supporters for accommodating its Arab neighbors, but had lost touch with its own home base, and was decimated in the elections.

FROM IDEALISM TO PRAGMATISM

“This transformation from the age of idealism to the more pragmatic era that we now find ourselves in helps explain how Lieberman was accepted as a legitimate politician” In order to understand the political map, it is helpful to know that the terms left and right have lost much of their meaning in Israel. Most voters regard Kadima as a center party, labor as left wing and Likud as right wing, yet upon closer inspection many discover that the parties do not carry well-defined ideologies, but rather very similar and pragmatic platforms. Their leaders do not offer operational programs in their speeches; rather, they prefer to project flexible images. The Israeli leadership has campaigned this way for the past decade.

It should be noted, however, that contrary to what they may say, these political leaders are in fact intransigent in their activities, agonizing when called upon to make operative decisions. Accordingly, it appears that in the absence of ideology the public has turned to personalities, preferring Tzipi Livni [6] of Kadima, Benjamin Bibi Netanyahu [7] of Likud and even Lieberman over Ehud Barak [8], the head of the Labor Party. This transformation from the age of idealism to the more pragmatic era that we now find ourselves in helps explain how Lieberman was accepted as a legitimate politician.

It is disappointing that in the recent electoral campaign, none of the main parties called for a continuation of attempts to make peace, or to at least to reach some type of settlement, with the Palestinian population living in the West Bank and the Gaza Strip. And the election results indicate that, even though the security issue remains their top priority, pursuing peace is not a subject that really interests Israeli voters. “One could state that Israel’s founding fathers never anticipated the current radicalization of Israeli society”

Operation Oferet Yetsuka (Cast Lead) has received much public support; unfortunately, far less interest has been shown for such basic matters as ensuring and strengthening the institutions of democracy, civil equality and human dignity.

Some feel that the basic political concepts underpinning Israeli society are often vague and imprecise, and that as a result Israel has improvised as it has developed. Although it is unclear on what grounds these rules were set, the majority of the population does not question the right of the religious parties to establish rules concerning the approaches to the Wailing Wall, and no one seriously questions that it is their absolute domain. Less clear has been what the tenets of modern Zionism are, or whether there is any merit to the claim of the right-wing parties and the settlers that establishing settlements on the West Bank is the primary legitimate way to express modern Zionism. This assertion is then logically followed by stating that those who oppose the settlements are anti-Zionists. It is depressing that what remains of the Israeli left has failed to provide an effective rebuttal of these assertions. More problematic and worrying are the repeated declarations of the right that on public issues, the rights of Arab Israeli citizens should be regarded as subservient and secondary to those of the Jews.

In short, one could state that Israel’s founding fathers never anticipated the current radicalization of Israeli society. It is crucial that Israel, its leaders and civilian population find a way to resist and overcome the prevailing hate and the forces of fear prevalent in these times, and invest in finding ways for Israeli Jews and Arabs to live together in peace.