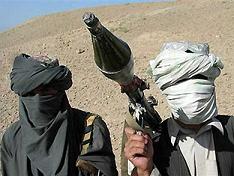 Understand why the war in Afghanistan could turn into an authentic nightmare for Barack Obama, unless he gets commitments from regional powers like Iran, Pakistan and India, aside from Russia, China and the EU.

(From Madrid) PRESIDENT OBAMA IS TAKING HIS TIME in formulating a workable strategy for Afghanistan. During the electoral campaign, he made it clear that the United States’ top foreign policy priority was completing the mission that the Bush administration initiated in the wake of 9/11, and later neglected in order to embark on the mistaken war in Iraq.

The announcement of the deployment of 17,000 additional troops in the next six months constitutes is a step towards the final goal. In all certainty, more troops (around thirteen thousand) will be added when the strategic overhaul has been completed and ratified. The White House is believed to want to double the more than 35,000 current troops. But soldiers will not be enough. During his April meeting with his Atlantic allies, Obama will demand that they contribute more soldiers, police officers and civil aid.

Secretary of Defense Robert Gates [1] took a preliminary survey at the Ministers of Defense meeting held in Krakow, but most participants attempted tiptoed around the issue. Although many allies would like to please Obama, the uncertainties surrounding the war and the economic crisis make it very difficult to do so.

The United States is in an uncomfortable situation in Afghanistan. “Another thorny region is the mountainous one, a porous area where the Taliban finds natural support in the Pashtun tribes on both sides of the border with Pakistan” The government that it has supported, maintained, armed and financed is falling apart at the seams. It barely has control of the capital, Kabul. Even the highest government officials are embroiled in corruption scandals. Not only does President Karzai – who will face some uncertain elections in August – not see eye-to-eye with his citizens, he and his guards are not even on the same wavelength. In a possibly hasty move, he hinted at the eventuality of negotiation with the Taliban [2] a few weeks ago. Meanwhile, said organization is trying to make it through the winter in order to consolidate its position and get ready to resist the inevitable Western offensive.

Some of the testimony coming from Western journalists paints the Afghan government as being unable to hold on to power in both the south and the mountainous regions to the east, on the border with Pakistan. In the south, its traditional stronghold, the former Islamic students are in complete control of the rural areas, and have the regional capital, Kandahar, practically surrounded. Three thousand Canadian soldiers are assigned to secure the city, but their presence is almost invisible, according to Dexter Filkins in a New York Times article [3] published in mid-January of this year. Some observers believe that the Taliban is not taking Kandahar simply because it does not need to.

“The American (and Western) military presence will need between three and five years to achieve its goals” According to a UN report, 90 percent of the world’s opium is cultivated in this southern region of Afghanistan, providing the Taliban with 300 million dollars in revenue. But aside from the fact that its principal means of support can be found there, the Taliban’s chief arms-supply routes also lie within the region. It is expected that the reinforcements that Obama manages to obtain from the allies will be deployed in this region, in order to strangle the Taliban.

The other thorny region is the mountainous one, a porous area where the Taliban finds natural support in the Pashtun tribes on both sides of the border with Pakistan. This is where Osama Bin Laden took refuge in 2001, and appeared to vanish into thin air.

The United States now has 22,000 soldiers, to which a large part of the 17,000 recently announced must be added, along with those that may come afterwards, when the strategy is completed.

At any rate, the solution to the conflict in Afghanistan is not an exclusively military one. To some observers, it isn’t even a fundamentally military one. A few weeks ago, in the only public presentation of the analyses being carried out by the current administration, Gates and the Chairman of the Joint Chiefs of Staff, Michael Mullen [4] established some basic points: “The war in Afghanistan could turn into a nightmare for Obama, in the opinion of the most progressive sectors to support his election”

– The American (and Western) military presence will need between three and five years to achieve its goals.

– The prevention of the reestablishment of terrorist networks is the primary objective, but not the only one.

– The aforementioned will not be guaranteed unless the civil population is guaranteed some principal social services. Security is the most critical one, but humanitarian aid programs also have a strategic value.

– These missions cannot be carried out by the United States itself, which is why it is essential that its allies contribute.

At least five distinct assessments are being used to draft the definitive strategy: the oldest one, inherited from the Bush administration; the one developed by the ISAF Regional Command South; the one prepared by the highest-ranking American officer in Afghanistan; the study carried out by General Petraeus, the Commander of the United States Central Command and the man behind the famous surge in Iraq, which was a decisive factor in the shift in the outlook of the war; and finally, NATO’s campaign plan.

The political and diplomatic information obtained by Richard Holbrooke [5], Obama’s special envoy to Pakistan and Afghanistan, must be added to these military reports. “The lives of the Afghans continue to be terrible: 85 percent are still below the poverty line. It looks like the 11 billion dollars that the United States has spent on improving the social and humanitarian situation have been wasted” Holbrooke has already completed his first tour of the region, although for the moment nothing of great importance has emerged from his initial conclusions.

The war in Afghanistan could turn into a nightmare for Obama, in the opinion of the most progressive sectors to support his election. Prominent Democratic leaders also share this apprehension. Even Zbigniew Brzezinski [6] himself, never one to be accused of being dovish, has stated that we are running the risk of repeating the mistake the Soviet Union made.

Military operations consume 65,000 dollars per minute, an expense that is becoming more difficult to defend with each passing day in the midst of a total economic crisis.

Meanwhile, the lives of the Afghans continue to be terrible: 85 percent are still below the poverty line. It looks like the 11 billion dollars that the United States has spent on improving the social and humanitarian situation have been wasted. And if that weren’t enough, the systematic bombing is responsible for a growing number of civilian casualties (no fewer than five hundred per month), increasingly women and children. This has lead to a greater rejection of the American troops, to the point where Karzai himself was forced to publicly protest.

Consequently, the sectors skeptical of the direction being taken by the administration are clamoring for an alternative strategy that includes commitments from regional (Iran, Pakistan, India) and global (China, Russia, EU) powers in order to consolidate Afghanistan’s sustainable development, prevent the rise of extremism in Pakistan, foster a rapprochement between Islamabad and New Delhi and, at the end of the day, weaken the terrorist threat.