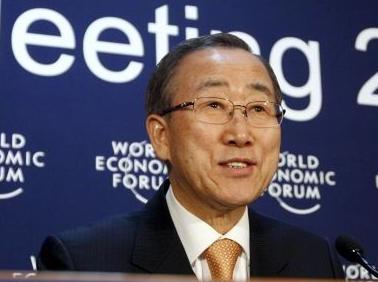 (From Barcelona) THE OUTLOOK FOR THE human rights situation is very distressing in many nations around the world. It shows a serious failure to uphold the Universal Declaration of Human Rights [1] of 1948. The fact that the issue is very well-known does not make it any less serious. But a large chunk of the world’s liberal democracies are also guilty of specific cases of failure to uphold the protection of said rights. In the latest independent reports, the cases of the Democratic Republic of the Congo (DRC) and Spain are presented as examples of both types of failure to uphold human rights.

The current state of things in the DRC is shocking; yet, like with almost anything regarding the African continent, “The civil population finds itself at the mercy of armed groups battling each other for hegemony and control of natural resources” its media presence is much smaller than what the seriousness of the events might suggest. Neither the State’s institutions nor international institutions have managed to control the clashes between different armed groups.

The army appears to be mired in chaos -especially in the eastern part of the country- to the point where the government leans on militias involved in military confrontations in Laurent Nkunda’s [2] National Congress for the Defense of the People [3], which presents itself as the Tutsi [4] community’s guardian against the Hutu [5] Democratic Forces for the Liberation of Rwanda [6]. As such, the Rwandan Genocide of 1984 echoes today in the eastern part of the DRC.

The civil population finds itself at the mercy of armed groups battling each other for hegemony and control of natural resources. “It is in moving from governmental rhetoric to action where the cracks in the democratic leaderships can be found” The UN’s theoretical mandate is clear: it orders the peacekeeping forces to use all means necessary to protect the civil population and humanitarian organizations. But neither this nor the theoretical and unfulfilled arms embargo established a few years ago can keep the population from remaining unprotected.

The figures from the conflict are atrocious: around five million dead in the last decade; the existence of between 3000 and 7000 child-soldiers; more than a million displaced in the east alone; a multitude (exact number unknown) of cases of sexual violence against women and children, etc. “Spain passed a Human Rights Plan, a document that includes up to 172 measures” The current situation in the DRC exemplifies exactly why it is necessary to have at our disposal international institutions to guarantee personal security and a minimum of rights to the population. And there are many more cases of impunity in the face of violation of rights in the world (see Amnesty International’s 2008 Report [7]).

Developed countries are not facing situations quite as dramatic as the one in the DRC. Nonetheless, the human rights situation can clearly be improved in the democratic world. Documents are signed on the international level, but it is the States that must put them into practice. And it is in moving from governmental rhetoric to action where the cracks in the democratic leaderships can be found.

As for the case of Spain, it is obvious that things have progressed in the past few years, “If a report can bring about legal action leading to expulsion, it is obvious that this would dissuade the victims from filing such reports” but there are still several organizations denouncing continued cases of torture, cases in which asylum was denied without first following the proper legal procedure, or the failure to properly inform immigrants of their rights. In December of 2008, the Spanish government passed a Human Rights Plan [8], a document that includes up to 172 measures. One objective is to fight xenophobia and racism. It is a step in the right direction, but we will have to see how it translates when put into practice so that, for example, the people who interrogate detainees be more open, and events such as the case of the secret flights [9], or the case of deportations without rights, do not repeat themselves.

“Democracies must refine information and human rights situation control mechanisms, with the participation of civil society organizations” Also, so that the practice of torture – which has been denounced for years by diverse humanitarian organizations – ceases, and so that immigrant women who are victims of violence have protection. If a report can bring about legal action leading to expulsion, it is obvious that this would dissuade the victims from filing such reports. And since independent investigations do not exist, islands of impunity continue to pop up. The mere presentation of an annual report in Parliament runs the risk of becoming one more rhetorical ritual of the political landscape.

For the plan to be successful, it is imperative that external reports be established. If we want there to be a significant advancement in the protection of human rights, the report must be external and independent of any administration. Internal and mixed reports always create a halo of suspicion, since the State’s institutions act as both judge and a part of the process.

In the democratic world, information and human rights situation control mechanisms must be refined, with the participation of civil society organizations. And a conceptual shift regarding how human rights are viewed must take place: we must go from a strictly individual view of rights -today already very obsolete, and not very realistic- to a viewpoint that includes democracies’ social, national and cultural groups and collectives as entities that possess rights.

On the international level, the leaders of the main global powers are today morally and politically responsible for the fact that we are not moving towards a reform of the international institutions capable of guaranteeing security and the protection of human rights.

This should be a fundamental point of the new American administration’s foreign policy agenda, with the support of the European Union. A geostrategy related to human rights should also be formed on the global level today.