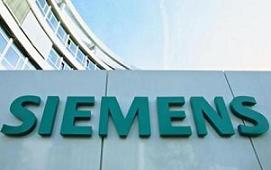 The greater a society’s inequalities, the more easily perverse incentives for corruption are created. This has became more ingrained in Latin America during the last few decades. How to put up a fight.

(From New York) ACCORDING TO AMERICAN COURTS, between 1998 and 2004, Siemens paid 40 million dollars in bribes to top Argentinean authorities in order to obtain a billion dollar contract to produce new identity cards [1]. It also paid Mexico 2.6 million dollars for a refinery modernization project in 2004. As the largest European engineering firm admitted, these bribes were part of a systematic practice carried out in multiple countries for decades. In extremely corrupt countries, the bribes amounted to nearly 40 percent of the contracts’ value; in others, from five to six percent. In total, the firm will have to pay 2.6 billion dollars in fines and for investigations and reforms to the United States and Germany. According to The New York Times [2], Matthew W. Friedrich, the acting chief of the Justice Department’s criminal division, emphasized that corruption in the firm was systematic and widespread. Moreover, the director of the F.B.I.’s Washington field office, which led the investigation, called it massive, willful and carefully orchestrated. Corruption was so embedded in the firm’s corporate culture that, in alleging that they were widespread practices, after admitting his guilt, one of the main men responsible for the bribes, Reinhard Siekaczek, stated: People will only say about Siemens that they were unlucky and that they broke the 11th Commandment. The 11th commandment is: ‘Don’t get caught.‘

The economic costs of corruption are extremely high, and it is the consumers and taxpayers who end up paying for them. It destroys trust, very important in any economy, and it undermines the system of moral values and instills nihilism in the youth.

There are several myths regarding corruption worth examining with an eye to Latin America.

“Bribes in South American countries, kickbacks in Mexico and other similar things are clear manifestations of corruption that must be combated and eradicated” The case of Siemens, and other similar ones, among them the bankruptcy some years ago of the largest private Dominican bank -which absorbed resources vital to the country-, as well as the confirmed bribery carried out by the executives of a transnational leader in Argentina in order to massively sell computerization to the principal public bank, have shown that corruption is not just public. Corporate corruption is an important part of the global problem. In practice, corruption schemes tend to entwine public and private executives.

Up until 1999, the year in which the Organization for Economic Cooperation and Development outlawed corruption, the German fiscal code, among others, allowed bribes to be written off as business expenses. The UN’s Global Pact stopped validating corruption as a private business issue in 2004, when it made the fight against it the tenth principle of its Code of Social Business Responsibility.

Bribes in South American countries, kickbacks in Mexico and other similar things are clear manifestations of corruption that must be combated and eradicated. “The Latin American barometer and a global survey of values reveal a general rejection, lots of outrage over impunity and a growing demand for a strong response” However, society pays the biggest price for the grandiose schemes of economic collusion between businesses and public officials, such as those that have taken place in the arms market, and those that take on other less conspicuous forms of corruption. Among them are: connivance between organized crime and members of the police, influence in the judicial system and environmental crimes.

One of the big issues that arises when bribes become more visible is the transparency of financing in electoral processes. In an incisive study by Ethos and Transparency International in Brazil (2008), more than two thirds of the businesses that signed the pro-integrity, anti-corruption pact believed that, regarding the strategic issue, businesses must support civil society initiatives that monitor the financing of politics, businesses must reveal their political donations not coming from parties or candidates and businesses must only support those candidates committed to the disclosure of the sources of their donations.

The opposite is happening. The Latin American barometer and a global survey of values reveal a general rejection, lots of outrage over impunity and a growing demand for a strong response.

A Harvard University study shows that it’s much more complex than that. Examining a hundred countries, it attempted to single out the element that was most closely correlated with corruption. The econometric correlations identified the level of inequality as being the one most directly related. When a society is very unequal, a small elite is in control of making the big economic decisions, and controls resources and information, whereas the large majority has only a minimal amount of information and real participation. “One of the keys to standing up to corruption is broadening the possibilities for social control” According to the researchers, there are perverse incentives for corrupt practices in these conditions, because no one can control the groups with lots of power, and they can act with impunity. Corruption, in turn, increases inequality. It has been estimated that an increase of one percentage point in a country’s corruption index causes the inequality-measuring Gini coefficient [3] to jump 5.4 points.

The more equitable societies are, and the greater the majority’s participation in education, health and information, as well as the greater influence it has on decision-making, the better it will be able to keep watch and protest, and the less corruption there will be.

These results are especially important for Latin America, as it is the most unequal region on the planet. One of the silent costs of inequality is the incentive for corruption.

How to combat corruption in the region? Some basic recommendations are: increasing equity and debunking the aforementioned – and other – myths, getting at the root of their causes.

In addition, strong policies of reform and judiciary strengthening, support for professionalization of the police institutions in charge of investigating these crimes, the establishment of solid regulatory bodies equipped with effective technical capabilities, and taking the necessary steps to recover foreign assets, are indispensable. After a long process of negotiation, impoverished Haiti has just recovered several million dollars that the Duvalier dynasty had deposited in Swiss accounts.

WE ARE NOT DESTINED FOR CORRUPTION

“The countries that rank highest in terms of integrity, such as those in Scandinavia, have high degrees of equity, solid institutions and a model judiciary” One of the keys to standing up to corruption is broadening the possibilities for social control. This means, among other things, maximizing the degree of both public and private management transparency and installing institutionalized mechanisms for the continuous participation of the population. The results obtained from Latin America’s pioneering developments, such as Porto Alegre’s participatory municipal budget, which has become a global point of reference on the matter and has spread to hundreds of cities in the region in diverse forms, are significant. The complete opening-up of the budgets, the citizens’ analysis of them and their direct selection of priorities, and their accountability, has greatly improved local management and noticeably reduced the levels of corruption and clientelism.

Promoting a culture of transparency and responsibility through the family, education and mass media must be added to all of the above. In both, the other is important. Corruption is the opposite: extreme egoism. In the nineties in Argentina -where this year there are fifteen trials against politicians, ex-public employees, businessmen and bankers from the decade- some sectors of the population ending up getting their values mixed up. The employees and businessmen who would steal and cover up their operations were perceived as being wheeler-dealers, whereas those who did not were a race of idiots. The decade of extreme orthodox policies destroyed part of the middle class and squashed the opportunities of the majority of the population of Argentina and other countries in the region. More still, it caused a profound erosion of values.

Societies have reacted, but they must continue down that essential path. The countries that rank highest in terms of integrity, such as those in Scandinavia, have high degrees of equity, solid institutions and a model judiciary. But what’s more, their culture rejects the corrupt; they are social pariahs. The social, in addition to legal outlawing of corruption is the double battle that must be fought.

Harvard’s study is encouraging, and concludes that after all, we are not destined for corruption.