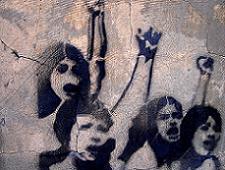 Gender inequality in the working world is something that is lamentably deeply rooted in our societies. The global economic crisis is making it worse.

(Madrid) WITH THIS YEAR’S ANNUAL International Women’s Day [1] –a questionable celebration whose eventual discontinuance just might be reason enough to thrown a party– having just passed, what better time than the present to remember those factors that perennially keep us, half of the world’s population, over on the less favorable side.

Let’s analyze how the issue is related to the disastrous global economic crisis. Indeed, if in general terms women have had less job security than men during times of economic prosperity… this insecurity is only going to increase during the crisis.

“In its report, the ILO announces that the vulnerable employment rate for women could fluctuate between 50.5 and 54.7 percent in 2009″

According to the International Labor Association [2]‘s report Global Employment Trends for Women 2009 [3], the global economic situation could cause the number of unemployed women to increase by 22 million in 2009. This year’s projections for the job market clearly foretell a deterioration at the global level for both women and men, but the negative impact continues to be greater on the job situation of women than on that of men. The estimates predict that the global unemployment rate for women will hover around 7.4 percent, while the rate for men will not exceed 7.0 percent.

A DECREASE IN THE GENDER GAP

“Due to the nature of the workforce of the distinct sectors of their economies, the crisis hit men harder in developed economies”If the report is analyzed regionally, Latin American and Caribbean women will bear a large brunt of the deterioration of the job market, while it is predicted that, in terms of unemployment, the gender impact will be less negative in East Asia, developed economies, non-EU Southeast Europe and the CIS countries. This is due to the fact that the gender gap is smaller in regard to job opportunity prospects.

In fact, something sad is occurring in developed countries: according to the ILO’s figures, the gender gap shrunk in them in 2008. Quite simply, due to the nature of the workforce of the distinct sectors of their economies, the crisis hit men harder.

The reason for this can also explain the historical inequality that has existed. In developed countries, two thirds (if not more, the report adds) of jobs in the mining, manufacturing, energy, construction and transportation sectors are filled by men; and those are the very sectors that have felt the impact of the economic crisis the most. Meanwhile, two thirds of the public jobs in education, health and social services – fields that are probably less affected by the crisis, at least in the short term – are held by women.

In parallel, in many cases, supporting the family (or the feminine survival instinct, if you will) drives many women to accept informal and poorly paid jobs, principally in the domestic sector (14 percent of working women in Latin America are employed in domestic service). And if we add Latin American women’s extra workload to this, their opportunities to prosper are undermined even more, since taking care of the family is still their job.

THE IMPACT OF THE FOOD CRISIS

It’s not only the global economic crisis that is affecting women to a larger degree; the food crisis also did so a few months ago, with its impact being felt by women in developing countries the most.

“Rural women alone produce half of the world’s food and around 70 percent of all food in the majority of developing countries” As the Association for Women’s Rights in Development (AWID) states, the food crisis is one more reminder of the feminization of poverty: even though women produce the majority of food in developing economies, they have less access to the land’s resources, which also causes more of them to go hungry (around 70 percent of poor people are female). The job insecurity of women is much greater in poor countries, which only perpetuates poverty. In the same way, the cultural and/or legal status of women in these countries, often inferior to that of men, prevents them from owning the land that they ardently work regardless.

Rural women alone produce half of the world’s food and around 70 percent of the food in the majority of developing countries, but this doesn’t stop them from receiving less than ten percent of all agricultural loans.

In light of this scene, which is being addressed with caution, and the current economic state, which predicts a general global deterioration of the situation of women, it is almost impossible for the word crisis to not be a feminine term. Indeed: there is a crisis…and it is women,

THE NEED TO REDEFINE GUIDELINES

“If we do not look for equality in the heart of the family, it will be difficult to find it in the social structure” Gender inequality in the working world, as we know very well, is something that is lamentably deeply rooted in our societies. The global economic crisis is making it worse, since it generally entails unemployed women, less control over property and resources, a greater concentration in informal and insecure jobs, lower salaries and less social protection.

However, it is often said that critical junctures can be conducive to a redefinition of guidelines. Of course, this involves will, strength, and a co-responsibility in order to promote quality sustainable jobs, guarantee and extend social protection and favor the involvement of women in the decision-making process.

Naturally, any analysis of the topic, any annual day of female recognition, any condemning demonstration… will be in vain without the commitment and will of society as a whole. Women are not the only ones who must walk down the road to achieve equality. It requires the collaboration of the citizenship as a whole, of the institutions, the norms, the economic sectors, and also the most private area: the family.

Let’s start by all of us – men and women alike – assuming our responsibility.