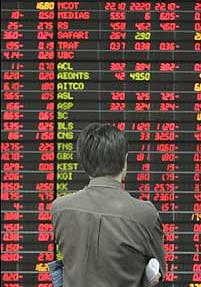 A decade has passed since the financial crisis in Southeast Asia [1] and it is apparent that the region today has matured much more since then with regard to the economy and stock market. Politically, there have been advances and regressions, while at the regional level there is power in the idea of strengthening ties for more integration. However, it is still necessary to overcome unresolved matters such as democratic consolidation and the equal distribution of wealth.

TEN YEARS AGO, THE EYES OF THE WORLD were fixed on the stock markets and currencies of Southeast Asia as they witnessed the catastrophic event which became known as the Asian Financial Crisis, which was the first great crisis of the globalized markets.

At that moment, the forecast of the region seemed discouraging when compared to the vivid situation in Latin America at the beginning of the 80s that brought the lost decade, ending with the same results.

Asia has had a different history due to the economic performance that brought it to a position of greater status and importance in the international hierarchy.

To better understand how it has influenced and will continue to influence, to a greater extent, the process of regional integration of Southeast Asia, here is a brief summary of the political and economic situation that has characterized the past decade.

The impact of the crisis at the regional level fluctuated depending on the country. In the case of Thailand, for a span of six years, there was a drop of 6.1 percent in the rate of Gross Domestic Product (GDP). Singapore recovered in 2 years and its economy grew by 3.7 percent.

“There are more democracies that are strengthening themselves, the political pluralism has advanced and there is more information available”

In actuality, the economies of Southeast Asia are growing, even though the rate of growth varies according to the country. For these economies, the most important lesson learned after the turbulence is the importance of maintaining a sufficient amount of international reserves. According to recent statistics, the total value of the region comes to around 3.5 trillion dollars.

If the crisis has been overcome, the region faces a new challenge: avoiding the trap of the middle class, that is to say, reverting to a trend of the restricted social mobility of the middle class. In the last decade, there have been two related processes pertaining to this idea that also appear to be opposites: on the one hand there has been a reduction poverty rates, but there has also been an increase in inequality regarding the distribution of wealth.

ADVANCES AND REGRESSIONS ON THE POLITICAL SCENE

The example of Burma (Myanmar) is one specific case, where the politicians neither fulfil there half-hearted promises to return to a country with a democratic system, nor allow people to express these desires. The Saffron Revolution that occurred this past September demonstrated one more time the political rhetoric that many times can is far from the reality in which citizens live.

This quote was made by Foreign Affairs Minister of Burma, Ohn Gyaw, in an interview ten years ago. This affirmed the idea that the country was going to enter a period with its priorities focused on the people, peace, development and democracy. People is still waiting for promises.

The political outlook in other countries is more encouraging, already some countries like Malaysia, Indonesia, and the Philippines have advanced in the establishment of democratic institutions, so now the Executive is not more predominant than the other republic powers..

At a general level, it can be said that more democracies are being improved with the advancement of political pluralism and the availability of more information.

THE CREATION OF A SOUTHEAST ASIAN COMMUNITY

Financially and economically, Southeast Asia is today much more mature then it was ten years ago. Politically, there have been advances and regressions, while at the regional level there is the potential for the reinforcement of the bonds of integration.

The ASEAN+3 [2] (Japan, China, South Korea) have also progressed in the past ten years leading the process of integration in East Asia.

Good political-democratic dialogue between the countries is vital when negotiating integration. The actions that are carried out in the time of crisis are those that determine, with the most vigor, the possibility of real regional integration.

The strengthening of the democratic system and the true consolidation for a community of Southeast Asian countries can only be achieved with fair economic development. With a united community, we will finally be entering the century of Asia.