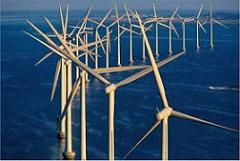 Finally, climate change is at the forefront of the race to the White House in the . Among both conservatives and democrats, consensus and awareness that global warming is an issue that must be urgently tackled is growing. Due to this, environmental lobbyists are winning the battle against ecological organizations.

(From Madrid) THE DIFFERENCE THAT USED TO EXIST BETWEEN REPUBLICANS AND DEMOCRACTS with respect to the environment is disappearing. Even though many Republican candidates have not sketched out a plan, the inconvenient truth has undoubtedly changed the political climate of these elections.

“In view of the new impact that environmental issues are having on the primary elections in the United States, lobbies are staking out their positions in Washington” Historically, environmental issues have always taken a backseat in the national American elections, but this year’s elections are different for two reasons. Not only is there the possibility of a woman being the president of the , but also an African-American; this is truly an unprecedented situation.

Aside from this unusual scene, it is worth mentioning the renewed interest in environmental matters, a point brought up by the majority of candidates, Democrats as well as Republicans. After the results of Super Tuesday the candidates with the greatest possibility of getting to the White House are starting to emerge.

On the one hand, there is Hillary Clinton, who supports an 80 percent reduction in carbon dioxide emissions by the year 2050 and also proposes the creation of a fund for alternative energy and the use of energy in a more efficient way. The other Democratic candidate who also includes several environmental issues in his platform is Barack Obama, who aside from the aforementioned issues includes a bonus for the national automotive industry to produce more efficient and ecological cars.

“Five million American households make contributions to environmental organizations” On the Republican side only two candidates have made any direct references to climate change: Senator John McCain and ex-governor Mitt Romney. Romney is always willing to consider emissions reductions as long as every country joins in on the effort. On the contrary, McCain does not only agree that emissions reduction is necessary; he has declared that climate change and energetic independence are matters of national security.

A DISPUTE OF INTERESTS

In view of the new impact that environmental issues are having on the primary elections in the , lobbies are staking out their positions in .

What is a lobby anyway? Obviously, a political lobby is nothing like a hotel lobby; from a political point of view we could define a lobby as a pressure group that, by employing different strategies, attempts to influence the centers of executive or legislative power with the goal of favoring either their own interests, or the interests of those whom they represent. Lobbies do not generally participate directly and actively in politics (which is why they do not generally form their own parties), but they do attempt to win the backing of a certain political group that could end up accepting or defending the objectives of said group.

“It is also worth highlighting Greenpeace’s work, not only in the United States, but throughout the whole world, which is characterized by more direct action and less time spent lobbying in Congress” According to the director of environmental matters and chief lobbyist of the Environmental Defense Fund [1] (EDF) organization, lobbies are a big business in the United States. Industries and associations have spent millions of dollars contracting hundreds of lobbyists for long term campaigns.

Large organizations such as the American Petroleum Institute [2] (API) have their own cash designated for governmental relations. The gas and oil industry has invested more than 148 billion dollars in environmental improvements for its products, infrastructures and operations.

In the case of the multinational DuPont [3], instead of contracting lobbyists for specific cases, it has decided to set up a fixed group in .

It is currently impossible to know the exact number of lobbies in the United States that defend matters that are in some way environmentally-related, but approximately 3000 organizations that largely represent businesses with offices in Washington exist. In total there are more than 6000 registered lobbyists that work under the name of more than 50,000 clients (retirees, doctors, foreign governments, religious organizations and industries affected by environmental affairs).

According to the Activists Almanac, 5 million American households make contributions to environmental organizations (some 600 of which operate on a local level), a figure that has been constantly growing since the beginning of the Nineties, and has now reached a sum of about 350 million dollars. “In view of the diversity of ecological organizations, their differences when it comes to acting, their very distinct objectives and their distinct specialties, it will be very difficult for them to reach a consensus” In view of such a positive reaction, the environmentalist groups have learned how to attract the attention of the American media and public opinion towards their causes. In the words of Ronald Lang, President of the Industrial Health Council, they are presently the strongest social group, and although they cannot compete with the big industries’ economic power, they can mobilize thousands of volunteers able to open doors during political campaigns and garner many votes.

On the contrary, the former director of the Public Interest Research group (PIRG), Nancy Walzmann, recently stated in an interview that although she does not have anything against lobbies (since she understands that organizations and people need to promote their interests), their excessive use or the pressure that they exert through economic means could have a negative effect and pervert/corrupt the system. According to Greenpeace [4] representatives in the , the American political system favors industry. The big multinationals can allocate more funds than the environmental NGOs in order to hire an elevated number of lobbyists that can manage to push the agendas of these businesses through.

NO CONSENSUS AMONG THE ECOLOGISTS

Only 12 important environmental organizations exist on the national level, but they differ in terms of size, structure and philosophy. These differences lead to disagreements concerning the objectives that they would like to accomplish, and they do not allow for the creation of a common front. Among the most representative of the organizations is the Sierra Club [5], which was founded in 1892 and is the oldest and largest environmental organization in the .

It is also worth highlighting Greenpeace’s work, not only in the , but throughout the whole world, which is characterized by more direct action and less time spent lobbying in Congress.

On the other hand there is also the Natural Resources Defense Council [6], which has lawyers who take care of filing lawsuits. Its work is especially based in legal action against businesses that do not respect the environment. The most radical organization is Earth First [7], which was created in 1980 to fight for the protection of large natural spaces (ecological reserves) in the , but which now has many sister organizations in Europe, and . In view of the diversity of ecological organizations, their differences when it comes to acting, their very distinct objectives and their distinct specialties, it will be very difficult for them to reach a consensus.

If this were possible, they would become one of the most powerful groups inside and outside of Congress, given that in order to find environmental solutions, congressmen need information, and this is where lobbyists play a crucial role in the political process.