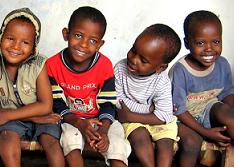 (From New York) HOW DOES ONE MEASURE THE DEVELOPMENT of individual countries and of the planet in general? It has been suggested, and many agree, that a good way is to ask how mothers and children are treated.

The 2008 UNICEF report [1], dedicated to the children of the world, and the report about mothers recently published by the prestigious NGO Save The Children [2], paint a dismal panorama.

The first priority is to provide appropriate assistance during pregnancy and childbirth, and proper care for the baby. Both are very vulnerable at this stage, and the health of the baby and mother are tightly linked. If the mother has serious health problems, they will have a direct impact on the baby.

“All childbirths in Sweden, Norway, and Finland are overseen by specialists. In Niger, this only happens in one in three births” Developed countries take every precaution in this respect. There, only one mother dies in every 14,285 births. In the developing world, however, 500,000 mothers die per year – one every minute. The central reason is the lack of medical care. The World Health Organization recommends that there be one doctor for every 1000 people. There is not one country in sub-Saharan Africa or south Asia that meets this recommendation. In Malawi, Niger, and Tanzania, there is only one doctor for every 50,000 people.

All childbirths in Sweden, Norway, and Finland are overseen by specialists. In Niger, this only happens in one in three births. In Latin America, the work of exemplary institutions such as the Pan-American Health Organization [3] (OPS) has made tremendous progress. However, there is still much to be done; 22,000 mothers still die annually.

Caring for young children is a central theme that should be reflected in politics and governmental budgets. “Fighting malnutrition would seriously reduce deaths from easily treatable diseases such as diarrhea or pneumonia” Even with improvements, the statistics are still very worrisome. Every year, 9.7 million children worldwide die before reaching the age of five–26,000 per day (three per second), mostly from preventable causes. One third of the deaths are children who die during the first month of their lives without having access to the basic health services that could have saved their lives.

It is estimated that the annual deaths of children equal the number of victims there would be if a Tsunami happened every 40 days – the only difference of course being that all the victims in this case are underprivileged children.

Latin America paints a paradoxical picture. “60 percent of children in the developing world are not breast-fed during the most crucial period” It is producing food for three times its actual population, yet 25 percent of new mothers suffer from malnutrition, 42-57 percent child deaths are caused by it, and 16 percent of children suffer from it chronically. The sharp inequality in the region plays a key role, as OPS has underlined in its rigorous work on inequality with regards to health. CEPAL [4] (The Economic Commission for Latin America) has estimated that countries with more difficult food situations could cut the number of starving people in half if they moderately reduced inequalities in access to food.

A key part of nutrition for children is breast-feeding. UNICEF maintains that it is the best source of nutrition for children and that it strengthens their immune system. According to the New York Times, recent research shows that when children are fed with formulas, they run a greater risk for ear infections, respiratory diseases, obesity, diabetes, and even cancer. 60 percent of children in the developing world are not breast-fed during the most crucial period.

“There is no excuse for the neglect with which a planet overflowing in wealth and technology is treating many mothers and children” When we add up certain statistics, the contradictions that result can be almost unbearable. Save the Children shows that Swedish women have on average 17 years of formal education, a life expectancy of 83 years, and that only one out of every 185 loses a child before it is one year old.

By contrast, women in Niger have on average 3 years of education, only 1 in 10 is literate, their life expectancy is 45 years, and 25 percent of their children die before their first birthday. Each woman in Niger will see a child die, and 90 percent will probably lose up to two children during their lives.

There are not many ways to justify the neglect with which a planet overflowing in wealth and technology is treating many mothers and children. “Argentina, Uruguay, and Chile, among others, have made progress in showing that it is possible to change these ethically unacceptable realities” With only 20 dollars, we can give a newborn child all the basic vaccines it needs for its entire life. With 5 dollars we can provide a mosquito net and radically reduce the 2 million deaths that occur annually due to malaria. With only 33 cents we can vaccinate children against measles. 240,000 children are dying annually in 47 countries, accounting for 95 percent of deaths from this disease because one third of children under 5 years old are not vaccinated.

It would only take negligible proportions of the Gross Domestic Product (GDP) of the richest countries in the world to give so many innocent victims a chance at life. According to surveys, the vast majority of people are ready to contribute, though international aid was reduced in 2007 and 2008.

Argentina, Uruguay, and Chile, among others, have made progress in showing that it is possible to change these ethically unacceptable realities. A modest Latin American country, Costa Rica, continues to make progress with a reduced maternal mortality rate that is continuing to fall. In 2007, the rate fell to half of what it was in 2006 – 1.9 deaths for every 10,000 births (five times less than the average rate in Latin America). The director of the program to improve maternal care in Costa Rica said that this number is the product of many years of persistent labor toward the goal of reducing maternal mortality.

In Costa Rica, both mothers and children are a central part of a large national project. There, as it should be worldwide, they are a real priority.