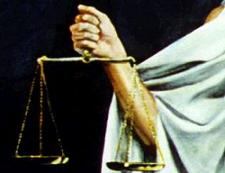 Due to an understaffed and overworked judiciary, the average length of the litigation of criminal cases in the Philippines is 2 years, 9 months, and 22 days. Moreover, due to rampant corruption, the public has little faith in the righteousness of the government in general, and the judges in particular.

(From Manila) FILIPINOS ARE SO USED TO the snail-like pace of the justice system in their country that justice itself is often sarcastically referred to as justiis, a fusion of the English word just and the local word tiis, which means endure.

Such cynicism is not surprising, considering that legal cases take a very long time to be resolved in the country, sometimes even generations. Philippine justice is a matter of endurance, and this favors the rich, as poor people cannot afford the cost of litigation, and even less so a long one. A group of researchers placed the average length of the litigation of criminal cases at 2 years, 9 months, and 22 days, and estimated the cost to the country to be P75,956 ($1,566). This figure is beyond the reach of most Filipinos, “The main reason for the delays is that there are simply too many cases, with very few judges” considering that more than 30 percent of the population lives on less than $2 a day.

And then there is also the nagging double standard: the rich can bribe their way out of jail and the poor are unlikely to get a fair ruling, regardless of whether it takes a long time or not. Too often, those with lots of money or influence who are involved in criminal or sensational cases get to be taken to hospitals for treatment of supposed ailments, thus evading detention, while poor suspects are taken directly to jail, in spite obvious physical injuries resulting from their arrests, or their pleas for a medical check up.

Moreover, as shown in the recent controversial pardoning and release of convicted killer Claudio Teehankee Jr., son and namesake of the late Supreme Court Chief Justice, even the rich are no match for those with connections.

AN UNDERSTAFFED AND OVERWORKED JUDICIARY

The main reason for the delays is that there are simply too many cases, with very few judges. “Worse, court vacancies are never completely filled, which delays the resolution of cases” At the end of last year, the number of pending cases in the entire judiciary was close to 720,000 and the cases pending at all levels of the judicial system keep piling up. This is overwhelming the system, and resulting in a delay in the dispensation of justice.

A simple reason for the case congestion can be explained through the population increase, which naturally leads to an increase in the number of cases filed. With a little over 2,200 judges serving 88 million Filipinos, the ratio of one judge for every 48,000 may come as a shock to judges from developed countries.

Worse, court vacancies are never completely filled, which delays the resolution of cases. There are 455 unfilled positions, or over 20 percent of the total positions for judges and justices. “As the judiciary labors under a heavy caseload, this becomes a pretext for corruption and, in turn, erodes public trust and confidence” Compared to the private sector, government salary is far from competitive; thus, it is difficult to hire qualified professionals for positions on the bench, and this is without mentioning the punishing workload and threats on their lives. And the government can’t just simply hire more lawyers and judges at higher rates: aside from the usual budgetary constraints, the Judiciary’s salary is in accordance with the Salary Standardization Law, and is therefore restricted and subject to its many limitations. Unfortunately, without additional manpower, right now there is no other way to reduce the volume of cases but to double the judges’ efforts.

Moreover, courts also have to deal with the increase in the volume of evidence. Where fingerprints and eyewitnesses used to suffice, technology has created new ways of establishing guilt, from cell phone records to DNA evidence, all of which are explained by expert witnesses.

As the judiciary labors under a heavy caseload, this becomes a pretext for corruption and, in turn, erodes public trust and confidence. “The World Bank says that corruption is a systematic problem in the Philippines that bled the government more than P1 trillion in the last 25 years” In a national perception survey regarding the judiciary, more than 70 percent of the public respondents, including lawyers themselves, see clogging of court dockets as an opportunity for corruption. The public also strongly thinks that the wealthy and the well connected can buy justice. In the same survey, the majority of litigants (70 percent) and lawyers (68 percent) believe that judges can be bribed.

The controversy last August surrounding the Court of Appeals’ favorable decision regarding the power utility firm Meralco, which is owned by the Lopezes, one of the country’s most influential families, highlighted the credibility and impartiality of the judiciary after it was revealed that there had been an effort to manipulate the result. The credibility issue in the private sector has been validated by a perception survey by the Makati Business Club, which rated the Court of Appeals and lower courts as negative 50.

“A well-functioning judicial system is critical to achieving global competitiveness and growth, and it is important for promoting investor confidence” The World Bank says that corruption is a systematic problem in the Philippines that bled the government more than P1 trillion in the last 25 years. Unofficial estimates are that corruption now adds roughly 30 percent to the cost of major infrastructure projects. The Berlin-based NGO Transparency International, which publishes the annual corruption perception index, embarrassingly placed the Philippines in the same league as the Democratic Republic of the Congo, Sudan and Zimbabwe. Last year, the country only scored 2.5 points out of a possible 10, ranking it a lowly 131 out of 180 countries in terms of being the least corrupt.

Furthermore, this is affecting direct foreign investments in the country, which suffered a steep fall of 57 percent in the first half of this year. A well-functioning judicial system is critical to achieving global competitiveness and growth, and it is important for promoting investor confidence. It provides redress from injustice, under a system that ensures access, as well as a speedy and impartial resolution of cases.

THE FOUR OTHER PILLARS OF JUSTICE

Of course, an efficient and well functioning court would not be effective if the four other pillars of justice: the police; prosecution, which is the exclusive domain of the Department of Justice (DOJ); the bureau of jail management and penology; and the community, were to falter. “There are just too many incidents of jailbreaks, which only put the efforts of the entire justice system to waste”

Criminal investigation is conducted by either the Philippine National Police, which falls under the DILG, or the National Bureau of Investigation, a support agency of the DOJ, or both. But in spite of various reforms and public relations campaigns, the police’s image continues to suffer, compounded by inadequate investigation and evidence handling skills, and a lack of preparation of police officers in trials. Police blunders mean botched prosecutions. All too often, prosecutors find that their cases are too weak to pursue; this is good news for criminals and bad news for justice. But police do have a legitimate gripe in that following the law has become much more complicated.

If the police do succeed in putting criminals behind bars again, the double standard still remains, as the rich get to enjoy complete amenities. In fact, prison time for them is sometimes more akin to staying in a hotel, while poor convicts must suffer the appalling prison conditions. Moreover, there are just too many incidents of jailbreaks, which only put the efforts of the entire justice system to waste.

Finally, the community must remain vigilant and steadfast in its pursuit of justice. However, this will only be effective if the public has full faith in the justice system. Otherwise, there is the danger that people will become indifferent or try to take the law into their hands.