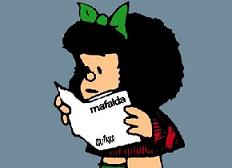 The middle class will no longer be cannon fodder for orthodox and dogmatic economic experiments in Latin America. It has become aware, it is participating more and it will be a decisive player in the shaping of the region’s future.

(From New York) THE MIDDLE CLASS plays a key role in the productive apparatus. It is the principal source of employment; it is estimated that 95 percent of the region’s businesses are small and medium-sized, and that they create 160 million jobs. The middle class is the great consumer market and it energizes the cultural market; its members are present among the massive theater audiences, they read books and they buy newspapers. And they weigh heavily upon elections. They participate on a large scale, they stimulate, they move. They caused the political earthquake that has changed the distribution of power in the region during the last eight years. And they are the base of the NGOs.

THE LOST DECADE AND ITS IMPACT

Their life has been difficult during the past three decades. It has been characterized, among other things, by the following historical experiences.

1. Vulnerability. In the eighties, the decade that lacked growth, and the nineties, the decade that lacked equality, orthodox economic policies weakened their economic bases. They reduced and complicated the possibilities of being a medium to small sized storekeeper or industrialist, independent professional or a stable civil servant. “In just a few years, a large sector of the middle class that had dreamed of mobility turned into the new poor” They concentrated credit, lowered pensions and increased unemployment and unreliability. They dismantled the State and privatized health care and a good part of education. In the nineties, the unemployment level doubled in Brazil, Columbia, and Ecuador, and it increased by a factor of 5.5 in Argentina.

Income distribution varied substantially. In Argentina, the Gini coefficient, which measures said distribution, jumped from .50 to .59 between 1990 and 2002. During the Menem era, seven million people – 20% of the population – fell from the middle class and became the new poor. After the nineties, the Gini coefficients were above .58 in Brazil, Mexico, Ecuador, Paraguay, and Honduras, among others. Meanwhile, the distance between the richest 10% of the population in Spain is 10 times richer than the poorest 10 percent, whereas in Latin America the number approaches 50.

Many sectors of the cornered middle class opted to migrate. In the nineties, a million Ecuadorians – 8 percent of the population – left their country.

DAMAGED SELF ESTEEM AND SURVIVAL STRATEGIES

2. Devastating psychological impacts. In just a few years, a large sector of the middle class that had dreamed of mobility turned into the new poor. They conserved the culture, manners, values, and aspirations of the middle class, but their reality was one of raw poverty. Severe damage was caused. According to a study conducted by the University of Buenos Aires, many families imploded. “The middle class was key in the great movements for change away from market fundamentalism and towards inclusive models”

The man of the house, with his self-esteem semi-destroyed, blamed himself and tended to destroy himself and destroy the nuclear family.

In contrast, as foreseen by the Nobel Prize Laureate in Economics, Robert Solow, unlike what orthodox economists suppose, in long-term unemployment situations, instead of diligently seeking work, many withdrew from the work force due to a fear of being rejected over and over. In an interview with a former member of the middle class turned cartonero (Editor’s note: someone who collects and sells cardboard) in Buenos Aires, he answered the question of how it made him feel to be rummaging through garbage cans every day, he responded: At least I know during the morning that at six in the evening (when the cans are brought out) I’ll have something to do. Social policies must understand that working with the poor is not the same as working with the new poor.

3. The resistance. The middle class invented unprecedented strategies in order to survive. In some big urban centers, the barter economy spread. Knowledge is traded. Dentists and accountants provided services and were paid by artisans, homemade food producers or electricians with their own specialized knowledge. A barter currency came to be created.

4. The protest. The middle class was key in the great movements for change away from market fundamentalism and towards inclusive models that took place during the current decade. They were active in preventing 13 Latin American presidents from completing their terms in office between 1993 and 2006.

They encouraged a profound restructuring of the leaderships, economic politics, the role of the State and the restrengthening of social politics. They were key in successful experiments like that of the participatory municipal budget that, born in Porto Alegro, spread with their support to dozens of cities in Brazil and other countries, or in the achievements in Rosario, Argentina, based on citizen co-management, which garnered the UN’s prize for the best run city on the continent.

The proposition includes lowering the minimum age for incarceration, reducing procedural guarantees, granting the police more freedom, greatly increasing security spending and increasing prison sizes. It does not produce results. In the countries where it has been implemented, prisons are becoming overcrowded with youths and delinquency continues to rise. A recent study (AID) of Central America says that the only explanation for the continuing insistence on the iron fist in light of its failure is that the right-wing sectors use it to gain votes, and the traditional power elitists use it divert attention away from social problems. “The dangers of wild capitalism are not mere theory in the region; rather, they are a part of many people’s personal life stories”

In essence, a difference would have to be made between organized crime (narcotrafficking, kidnappings, the women and children slave trade…), against which the law should be applied to its fullest possible extent, and growing juvenile delinquency, behind which lies the fact that one out of every four children in the region does not attend school (they dropped out because of poverty) and is absent from the job market. We must build an inclusion bridge for these youths, with public policies that offer them the opportunity to finish their schooling and jobs that strengthen their family nuclei.

Certain sectors of the middle class have easily come to terms with the illusions of the simplified and immediate response of the iron fist, and they are serving as social support. Choosing between the iron fist option and the comprehensive approach in view of the insecurity, which involves attacking the problem at its social roots, is one of the dilemmas that the middle class has ahead of it. We are urgently in need of an improvement in the quality of the debate regarding this topic, which is crucial for democracy in the region.

6. The change of reference. The harsh experiences suffered by the Latin American middle class tore down many myths well before the current implosion of Wall Street and the global financial system. From there, the regional surveys have demonstrated, since 2002, its shift away from blind confidence in the invisible hand of the market towards more balanced models. The dangers of wild capitalism are not mere theory in the region; rather, they are a part of many people’s personal life stories. Interest in the models of Western Europe, above all of the Scandinavian countries, and in the Spanish experiment, has grown greatly.

The situation improved significantly for the middle class within the framework of the new models, and the region’s prosperity has increased in the last five years. In Argentina, the middle class regained its position quickly; in Brazil, according to estimates, the middle class would encompass 52 percent of the population today. However, it is far from being consolidated. As it is, only 11 percent of youths in Chile and Mexico graduate from college. The new global economic realities are able to seriously affect a highly vulnerable continent where, in spite of advances, 200 million (37 percent of the population) people live in poverty, and it remains the most unequal of all (the Gini is .51 compared with the (very bad) global level of .40)

One thing is clear. The middle class will no longer be cannon fodder for orthodox and dogmatic economic experiments in Latin America. It has become aware, it is participating more and it will be a decisive player in the shaping of the region’s future.