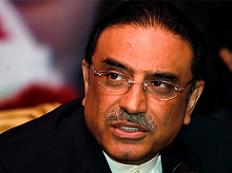 The author contends that the Bush Administration’s approach to the war on terror has relied too heavily on force, and that a deeper understanding of the true nature of Islamic radicalism indicates a mushroom phenomenon in the making. He proposes a realistic, multifaceted strategy, in which political and socio-economic approaches predominate, and force is only employed as a last resort.

(From London) PRESIDENT BUSH BELIEVES that his decision to increase American troop levels in Iraq last year has brought security to said country, and he has criticized those who have said that the logic behind the surge is flawed. Yet Bush has said that the war on terror cannot be won, however, if we treat terrorism primarily as a matter of law enforcement. Law enforcement is an essential part of our strategy, but our strategy cannot be limited to law enforcement alone. He has argued that the United States had indeed prosecuted the Islamic militants responsible for the first bombing of the World Trade Center in 1993, but eight years later al-Qaeda terrorists came back to finish the job.

Yes indeed, the war on terror is much more than just a matter of law enforcement; nobody could argue otherwise. Nonetheless, the war on terror cannot be considered an open-ended war against Islamic radicals of the al-Qaeda type, simply because there are deep reservoirs of ideological support for Islamic radicalism spread throughout the length and breadth of the Islamic world.

THE MISGUIDED AND MILITARISTIC BUSH ADMINISTRATION

Consider the fact that the United States is not only deeply hated in the Islamic world, but also in many nations of the developing world. “The United States is now too arrogant to allow any Islamic nation to keep any territory claimed by the latter as its own” The question is why? These people do not hate Americans themselves, but rather the misguided policy of the Bush administration, which relies too heavily on the use of force. A demonstration of this force came on September 3, when the American military struck inside Pakistan in search of al-Qaeda and Taliban targets, and many innocent Pakistani citizens lost their lives. This marked the first time that American military forces actually entered Pakistani territory to kill these suspects; previously, unmanned Predator drones had been periodically firing missiles from the air onto militant suspects, but no ground troops had entered Pakistan’s territory.

Understandably, this particular incident infuriated the Pakistanis in a way not seen before. Did Zardari’s government strongly protest to the Bush administration? President Zardari did indeed meet President Bush in New York on the sidelines of the UNGA opening session on September 24 and convey the Pakistani viewpoint in a friendly diplomatic manner, but he failed to get a categorical assurance from his American counterpart that the United States will respect Pakistan’s sovereignty in the future. Does the Bush administration even realize that the September 3 attack was a bad idea and that Pakistanis are consequently very angry at the arrogant behavior of the Americans?

Meanwhile, the American leadership has urged Pakistan to intensify the war on terror. The United States is now too arrogant to allow any Islamic nation to keep any territory claimed by the latter as its own. Is Washington not exaggerating al-Qaeda’s presence in the Islamic world? The last attack on the United States occurred in 2001, and al-Qaeda has since been vanquished as an entity. Where does al-Qaeda really exist? “Some Islamic radicals are convinced that the Western powers are the sworn enemies of Islam, and thus need to be fought to the end” Does it exist in northern Pakistan, as the American administration would have us believe? Where does the Taliban come into the equation? Is it not a fact that the Musharraf regime itself supported some remnants of the Taliban for its own narrow purposes: namely, mere survival? The point is that perceptions shape reality, no matter how exaggerated they may be. It appears that, in its desperation to achieve tangible results, the Bush administration is losing its balance, which is essential to winning the war on terror. This brings us to the question: what would indeed constitute a balanced approach to fighting this war on terror?

Most importantly, the radical ideology must be defeated on its home turf: the Islamic world itself. This will necessarily require patience and a concerted effort to discredit the war of civilizations ideology, so to speak. Some Islamic radicals are convinced that the Western powers are the sworn enemies of Islam, and thus need to be fought to the end. The United States in particular is singled out as a demon of sorts, bent on the destruction of the Muslim way of life. With the conquests of Iraq and Afghanistan, the American Empire has encroached upon the Islamic heartland, and these radicals perceive the United States to be on the march, planning the conquest of Pakistan and Iran next. Already, the Gulf region has succumbed to American hegemony and become an integral part of the American Empire, as the ruling elites are dependent on the United States for their own survival.

The governments of Pakistan, Afghanistan and the United States must come up with a realistic strategy to fight and win this war on terror, and that strategy must be composed of three essential dimensions:

The political dimension: In the first place, the political approach must be tried in all earnest, and at once. Any militant who is even slightly ready to consider laying down arms and negotiating his grievances must be immediately engaged and accommodated as well as possible. Many Islamic radicals can be indeed accommodated by the three states in question. This accommodation should include a general amnesty for militants; the point is to engage them at the negotiating table and not on the battlefield. Many Islamic radicals perceive their jihad as rightful and necessary for survival, and thus only protracted negotiations may lead to the eventual laying down of arms. After all, did Britain not engage the IRA in negotiations, which eventually led to peace in Northern Ireland? The nature of Islamic radicalism is political, and so it is best dealt with in a political manner. Simple use of force is not the answer here.

The socio-economic dimension: Secondly, “Pakistan does not need more nuclear weapons, but instead more schools, hospitals, roads, clean parks, sanitation, and basic housing for its people” the United States must do whatever it can to improve the socio-economic conditions of the regions most at risk for militancy. The Pakistani and Afghan states are unable to deliver quality social services or life essentials like food, basic health facilities or even clean water and basic sanitation. The money earmarked for such development is misappropriated, or at best mismanagement and poor planning result in shoddy delivery of essential social services. Doesn’t the United States know about this state of affairs? What steps has the American government taken to bring good governance to Pakistan and Afghanistan? Not much has actually been done, and mere talk will not solve the problems of human misery, backwardness, loss of hope and economic deprivation. Much more needs to be done, and again, it must be done immediately.

The most important step will be taking bold steps to root out corruption and hold the government officials accountable for their neglectful – and at times even criminal – behavior. International corruption watchdogs like Transparency International rank both Pakistan and Afghanistan’s corruption index very highly, and the countries are also ranked very low by the United Nations’ agencies in terms of the Human Development Index. Even in the PQLI – the Physical Quality of Life Index – both Pakistan and Afghanistan are at dismally low levels. It is a shame that a country with a formidable military establishment like Pakistan has a very low level of human development and quality of life. Clearly, the state has failed here, and it is time for a quick reversal of national priorities. Pakistan does not need more nuclear weapons, but instead more schools, hospitals, roads, clean parks, sanitation, and basic housing for its people. Unfortunately, the Zardari government is too weak to challenge the military establishment to change direction. It is a pity.
The use of force dimension: Finally, the use of force must be a last resort, employed only after the drastic failure of the above two dimensions. Clearly, a lunatic fringe of the Islamic movement will continue their jihad against the United States no matter what, so these groups must be isolated from other so-called extremists or radicals through a patient approach emphasizing the political and socio- and economic dimensions of the war on terror. Rather than being trigger happy, the United States must emphasize alternatives to the use of force. Military deployment must be the last option, not the first.

UNDERSTANDING THE PROBLEM IS KEY

In order to combat it appropriately, the United States must understand the nature of the Islamic radical movement. Remember, even al-Qaeda was primarily aimed not at the United states, but at the corrupt dictators of the Arab world who had brought humiliation, poverty, fear, ruin and hopelessness to their own subjects. “The world will certainly be a better place if we take part in some serious introspection after the end of the Bush Administration’s rule” The United States was thus a secondary enemy, since it supported these corrupt, cruel and meek dictatorships. This point must not be lost in the rush to achieve quick results. Patience is a virtue in this war on terror, and only very selective use of military force can be allowed.

There is a mistaken notion circulating in the American corridors of power: that this war can be won by military means alone. A deeper understanding of the true nature of Islamic radicalism indicates a mushroom phenomenon in the making. Essentially, the more we employ force and kill, the stronger Islamic radicalism will grow. Even destroying al-Qaeda or the Taliban would not sound Islamic radicalism’s death knoll. A second or even third generation of Islamic radicals will eventually take their place. Will the United States wage this war on terror forever? Will this never end? Will wanton use of military force continue to fan the flames of war instead of extinguishing them?

The recent actions of the Bush administration have been very puzzling. Is the United States bent on destroying radical Islam once and for all? We surely need some cool thinking here and deeper insight into the situation. Clearly, a hyper superpower on the move has no time for such niceties. The world will certainly be a better place if we take part in some serious introspection after the end of the Bush Administration’s rule. It is hoped that wisdom will come to the new American leadership. In the meantime, the Muslim leadership must also get its own act together and change direction themselves by making the betterment of the hapless Muslim peoples their foremost priority. Unfortunately, this does not yet seem to be on the horizon. As such, it looks like more bloody conflict will be in our future, which would indeed be tragic for all.